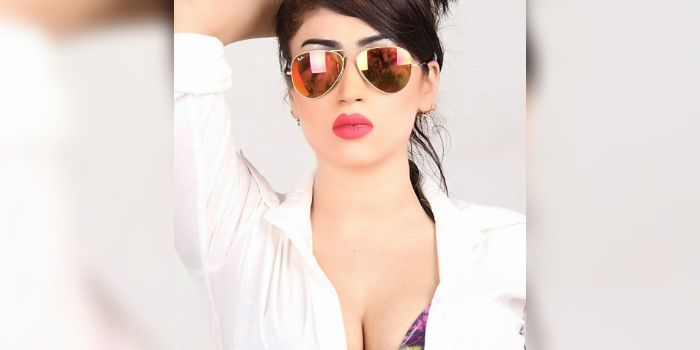 The parents of Fouzia Azeem, better known as Pakistani social media star Qandeel Baloch, who was murdered by her brothers in an apparent case of honor killing, pardoned their sons and urged a court to dismiss the case on Wednesday.

Baloch was strangled to death at her home in Multan, Punjab province in Pakistan on July 15, 2016, by her brother Waseem Azeem.

He confessed to having killed his 26-year-old sister because she brought “disrespect to the family name.” Her brother Aslam Shaheen was also accused in the case.

Waseem allegedly “lost his mind” over the teasing and taunting he faced from neighbors and relatives due to Baloch’s social media presence.

Upon his arrest, he confessed to his crime in front of news cameras but later pleaded not guilty in court.

Yes, I killed her last night. Strangled her to death… I am not ashamed of killing her… She was doing videos on Facebook and dishonoring the family name.

Baloch’s parents, Muhammad Azeem and Anwar Bibi, submitted an affidavit in court this week forgiving both of their sons and asking the court to acquit them, according to Pakistani news outlet Dawn.

The affidavit stated that Baloch’s murder case was registered on July 16, 2016, while the change to Anti-Honor Killing Laws (Criminal Amendment Bill) 2016, which prevents killers from walking free despite forgiveness from the victim’s family, was made three months later and could not be applicable in this murder case.

The legislation mandates life imprisonment for honor killings, but whether a murder can be defined as a crime of honor is left to the judge’s discretion, Geo TV News reported. According to the affidavit, the allegations that Baloch was killed for “honor” were “contrary to facts.”

After the law was passed in October 2016, Baloch’s parents had initially vowed not to forgive the murderers and expressed anger at the loss of their daughter, even calling for capital punishment.

In an interview with BBC Urdu, Azeem told reporters his son should be “shot on sight…Waseem snatched from us our beautiful Qandeel.” Her mother echoed this statement, adding that there was “no question of pardoning Waseem” or any of the others accused.

The court has rejected the appeal to pardon the accused murders stating that the parents’ pardon would be setting an extremely dangerous precedent for future cases of honor killings.

According to a report by the Human Rights Commission of Pakistan (HRCP), approximately 1,100 women have been murdered in honor killing cases in 2015 alone, and those are only the ones that have been reported. Baloch’s case has gained global attention and sets a precedent for the future of such cases in court.

Vidushi is a student of journalism and politics at the University of Stirling in Scotland. She has worked on radio shows and newspaper articles throughout her university career and hopes to end up as a TV reporter someday.