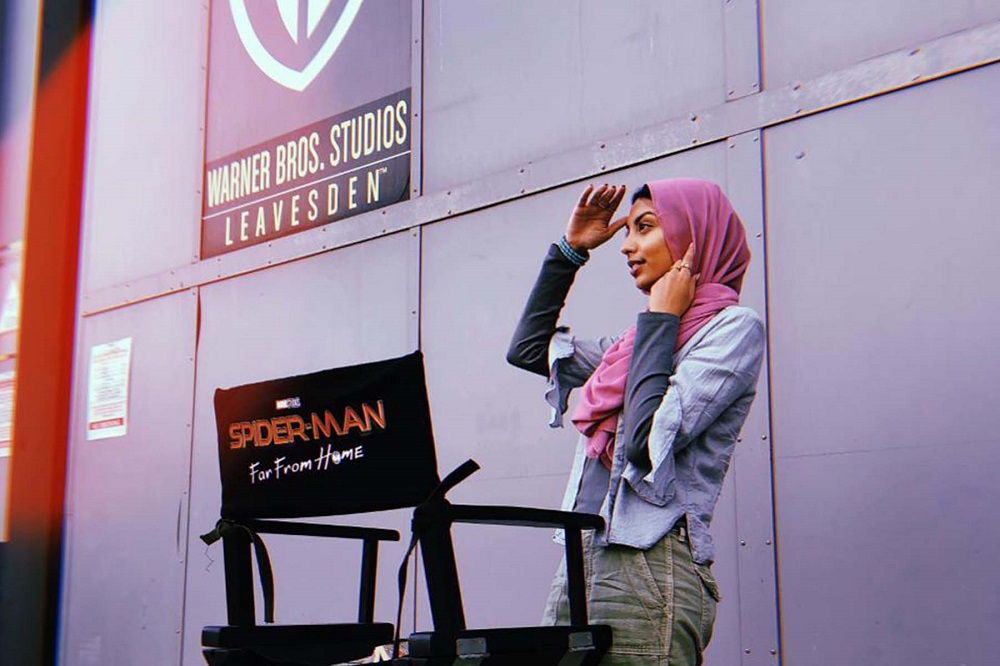 As a minority, I hope that media franchises come to a place of prioritizing diversity and inclusiveness of people from all walks of life in their scripts, casting, and production. And although I can’t speak for all franchises, it is with great happiness and genuine joy that I can say that the Marvel Cinematic Universe is very well on the path toward better and more proportionate representation.

A recent, absolutely heartwarming example of better representation was Zoha Rahman’s character in Spider-Man: Far From Home. Her character, with virtually no lines and no clear characteristics, was some of the best Muslim and South Asian on-screen representation I have ever seen in mainstream media in my life.

Why? Because she was an average teenager, just like me (minus the acne). She was no different than any of the other teenage characters on the cast. She was merely an over-achieving student who was on a trip to Europe with her classmates and science teachers because that’s what overachievers get to do. She wasn’t a compilation of South-Asian and Muslim stereotypes. She was your average North American, high school student because amongst average high school students, there are hijabis and amongst average high school students, there are students of South Asian backgrounds.

[Read Related: Ms. Marvel AKA Kamala Khan Might Be Coming to the Big Screen]

This is the hardest, and by far the best secret I’ve ever had to keep. . . When I was asked if I was happy to wear a hijab for this role I basically jumped into it, full force, sent selfies in a dupatta as a hijab straight away to the casting director. . . You see, I was a little brown girl who watched movies and adverts and tv shows and cartoons and billboards but never saw herself. So this was a private little mission, to see myself where little brown girls didn’t belong. And as this grew, I realised how selfish I had been to think I was the only one thinking and feeling and hoping the way I was. So this one’s for all of us little brown girls, all of us little girls, all of us little boys, all of us changing the stories we tell from now on ? . . ? PC @remyhii ?

As someone who at a fairly young age realized that she was a minority, I’ve learned to compensate for the fact that I have not been and continue to not be well-represented by the mainstream media. My favorite example is the fact that I refer to Tom Holland’s Peter Parker as some of the best on-screen representation I have ever seen of myself. A nerdy, teenage character who appeared more petite than your average superhero was all that I required to feel represented. However, I can’t say that these connections can be made for everyone. The fact of the matter is that there’s no feeling quite like that of seeing someone that looks like you on-screen and that’s really all minorities are asking for.

I’ve reflected and I’ve reflected. I’ve stewed and stewed, constantly coming back to the same question, that is: is it really that difficult to give more screen-time to actors from minority backgrounds?

If one cinematic universe is able to begin making their way down the path to better representation, why can’t they all? Is it really that difficult to give us a character that looks like us and acts like everyone else?

It was easy peasy for you to represent aliens and science experiments gone wrong for the better. Therefore, how difficult is it really to put a South Asian or a Muslim character into your universe’s midst as an average citizen?

My cuties, we’ve all worked so hard and look at what’s happened! So so proud of us all, bridging the gaps in the industry by doing what we love ??

Although I must be honest, some franchises are making commitments to focus on better representation. Take the Marvel Cinematic Universe for example once again. They recently announced their plans for their fourth phase at Comic-Con in San Diego. They’ve announced plans for programming with not only women headlining countless projects, but also the world’s first Asian superhero, Shang Chi, played by Canadian Kim’s Convenience star, Simu Liu.

In the end, it’s in the hands of these franchises to do better, to be better, and to represent better. The world is filled with talented minorities who are patiently waiting for you to give them a moment to shine and it’s up to you to put aside your traditional ways and pave a path into a future of better, equal representation, with the knowledge that it takes so little for you to make the minorities of the world feel represented and a lot less minor.