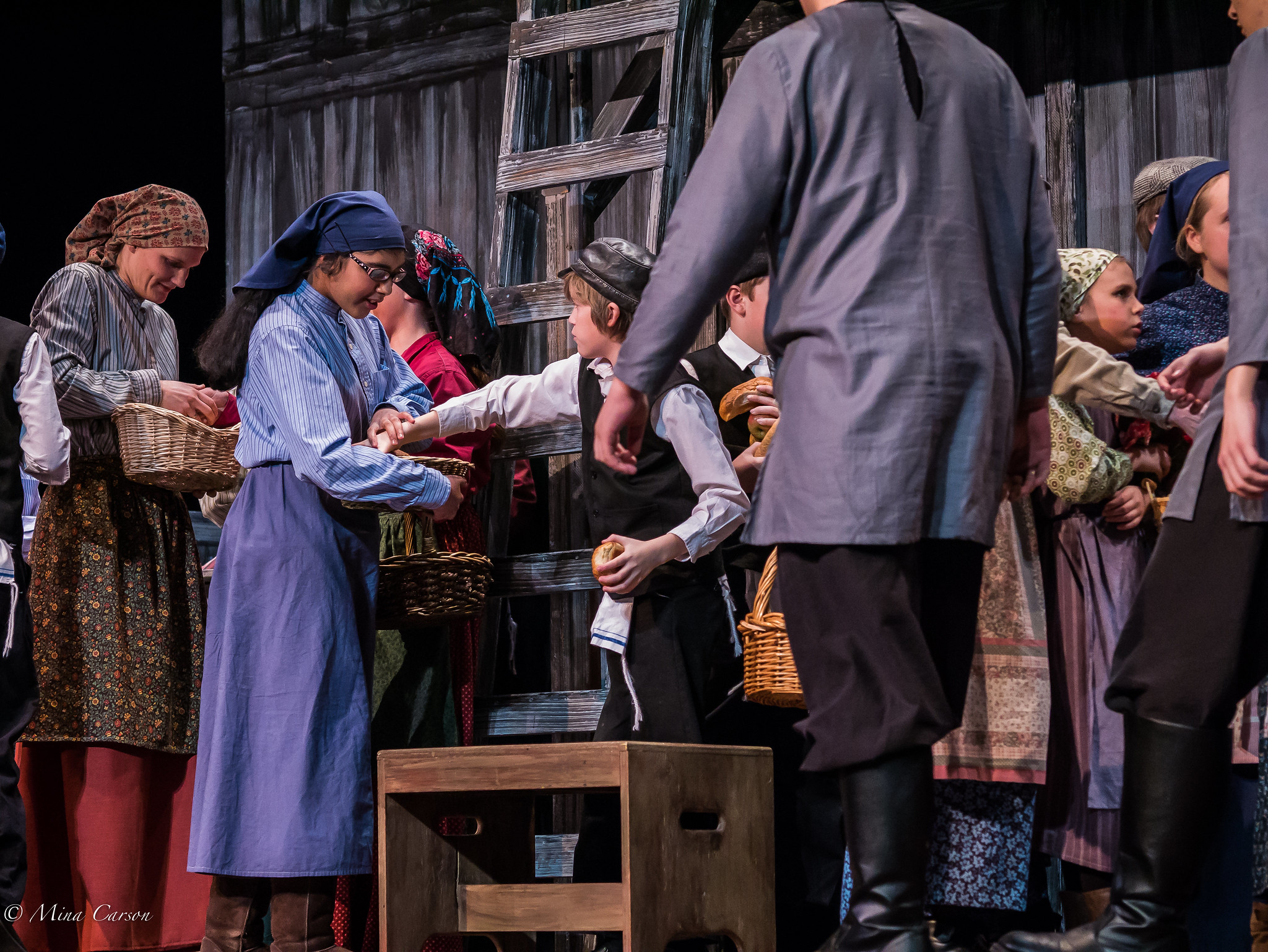 When I was five, I used to jump up and down every time I saw an Indian actor on TV. I’d drag my dad into the living room and demand he pays close attention to 30-second Intel commercials featuring an Indian person in the background. My dad complained, always asking me why it was necessary that he watched these commercials. I’d simply grin and say to him,

because even as a five-year-old, I knew how important it was to be represented in the acting world.

Throughout my early childhood, I constantly searched for people who looked like me on stage and screen. I loved acting but for years there was nobody of my ethnicity to show me it was possible to succeed in a performing arts career. The only representation I had of myself was Hari Srinivasan from the PBS Newshour, and he wasn’t even an actor.

However, I didn’t let this obstacle discourage me from pursuing my passion for theater. I auditioned for show after show as a kid because the live theater was exhilarating. Telling stories to an audience led me to discover new things about myself and instilled in me a great deal of self-confidence. I wished every person could experience that, regardless of their ethnicity.

It wasn’t until I got cast in the role of Tituba for my high school’s production of “The Crucible” that I realized where my underrepresentation came from. The role of Tituba is meant to be played by an African American woman, and although I wasn’t African American, I got cast in the role because I was the only female person of color who auditioned for the show. My director also had a history of not casting racial minorities in traditionally white roles, and this lack of color-blind casting fueled the broader absence of minority representation in acting. This experience led me to think a lot about how greater representation could be achieved. How were South Asians supposed to get roles in the theater if there was both an unwillingness to color-blind cast and a lack of South Asian playwrights to create roles for them?

My experience with “The Crucible” temporarily discouraged me from pursuing acting recreationally. What was the point of auditioning if I was inevitably going to get rejected because of my ethnicity? For the first time, I felt closed off from the arts as a form of expression. I experienced what many professional South Asian actors go through on a day-to-day basis, which frustrated me because I loved theater so much. I wanted to have the same opportunity in the arts as everybody else but I sensed that there wasn’t a place for me.

This all changed when I discovered Shoba Narayan, the first Indian American woman to star in a lead on Broadway since “Bombay Dreams.” Seeing her overcome the lack of color-blind casting in theater inspired me to believe that maybe there is a path for South Asians to succeed in the arts. If Narayan was able to overcome the discrimination in the industry, perhaps other South Asians could as well. But I wasn’t just satisfied with sitting around and waiting for that to happen.

I wanted to do something to make that happen, and I still do. The fact that professional actors often get rejected because of their ethnicity is incredibly demoralizing, not just for them but also for the little kids longing to watch versions of themselves on stage. Seeing Narayan succeed despite the odds against her instilled in me the motivation to change what I saw in the world of theater. Her success combined with my frustrating high school theater experience motivated me not to give up but to prevent what happened to me from happening to professional South Asian actors.


I wish to pursue a career in theater management so that I can fix the problems I see that are limiting opportunities for South Asians. My goal is to start my own theater company for professional South Asian actors, giving them a platform to build their careers and obtain future roles on Broadway and off-Broadway productions. I’d like to be the casting director who celebrates my ethnicity and the employer who hires South Asian playwrights to fill the void of representation.

I also want to help create role models, like Shoba Narayan, whom young kids can look up to and feel proud seeing versions of themselves on stage. I want to give them the representation I did not have as a child and expose them to the theater as a possible career option. By pursuing a future career in theater management, I hope not only to empower youth, but also to inspire professional minority actors to persevere in their careers despite the obstacles they may face.

Soumya Tadepalli is a first-year Theater Management major at Syracuse University. She is a proud Indian-American and loves channa masala, Zee TV and stand-up comedy. Soumya is passionate about the issue of representation in the performing arts and hopes to one day start her own theatre company for South Asian actors. In her spare time, Soumya can be found catching up on episodes of Kumkum Bhagya or jamming out to her favorite Broadway show tunes.