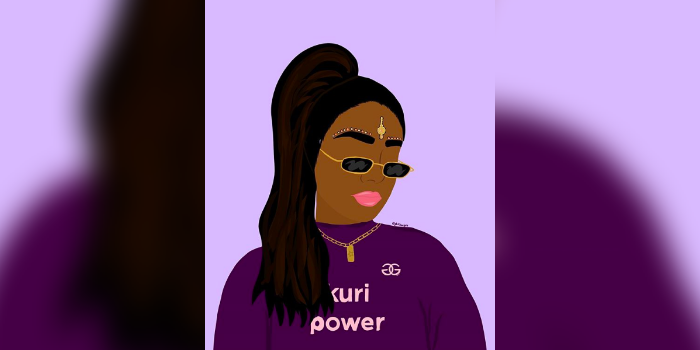 “Chaitanya Balasubramanyam, MBA.” I felt a warm tingle down my body as I said those words to myself. After two long years of taking business classes, consulting projects, and holding down part-time jobs, I’d finally earned the right to add “MBA” to the end of my name. Not only did I graduate with my master’s degree, but I also had a job offer in hand, working in a role that was exactly what I’d set out to achieve. I was on top of the world. I felt that nothing could bring me down. Marriage was not even a thought.

That was until I saw the look on my mother’s face.

“Why do you care?” she said, rather defensively, “You don’t care about my feelings. You’re 26 now and you refuse to get married.”

“Here we go again,” I thought to myself. When I would marry was a tangent both my mother and father had been on for the past year and a half, since my 25th birthday. It’s like as soon as I crossed 25, alarm bells went off in my family’s head saying, “Alert! Alert! Expiration date approaching!”

Ever since, things took a drastic turn for the worse. What once used to be my parents and I catching up and talking about each other’s day has turned into them trying to figure out when to slip a new marriage prospect into the conversation, even if it meant completely ignoring me when I was talking about what was important to me.

I vividly remember one of the biggest adrenaline rushes I’ve had, which was just last month. I climbed up a 30-foot tall boulder in the middle of the pristine Soca River in Slovenia and then jumped off of it during a rafting trip. It was one of the most terrifying yet thrilling experiences I’ve had. It was one of those moments where you genuinely feel happy with yourself and get a headrush that most associate with falling in love.

[Read More: Dear Shanita: I’m 30 and Mom Still Gets Upset When I Go Out]

I called my parents to share my adventures from that day. I wanted to let them know how much fun I’d been having in Europe so far. Let them know how happy I was with my life at that moment.

“Seri, seri – that’s nice,” my father mumbled. Then he quickly moved onto another topic. “I’ve sent you some photos of a nice boy. He’s well-educated and from a well-to-do family,” he insisted. I immediately felt tears running down my eyes. This moment where I felt so content with myself and how amazing my life was, immediately turned into a grey cloud of failure, sadness, and loneliness. The fact that I was having the time of my life in one of the natural wonders of Eastern Europe, discovering new hobbies and interests didn’t mean anything over the question of when I would marry. Because at the end of the day, I was already 26 and still hadn’t found a suitable husband. And that’s really what mattered.

This painful cycle continues as I write this article. I can’t say I’ve come up with a solution in terms of getting my parents to understand that pushing marriage on me isn’t adding any happiness to my life and certainly isn’t going to make me find a partner any quicker. I can’t say that they no longer believe that a fulfilling life consists of being married at the “right” age. And I certainly can’t say that their comments don’t get to me and crush my self-esteem at times.

But what I can say is this: There’s a lot more to me than marriage, and it’s ultimately up to me to remind myself of that whenever I feel down. I have a great job, I’m financially independent, I have a set of hobbies that I love, and I have amazing friends with who I enjoy spending time.

Finally, I have to remember this: While my parents may think I’m difficult and unrealistic about what I want, I know marriage will be something I will do when I decide it’s the right thing for me; when I fall in love with a man and am so crazy about him that I know I want nothing more than to spend the rest of my life with him. Marriage will be a choice for me based out of love and my personal desire, not something done out of duty, or because it was the next thing I had to cross off on my agenda.

[Read More: Behind the Ghoonghats of ‘Happily’ Married Indian Housewives]

And that’s what we ultimately have to remember when we feel terrible about our parents or other family members putting us down because we’re not married yet. They don’t mean to hurt us or make us feel bad. They’re only passing down what they were taught: that if you’re a 20-something and not married, something is terribly wrong with you. There just wasn’t another option.

But that doesn’t have to be our reality.

If we marry, it will be because we’re so in love with our partner that we just can’t wait to take this next step in our lives together. If we marry, it will be because we took the time, really thought it out, and ultimately decided it was the next best step for us. And we’ll take our sweet time. We’re not going to rush into things because our family members keep pressuring us about how we need to have kids soon. We’re not going to force it because all the aunties keep saying “Wow, you’re approaching your 30s, beti.” We’ll get married because we decided it was a good idea, void of any social pressure, feelings of obligation, or emotional blackmail from our elders.

And even if we choose not to marry, that’ll be completely okay too. We’re lucky to live in a day and age where the entire ideology of independence, individuality, and putting one’s self first is gaining traction over the collectivist family structures in which our older family members once lived. If you’re happy with where you are career-wise, if you feel like you’re scratching things off your bucket list, and if you feel like you’re conquering your own personal challenges, guess what? You’re already living a self-sustained, fulfilling life.

So pay no mind to those antiquated standards of happiness that your family is trying to push on you right now. Put a smile on your face, get excited about your activities for the day that make you feel alive, and always remember: There’s more to you than marriage.