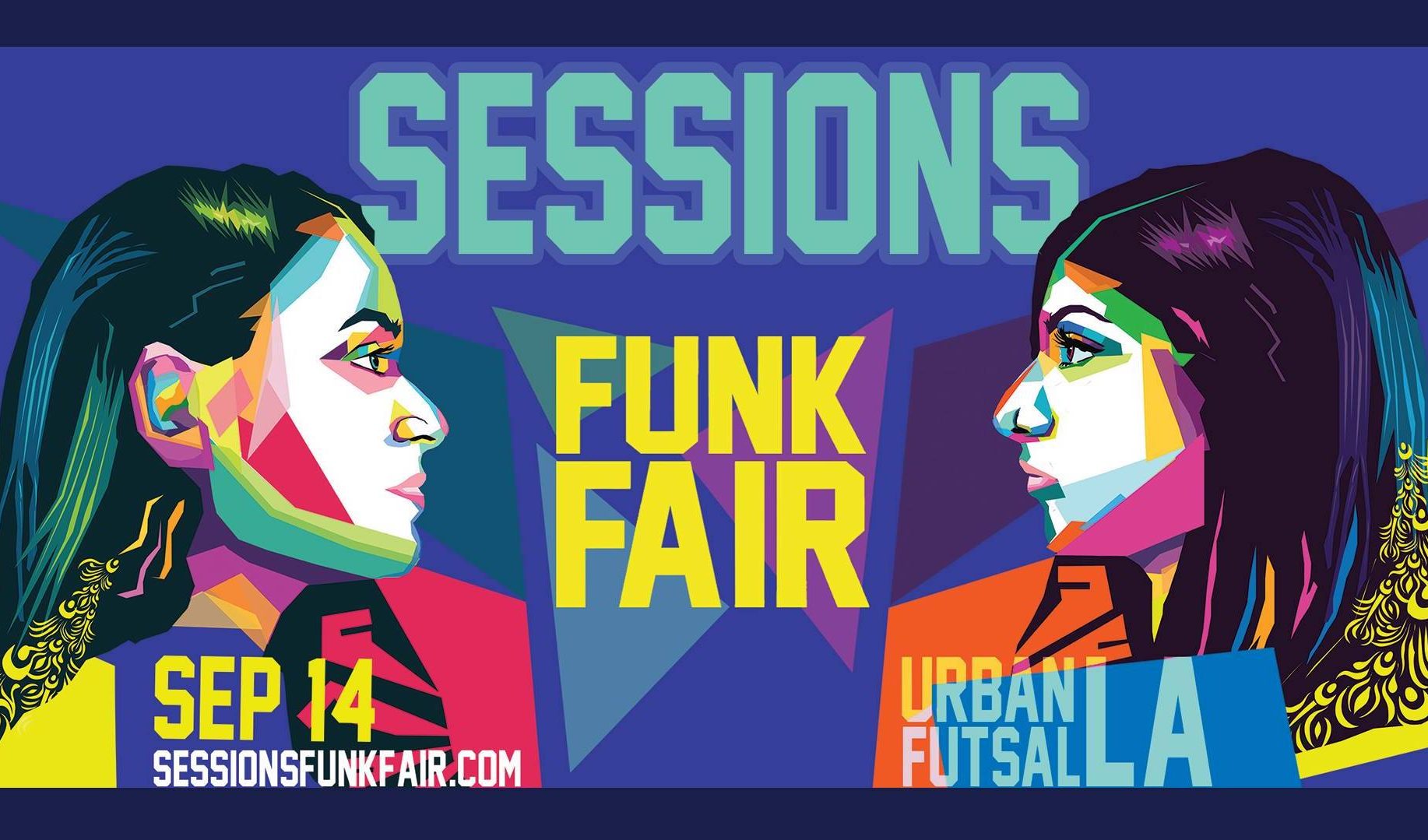 Whether you’re scrolling through their Instagram videos in your oversized sweats, or take their class, Chaya Kumar and Shivani Bhagwan have transformed the meaning of “fusion” through the creation of BhangraFunk / BollyFunk. BFUNK is a world renowned dance company grounded in Indian and Western dance. The company has connected different cultures through dance for over three years now. Not to mention, they’ve become a worldwide phenomenon with a growing influence within Bollywood.

On September 14th, Chaya and Shivani are taking their empire to the next level in the first ever Urban Indian Mela, LA’s first Funk Fair, with the help of PopShift Magazine and Toyota.

In South Asian culture, a mela is typically a large gathering for religious, commercial, or sporting events. This mela is where East meets West: a true personification of tradition meeting growth. We had a chance to sit down with these esteemed choreographers to talk about their journey and what we can expect from this very special Funk Fair!

How did you guys come up with the name BFunk?

We started with teaching BhangraFunk classes. As we went mainstream, it was best to go by BFunk. The name BFunk allows people to decide what they consider is Funk.

How did you two find each other?

Chaya and I met during happy hour at a Mexican restaurant on a random weekday. Chaya was with her friends celebrating a birthday. I was sitting by the bar having lunch! She walked to the bar and showed her Texas ID to the bartender. I immediately noticed and struck up a convo. I mean who doesn’t love people from Texas. We started talking and realized we had some mutual friends through the collegiate dance world. The rest is history.

Throwback to exactly 1 year ago… our wefunk tour launch party. What an incredible night to send us off on what was one of our biggest endeavors till date. We will never forget this night. Check out the insta story for a recap of the epic night ? LA- y’all ready for another one?? ?? – – – ?: @visualsofupal

How has BFunk changed your life?

BFunk has given us the opportunity to choreograph and dance together while growing as individuals. BFunk provides us an outlet to express any possible art form. We are dancing, producing, directing, editing and casting at a feverish pace. We feed everything through BFunk to build a company that is unapologetically ourselves.

Why do you think BFunk, a company that promotes fusion and celebration, is important today?

In this age, people look to dance and music as outlets to promote unity. BFunk is celebrated internationally across all cultures, religions and ethnicities. It goes to show that anyone can tackle any dance form they put their mind to. We value diversity in and out of the workplace and want to show the potential of society without any ethnic limitations.

What’s the funniest thing that’s happened during a class?

During the tour last year, a student came up to us at the end of class and told us that she gave birth to her son while watching our videos.

Tell us a little about what Funk Fair is and what you hope it accomplishes?

Funk Fair is an Urban Mela taking place at UrbanFutsal September 14, 2019 from 2:30pm – 9:00pm. With the changing landscape, our mission is to provide a multidisciplinary festival for young South Asians that are hungry for an experience that speaks to their hybrid identities. Not only do we want to celebrate hitting a million subscribers with our fans, but we want to celebrate this ever growing community we have built.

What can people expect if they attend?

People can expect a day filled with games, food, drinks, laughter, and performances by Anik Khan, The Williams Fam, Dr.Srimix and many more.

Tickets are NOW AVAILABLE and they are going fast!! You’re not going to want to miss out on this day filled with dance battles, henna, food, and music all from your favorite dancers and performers. You can even purchase VIP packages and meet these trailblazers in person! For more information, find BFUNK on their official website, Facebook, Instagram and YouTube.