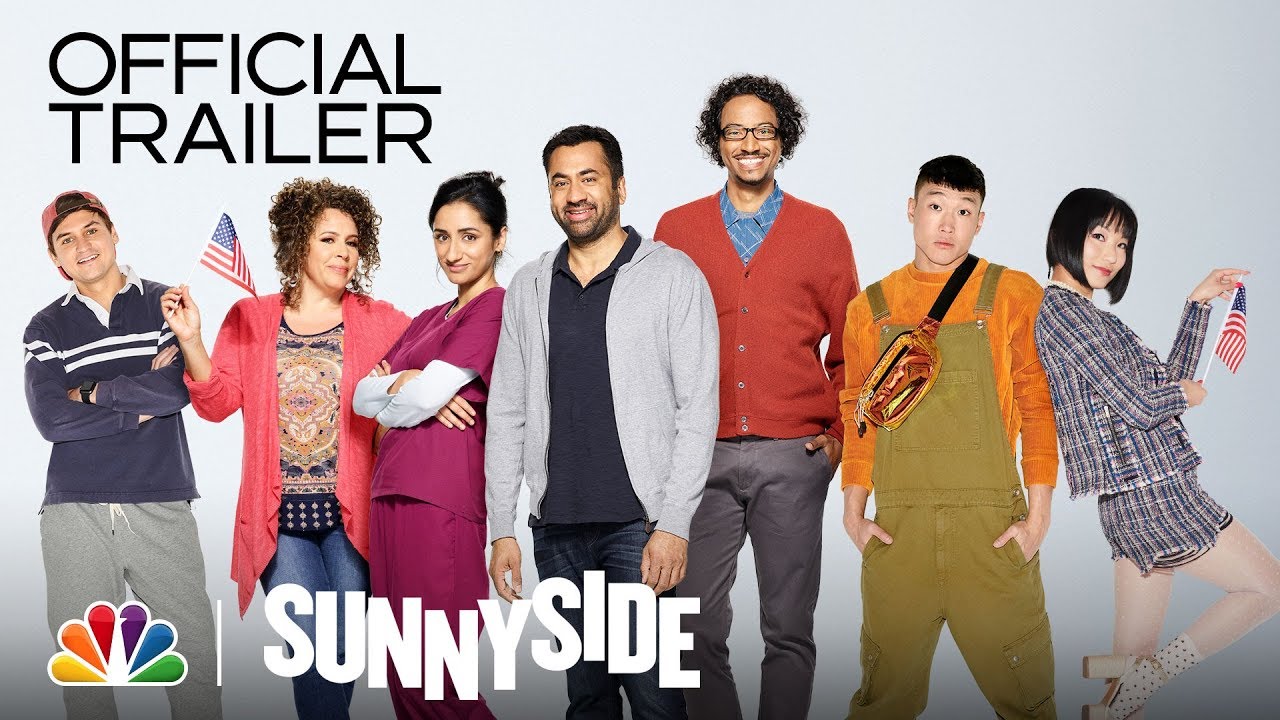 After playing a doctor on “House” and a presidential aide on “Designated Survivor,” South Asian Ameican actor widely popular for his unforgettable role in “Harold and Kumar go to White Castle,” Kal Penn makes a much-deserved come back on the screen with NBC’s newest fall series, “Sunnyside,” premiering on September 26.

From the executive producer of “Brooklyn Nine-Nine” and “The Good Place,” executive producer Michael Schur casts Penn (also the co-writer with Matt Murray) as the show’s protagonist Garrett Modi — the disgraced politician on a redemption tour. As the former New York City Councilman Garret is known to have foolishly lost his fortunes in a drunken YouTube video that shows him driving across the Brooklyn Queens Expressway, vomiting on a cop car and attempting to bribe a police officer.

Later, Garret, who is now known as the “the BQE puker” is hired by a group of hopeful immigrants who dream of becoming American citizens and genuinely believe in him and his ability to help them gain citizenship. Giving him a sense of renewed purpose, Garret sets out on the path toward regaining redemption — that is as long as he remembers where he came from.

Brown Girl editors Trisha Sakhuja-Walia and Kamini Ramdeen had the honor of sitting with Penn a few weeks ago at the iconic Rockefeller Plaza in New York City to chat “Sunnyside” and its ground-breaking representation of American immigrants.

Penn, who was down-to-earth, relatable and very receptive of the community we’re building at Brown Girl, had a lot to say about the show’s diverse cast — Jin Hao, played by South Korea-born Booster; Mallory, played by U.K.-born Deol; Mei Lin, played by China-born Liu; Drzen, played by Romania-born Petrut; Hakim, played by Africa-born Schutte; Griselda, played by Riva, a first-generation Dominican; and Brady, played by Storm — and why showcasing the immigrant experience is more important than ever before.

“Most of the cast are Americans who are also immigrants. Like, that’s not something you necessarily set as a benchmark. Your benchmark is like: I want the funniest people.”

On the synergy of working with a diverse cast, Penn said:

We’re telling a very American story. So the reason I wanted to do this show—and I’ve been developing for the last five years in one capacity or another, is because, it’s going to sound cheesy but it’s true, making people laugh and because I love America.

When we were putting characters together, we asked ourselves how can we put together characters who are funny, weird and interesting. We wanted the characters to connect with an audience who lives in the middle of Manhattan or the middle of New York City or in rural Kansas…if we do our jobs right we’re loving these characters for the reasons of who they are.

Being that the show is set in Sunnyside, Queens, we had to ask if the geography had an impact on the show.

I’m a New Yorker. Queens is the most diverse place in America, so we knew we wanted it to take place in Queens because it looks the most like America.

And the follow-up question, of course, had his favorite food in Sunnyside.

Those blocks in Sunnyside like a lot of Queens is like a mosque next to a Jewish deli….it’s dope. There are these two Kebab shops like down the street from each other in Sunnyside. Maybe, this is just the writer in me, but I totally feel like this uncle beef’s with this uncle. Like which one has the better beef?

During Garrett’s comeback, he moves in with his sister played by Kiran Deol, to which Penn said Deol played perfectly.

We have all these mutual friends I didn’t know about. Truly to work with her was such a joy because of the brightness she just brings to the character.

One of the best things about auditioning for the show…the issue was never that there aren’t enough cast or there isn’t enough talent. To bring folks who I’ve worked with before and so many new faces it’s so awesome. I hope we get to stay on the role for 10 years.

“Sunnyside” is the perfect combination of the American immigrant experience blended with the everyday lives and experiences of Americans. Bound to resonate with so many South Asian Americans and beyond, tune in to watch the season premiere on September 26th.