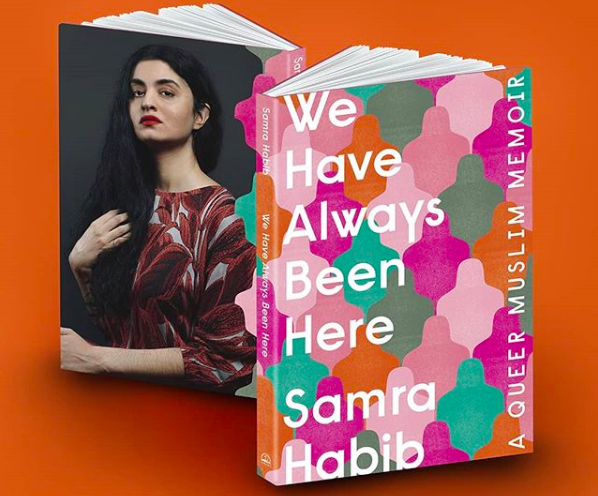 A moving tale about breaking barriers and evolving into your true self, We Have Always Been Here by Samra Habib is a memoir about her journey to find herself in a world that refuses to see her. Her memoir details her experience as a young Ahmadi Muslim girl in Pakistan to an older queer Canadian immigrant, and the experience immersed in the intersections of these identities.

Habib’s tale is honest and thought-provoking, reading as a mesmerizing narrative when rather than the actuality of her life. Filled with life lessons from start to finish, Habib’s story moves the reader to open their mind to a life different from their own.

[Read More: There’s More to me Than Marriage]

The memoir opens with Habib’s childhood as an Ahmadi Muslim — a sect of Islam in the minority in Pakistan. Habib and her family are forced to flee Pakistan due to religious extremists. At a young age, she is subjected to sexist ideals that end in her being forced into an unhealthy and unhappy marriage.

Habib also relates the racism and Islamophobia she faced after arriving in Canada as a refugee, and her path to accepting her queerness in a world that refuses to accept her. She shares the pain that comes with being a queer Muslim, or a queer person of color, where the queer community refuses to see beyond their experiences as white queer people.

Habib shares the truth of her experience, even if that truth is not always bright and shiny.

Despite the darkness that does exist in her story at times, the power of Habib’s memoir is the hope with which it is filled. Habib also describes her first experiences with queer friends and relationships and how she came to love her queer identity. She shares her experience of coming back to her faith and finding a happiness in her identity as a Muslim that she never knew before.

Habib shares her work to lift up and support the voices of queer Muslims everywhere through a photo project titled “Just Me and Allah: A Queer Muslim Photo Project,” which she describes in detail in the second half of this memoir.

Habib writes an honest story of hope and healing. A story that she does not conclude with a firm ending because her story is not over yet. She knows that she is just beginning her journey as a queer Muslim about to change the world.