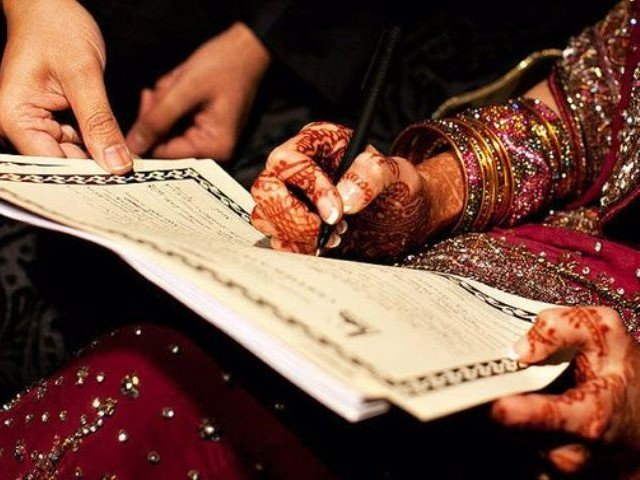 Back home in Pakistan, suffering from a mental health problem is not easy. Whether you are from an educated family living in the elitist part of Lahore or from a rural village on the outskirts of a big city such as Karachi, a disability that isn’t visible to the naked eye is very likely to be dismissed as an excuse or an outright fabrication. Quite often, a severe mental health condition is assumed to be a curse or a test from God and linked to supernatural beings.

The general attitude of South Asian people towards mental health disorders is first of utter disbelief. In developing countries such as Pakistan, the cultural heritage with its inherent traditions and beliefs attributes mental illness to supernatural phenomena. The average Pakistani gives much importance to the evil eye, possession, black magic and believes these to be major causes of mental distress.

“It’s the work of Jinns (evil spirits), I tell you!” is the kind of phrase I can bet you’ll hear in hushed voices all around town.

More than half of the population of Pakistan is looked after by traditional healers for their mental health needs. Psychiatric facilities are scarce in the rural areas of the country but are thankfully getting fairly common in urban cities. The average general practitioner in the rural villages across the region is not equipped to deal with psychiatric illnesses and tends to prescribe the wrong medication, often in inadequate doses. Prolonged treatment is expensive and many people in rural areas simply cannot afford it.

It is needless to say that religion in Pakistan is given greater value than medical interventions and many patients are correctly diagnosed much later than they ought to have been, adding much to their suffering. The psychiatrist often doesn’t see the patient until they are in an advanced stage of their disease. Many mentally ill people first visit faith healers who claim to exorcise the offending spirit away and sell bogus herbal cures. If that doesn’t work, the perplexed patient is likely to consult a physician. If a physician cannot aid them only then do they consult a psychiatrist.

In many cases, the patient is automatically married off to a person who most probably has no idea what kind of illness their future life partner is diagnosed with and does not know how to emotionally deal with it. It is aggravating that parents believe a spouse is a rehabilitation center for their mentally ill son or daughter.

Why do Pakistani parents assume that marriage will immediately reduce the effects of a mental illness or cure it more than therapy or medicine, which are both things that would help stabilize the patient’s brain chemistry? What kind of magical healing properties does a signed nikkah nama (marriage contract) possess?

Let’s take the example of bipolar disorder which affects about 2.4 percent of the people on earth. It is a psychiatric disorder that swings between depression and mania and causes changes in a person’s mood, energy and ability to function. The American Psychiatric Association describes bipolar patients as having extreme and intense emotional states that occur at distinct times (mood episodes). According to a study by Iqbal, Rahman, Saad et. al, the estimated rate of prevalence for bipolar spectrum disorder among students of Pakistan is 14.3 percent. However, no significant difference in prevalence of BSD was observed in neither gender but the age group of 20-21 years was the most affected one. Additionally, females suffering from this disorder can have their symptoms heightened by childbirth and postpartum depression.

The stigma and isolation attached to psychiatric disorders can only be reduced by providing social support, helpful resources and rehabilitation to patients and their families by the efforts of students, educationists, religious personalities, celebrities, government organizations and NGOs alike.

I know it is easier said than done but if there’s one thing we can start doing, it is to spread awareness about mental illnesses through the use of mass communication and information services such as television, radio, and the internet, especially in the rural areas of developing countries. The absurd myths, misconceptions, and superstitions related to mental illness can be reduced over time in Pakistan and anywhere else in the world for that matter.

Let’s make sure that words like ‘crazy’ and ‘insane’ are not tossed around needlessly in our society, especially not for mental health patients.

Anum lives in Toronto and is an ESL teacher, a writer of sorts, a historical fiction fan, somewhat of a baker and a mommy of two crazy but sweet little ones!