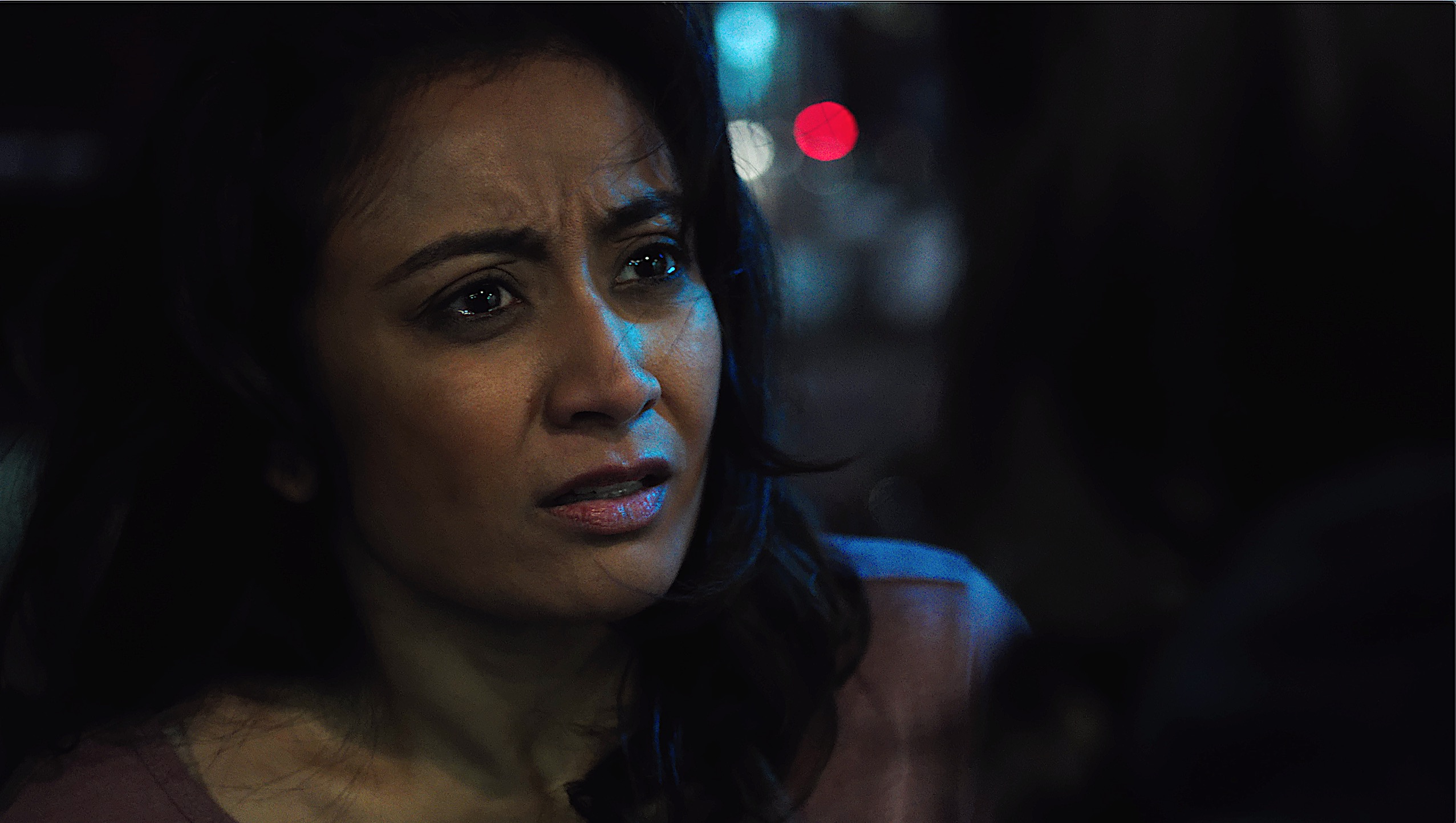 Many of us struggle with different identity crisis’ during our lifetime. We may combat these feelings by traveling, changing up our hair, or leaving our careers for something new. In the midst of these external changes however, how often do we stop to reflect on the internal factors that catalyze these shifts?

Facing our inner demons isn’t always an easy task and viewers are able to catch wind of this in the short film ‘TINA,’ written, directed by filmmaker Gayatri Patel Bahl and co-producer Anuj Goyal with cinematography by Brian Hollars, and soundtrack and Sound design by Rushi Vakil.

TINA is a nine-minute surreal thriller about a woman who is stalked by an Indian classical dancer, forcing her to confront herself in a way she never expected. Bahl herself has experience as a classical dancer, previous experience as actress performing for more than 25 years in movies like “Mr. Robot,” Showtime’s “The Loudest Voice,” HBO’s “Vinyl,” “Law &Order SVU,” the Hindi film” Let’s Dance,” and “Rishta.com” on Netflix, and now adds award-winning filmmaker to her belt.

Bahl has directed TINA to showcase the battle between leaving old frames of mind behind and the darkness that can arise as a result. The battle is represented by a classical dancer who essentially stalks the main character throughout the film until she is able to accept this darkness as part of her as well. I was able to catch up with Bahl to hear more about her process in creating TINA and her thoughts on the
film.

1. What was your inspiration behind this short film?

Right before I started writing TINA I co-founded a startup that got into Techstars, one of the top tech accelerators in the world. I left my startup 8 days before the end of the program for reasons that are best left for another day.

The managing director of Techstars met with me after I left and asked me what my plans were next. I pitched him a new startup idea. He loved it and offered me to join the program again, but as CEO of my new company. This was a big deal because I would essentially have 120k to start a new company. That very same day I met with a fellow founder in the program and he told me something that stuck with me. He said: Whatever product you build next will require the next seven years of your life with a single pointed dedication.

During this whole time, I had still been auditioning as an actor and performing with Sa Dance Company (@sadancecompany) as a dancer. And I realized that I couldn’t give up being an artist. So I did some serious soul searching and realized that the only product I was willing to give the next seven years of my life too was my artist self. And so I walked away from that 120k.

I ended up walking right into some incredible opportunities as a solo performer—a live performance at the National Art Gallery that went viral, a solo dance featured in Elle Magazine’s movement series, etc. That was the answer I needed and I wholeheartedly threw myself back into my life as an artist.

TINA represents the duality that exists in my life—my resistance to accepting the artist within me. It’s an exploration of the darker side of that inner conflict.

2. Did you foresee the feedback that TINA has received so far?

No, I didn’t really. It’s been overwhelmingly positive. Sometimes people really get it and sometimes they have a lot of questions. I’m happy either way. 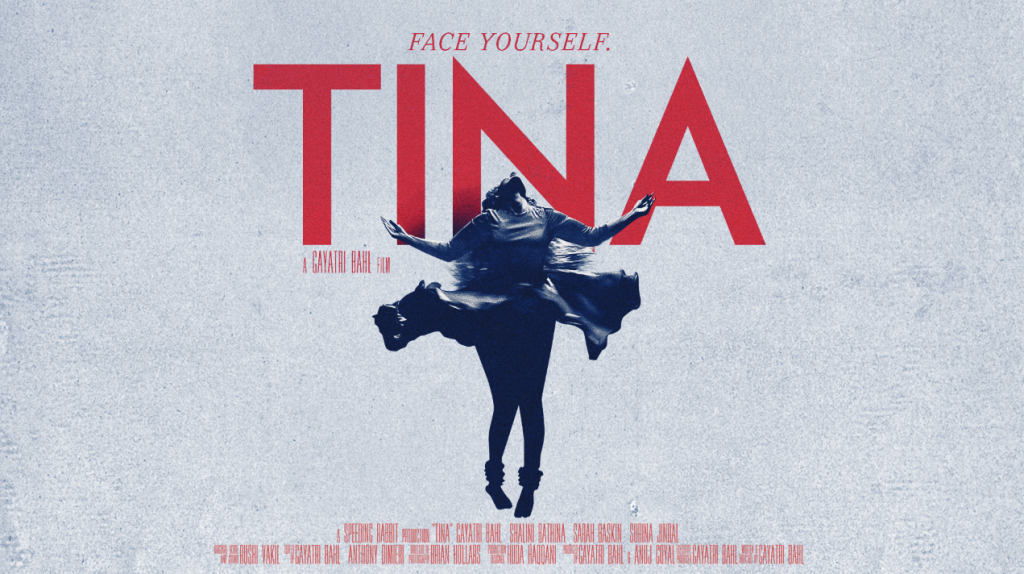 3. Is there anything you would have wanted to be produced differently with TINA?

No, not really. It is as perfect as I could have produced it with the budget I had and the vision I had at the time. I feel so lucky to have been able to fulfill every part of my vision for this film. But I do have bigger and grander ideas for the future.

4. You have an amazing history with classical dance being featured in Elle, performing at Summerstage and then you also have this cool history of being involved in film and TV. What would you say has been your most rewarding piece so far?

All of it. Every single moment of my journey as a human and artist has led me to this moment today. I am the culmination of all these incredible experiences.

5. What about classical dance appeals to you the most and what parts of that can we pick up on in TINA?

The classical arts and especially Kathak is grounded in rhythm, which we explore in TINA. The sound follows her.

The classical arts, no matter what form, Eastern or Western serve as the foundation on which all our popular arts are created. I’ve trained classically, on and off, for over 25 years. It’s helped shaped my personality and grounded me in my heritage. Without it, I would not have the discipline and patience I have in my approach to my art.

6. Are you interested in developing a second part to your film? If so, do you know what parts of your inner self or character you would explore?

Ooh. Good question. No not at the time. I thought about developing TINA a bit more when I first wrote it, but right now I’m in a different stage of life. I’m not sure I can go that dark right now.

7. What was the most challenging part of making TINA?

Every aspect of the production had to be perfectly managed since I was acting and directing. Building the right team was essential. Briefing that team before the shoot played a key role in the success of the shoot. For me, post-production is always the most challenging. If you think the shoot is 75 percent of the work. It’s the opposite. It’s actually post-production where the grind is.

8. What was the most creatively satisfying?

The most satisfying was crafting the narrative based on feedback from my audience. I sent the script out to tons of family, friends, and people I didn’t know. Based on their feedback the script went through 60 drafts. Once we cut the film, we recut it about 15 more times to land at this perfect version.

9. If your viewers could walk away remembering only one thing about TINA, what would you want it to be?

You must embrace the devil within you.

You can check out TinaTheMovie for upcoming showing dates in October and November for your chance to view TINA. We look forward to viewing more content from Bahl’s continued artistic career.