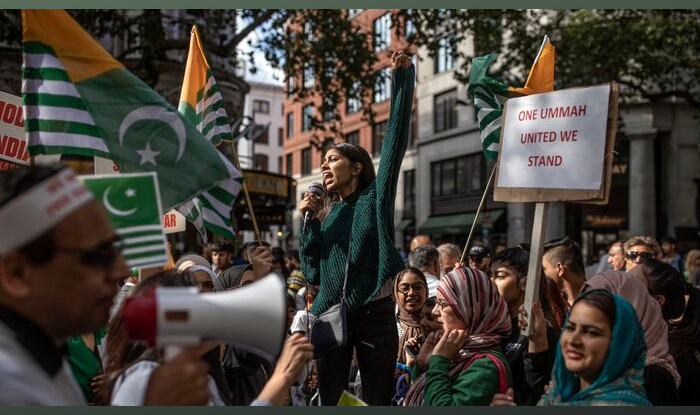 More than 50 days have passed since India sent thousands of troops to the disputed region of Kashmir, imposed a crippling curfew, shut down telecommunications and Internet, and arrested political leaders, in the days leading up to the revocation of Article 370.

A presidential decree issued on August 5 revoked Article 370 of India’s constitution that guaranteed special rights to the Muslim-majority state, including the right to its own constitution and autonomy to make laws on all matters except defense, communications, and foreign affairs.

Although landline phone connections have been restored, the communications blackout has prevented many Kashmiris and their concerned family members from maintaining contact. Internet and cell phone services continue to be blocked and media coming out of the region is still being throttled.

A large-scale communication disruption at such a crucial time for Kashmir is an egregious violation of citizens’ rights to information from a free press,” senior researcher with the Committee to Protect Journalists (CPJ), Aliya Iftikhar said.

“We call on Prime Minister Narendra Modi and his administration to gurantee that all communication blocks in Kashmir are lifted and the journalists are able to report freely. Communication blocks have no place in a democracy,” she added.

Journalists continue to be arrested, with one journalist, Qazi Shibli, even being charged under the Public Safety Act, CPJ reported.

Shibli is being held on charges that include, “waging war against the Union of India,” “creating fear and panic among common people,” and being “deeply involved in disrupting the peaceful atmosphere” and seeking “to motivate the people to work for seceding the state of Jammu and Kashmir from the Union of India.”

Upon the abrogation of Article 370, Modi pledged a “new era” of economic growth for Kashmir and cited the article as an “obstacle” to development in the region.

He claimed the decision to repeal Kashmir’s special rights will free Kashmir from “terrorism and separatism.” Modi continues to defend the revocation by stating it is to ensure “one nation, one constitution.” Yet, according to Al Jazeera, Kashmir residents are still under tight security by thousands of Indian troops and the curfew is still in effect.

Kashmir has been completely shut down for almost two months now. Since the lockdown, hundreds of politicians, activists and trade unionists have been reportedly arrested or placed under “house arrest.” There are also reports of teens being arrested and tortured during night raids by the police.

Schools in Kashmir were reopened last month but students have not returned as public transportation still remains down. Government offices and banks are open for business, the Hindustan Times reported.

Last week, Modi addressed the United Nations General Assembly (UNGA) in New York broadly denouncing “terrorism” but with no mention of Kashmir or the rising tension in the area.

We belong to a country that has given the world, not war, but Buddha’s message of peace,” Modi said. “And that is the reason why, our voice against terrorism, to alert the world about this evil, rings with seriousness and the outrage.

Pakistan’s Prime Minister Iman Khan followed Modi’s speech with a warning of a possible “bloodbath” in the region once the area’s curfew is removed.

There are 900,000 troops there, they haven’t come to, as Narendra Modi says – for the prosperity of Kashmir… These 900,000 troops, what are they going to do? When they come out? There will be a bloodbath,” Khan said in his speech to the United Nations.

While a resolution between India and Kashmir remains to be seen, the rest of the world is left watching the conflict afar, advocating for a peaceful outcome. Thousands have gathered together to rally for human rights in Kashmir, including United States officials.

The US has said it wants India to quickly ease restrictions imposed in Kashmir, a senior official said after President Donald Trump met the leaders of both India and Pakistan on the sidelines of the UNGA on September 27.

We hope to see rapid action – the lifting of the restrictions and the release of those who have been detained,” Alice Wells, the top State Department official for South Asia, told reporters.

“The United States is concerned by widespread detentions, including those of politicians and business leaders, and the restrictions on the residents of Jammu and Kashmir.