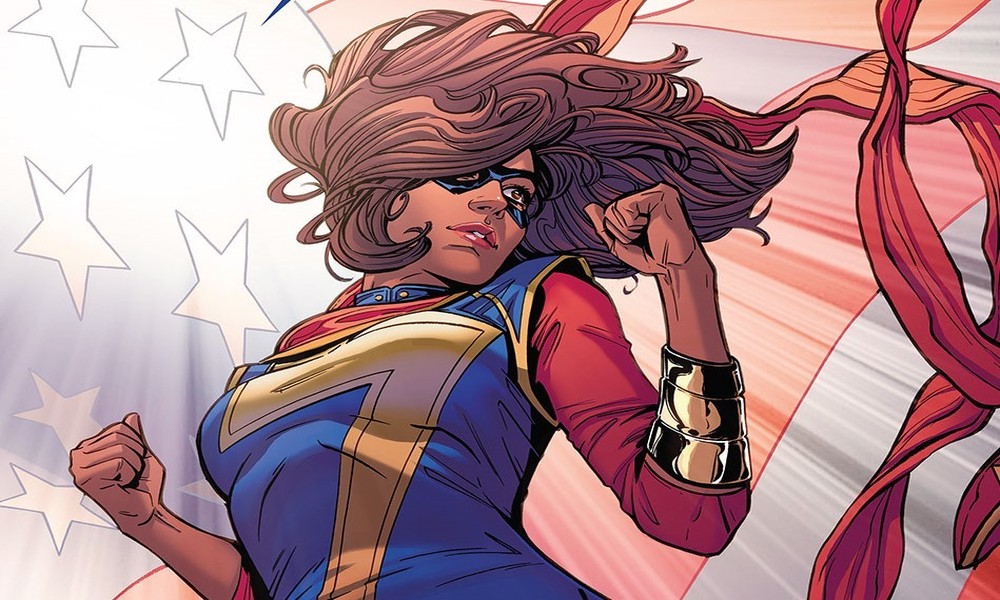 The “Ms. Marvel” live-action show on Disney+ was announced by Marvel a few weeks ago at the D23 Expo, and to say the internet exploded was a bit of an understatement. Tweets and Instagram posts on who should play what character and people jumping to volunteer themselves flooded my feed, and needless to say, it was very exciting.

But to truly realize the possible impact of the “Ms. Marvel” show, one simply needs to look at the Hugo-award winning comics starring the Pakistani-American Kamala Khan.

Created by Sana Amanat and Stephen Wacker and brought to life by many others, Kamala is a groundbreaking character in the Marvel franchise. Namely, her story is the first comic revolving entirely around a Muslim Immigrant in the US. Her powers involve the ability to dramatically changing her appearance at will while she navigates the restrictive and overprotective nature of her home life.

She’s funny, weird, and in spite of her powers, breathtakingly realistic.

Ms. Marvel is the kind of representation I was so thirsty for that I didn’t even realize it until I had it right in front of me.

As another South Asian Muslim girl growing up in the United States post 9/11, I saw myself in Kamala in ways completely absent from most modern media. She wants to be proud of her history and culture but she is just a teenager trying to navigate a growingly complicated world—a sentiment most kids understand.

In humanizing her, the writers and artists have humanized an entire subpopulation of Americans, and the show can do even better.

While comics have become more diverse over the past few decades, readership has declined as people look to TV shows and movies to provide their dose of super-powered individuals, most of which have white and/or male leads. “Ms. Marvel” is incredibly nuanced and realistic, but the introduction of science fiction elements cements the presence of people of color in a genre they are rarely seen in, much less as the main character.

Allowing for characters of color to exist in spheres typically dominated by white men allows for interesting and complex stories that transcend the stereotypes placed upon most immigrant narratives. Genres like fantasy and science fiction revolving around white narratives send the implicit message that stories of people of color are only meaningful if they are rooted solely in the oppression and real-life struggles of those demographics and that whimsical space adventures and superpowers are just not for people like us.

Characters of color have become more popular in science fiction through film and TV recently, with “Agents of SHIELD” and “Star Wars” being a few notable examples. However, Kamala’s story blends her cultural background with the typical science fiction elements present in other storylines.

Instead of turning her back on cultural practices, they become fundamental to her development as a hero. Kamala is seen referring to quotes from the Quran and nuggets of wisdom passed down from her father, allowing for seamless blending of her otherwise conflicting identities.

It allows young brown girls to see themselves and their culture as something interesting and an asset in the Western world where we often attempt to assimilate to the point of losing our cultural identity.

However, the impact of representation doesn’t stop at those it represents.

Western society and culture are in desperate need of South-Asian and Muslim centered media that portrays them in a positive light. The current political climate of anti-immigrant and Islamophobic sentiment is difficult to combat when little to no media exists to back up the humanizing aspects of these groups.

Ms. Marvel can be a beacon to let others know we belong in this world, to make brown people something beyond caricatured terrorists and criminals.

The strengths of Ms. Marvel are only aided by the Muslim women behind the scenes of the comics such as Sana Amanat and G. Willow Wilson, a trend which must be repeated in the show to have a paralleled impact. Having representation in the writers’ room and the cast is the number one way to ensure that “Ms. Marvel” will pack a punch that it deserves.

Because quite honestly, we deserve it.

Afraah Shamim is a 20-year-old confused adult from sunny San Diego with a rather rainy outlook on life. She grew up in an exceedingly ethnic home, with Indian Muslim parents who immigrated at the turn of the century with two daughters to figure out how the world works. Afraah enjoys science fiction, fantasy and anything allowing her to be a bit further away from reality, a fact many of her friends find concerning. Though she studies biochemistry at the University of California San Diego, she has always loved writing and continues to pursue it during her free time.