Identity In the News Politics TrendingDecember 23, 2019 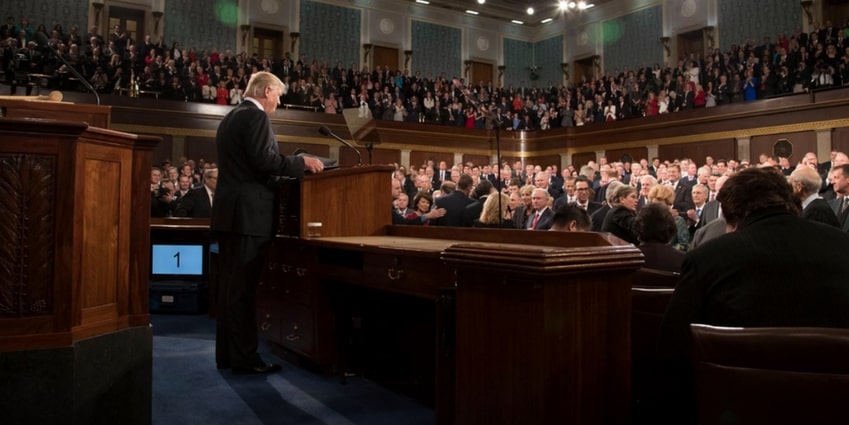 So where does Donald Trump’s impeachment leave the state of the union? By the House of Representatives (a Democratic majority) impeaching Trump we, as a nation, are reinforcing that no one should be held above the law.

Now, the Senate must vote to remove him from office.

Text CONVICT to 21333 to call your senator now!

Now it is up to the Senate to conduct a trial, which will ultimately decide on Trump’s removal. Given that the Senate has a GOP majority, the likelihood of Trump being removed from office is minute. So why do we celebrate impeachments?

[Read Related: U.K.’s BBC Naga Munchetty Row on Calling out Trump: Where Does it Leave us?]

We celebrate impeachments because they matter—regardless of how impeachment could affect the elections of 2020 or if it will remove a president from office. It is crucial that there is some level of judiciary accountability for the president. It sets precedent for the government to acknowledge when enough is enough. To me, Trump’s impeachment represents so much more than legal consequences. Although he was not impeached for his discriminatory epithets or crude rhetoric, for many Americans—especially minorities—impeaching the president means he can not get away with everything. And that matters.

Throughout his presidency, Trump has made citizens grapple with what the American identity looks like. He stood behind a crowd of people, nodded assuringly, and condoned the chant “send her back” on the attack of U.S. Representative Ilhan Omar. He says if we don’t like America, we can leave. This hateful and exclusionary tactic to divide the nation is not new.

In 1976, my mother was told to “go back home, refugee” in the first grade. As a six-year-old who barely knew English in America, she was terrified. After September 11, 2001, my father was told in his workplace to “go back to where you came from.” Like most immigrant parents, my mom and dad feel the joint burden of having something to prove in the United States while simultaneously feeling the effect of being dislocated in their own home. There are hundreds of stories like these, and it is even worse in Black and Latino communities.

Read Related: Op-Ed: why Donald Trump’s Ukraine Shakedown is a lot Worse Than you Think

Collectively, people of color have had to endure feeling unsure or at unease about who they are allowed to be in America. No matter how much an immigrant succeeds in this nation, the superficial factors deemed un-American such as the color of one’s skin or the choice of one’s religious headgear continuously seem to invalidate their “American dream.” Trump’s impeachment shows them that he can be taken down and given consequences to his actions.

Impeaching Trump doesn’t fix the problem, but it is a step forward. So we can celebrate an impeachment of a president, but also understand that there is still work to be done.