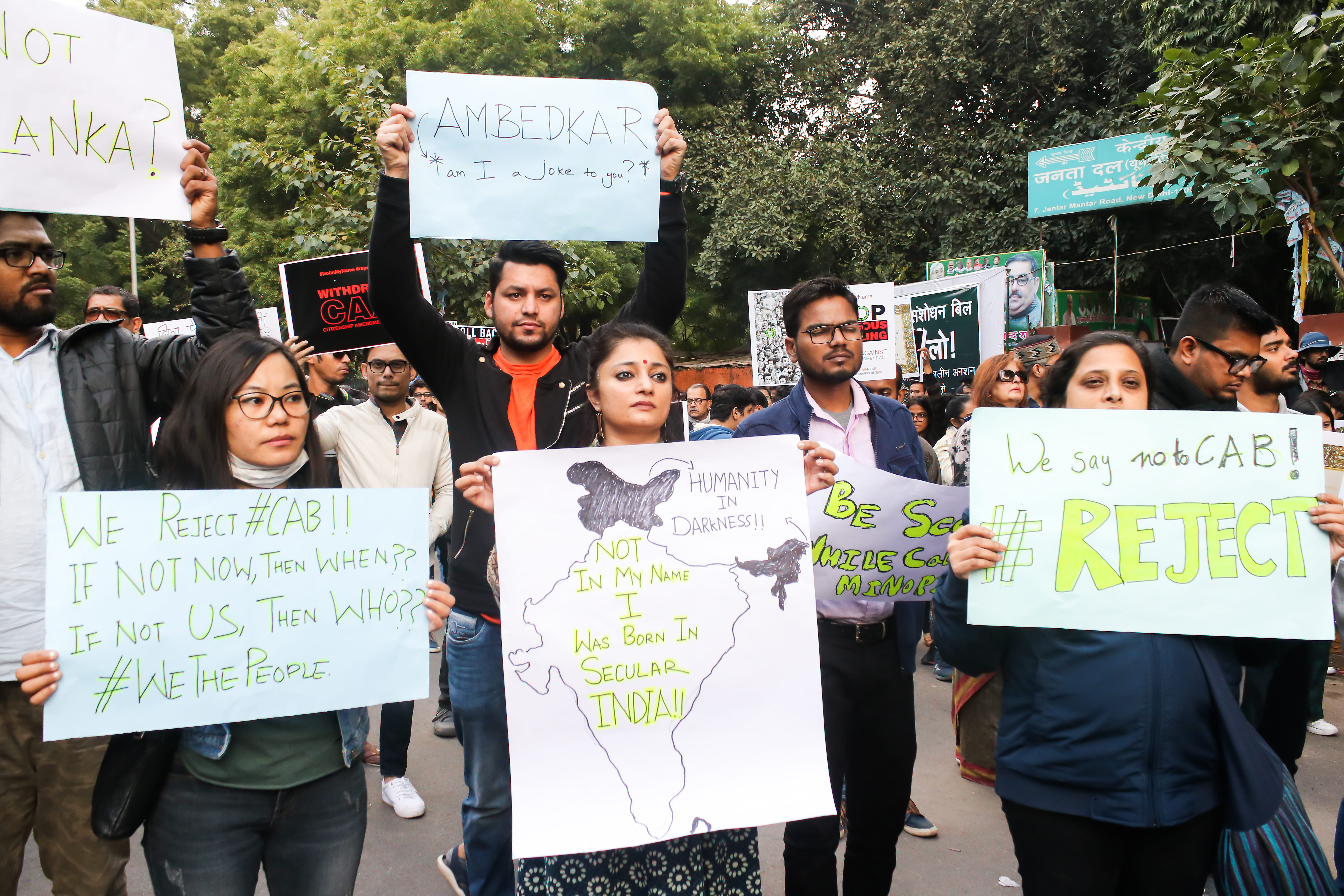 Chaos is sweeping through India as deadly protests erupt across the country over India’s Citizenship Amendment Bill (CAB). Violent protests began in Assam and also broke out in major cities including New Delhi, Kolkata, Mumbai and Chennai. Hundreds have been injured especially on college campuses. In Delhi, more than 2,000 students took part in a protest at Jamia Milia Islamia on Sunday. Students told CNN they were beaten with batons and sticks, leaving 200 injured according to the university administration.

CAB promises to fast-track citizenship for religious minorities from neighboring countries, an effort which seems to protect prosecuted or marginalized minorities, however, the issue comes with a major group being left out, Muslims. The bill is an amendment to the Citizenship Act of 1955 and was first introduced to India’s Parliament in July 2016. The earlier legislation did not factor religion as a criterion to obtain citizenship, this new one does and recognizes Hindus, Sikhs, Buddhists, Jains, Parsis and Christians who came to India from Afghanistan, Bangladesh and Pakistan before 2015, but not Muslims.

Under Prime Minister Narendra Modi, approximately 200 million Muslims in India have faced a variety of threats as worry engulfs the nation since the passing of CAB.

The exclusion of Muslims from the bill has raised a concern about the bill’s constitutionality and growing Islamophobia in the country, however, according to Modi and BJP party members, Muslims were excluded because they are not minorities in India’s neighboring countries.

The argument that this bill is discriminatory cannot apply as the issue is not about the Indian citizens,” BJP spokesperson Nalin Kohli told Al Jazeera. “The Bill is for Hindu, Sikh, Buddhist, Jain, Parsi and Christian minority communities who because of partition could not come to India and suffered persecution in their own countries.”

“Regarding Muslims, there are countries that were formed exclusively for them,” he said.

Opposition parties believe the law is discriminatory as it singles out Muslims in an officially secular nation of 1.3 billion people, according to Al Jazeera. It is also being compared to President Trump’s Muslim ban under which Muslims from specific countries were banned from seeking asylum. According to legal experts, CAB violates Article 14 of the Indian constitution, which guarantees the right to equality.

Violent protests on the Citizenship Amendment Act are unfortunate and deeply distressing.

Debate, discussion and dissent are essential parts of democracy but, never has damage to public property and disturbance of normal life been a part of our ethos.

A doctor at Delhi’s Safdarjung Hospital told The Washington Post, that at least two male demonstrators were brought in with bullet wounds on Sunday. A video of Jamia Millia Islamia women who stook up to Deli police is going viral as protests escalate. The women, all in their early 20s and students at the university were among the thousands of demonstrating participants.

How to rescue a victim during a #lynching incident.
Real life demo by women students of #Jamia

Even more gruesome protests have been ongoing in Assam and Tripura since the bill was passed into law. Internet access has been caught off and a large military presence has deployed to the region. According to CNN, hundreds of people joined a hunger strike demanding the bill’s withdrawal on Friday.

With the exclusion of Muslims from CAB comes the fear of Muslims ending up in massive detention camps. In Assam, those whose names do not appear in the National Register of Citizens of India (NRC) have been told they must provide proof they are citizens. Among most of these rural residents are those who do not have any paperwork including birth certificates. A quarter of Assam is illiterate, Vox reports. Residents of Assam may be left stateless due to a lack of paperwork to prove their citizenship and the exclusion of Muslims from CAB. While residents will have the chance to submit appeals, if rejected they may also be sent to one of the 10 mass detention camps the government plans to build.

For the citizens (now: alleged) living in India Please talk about it, spread the word, resist! So much for Akhand Bharat! . . . . . #citizenshipamendmentbill #nrc #lawtraitorillustrator #india #indianpolitics

The first camp, where even children will be held, is currently under construction, Reuters reports. “Children lodged in detention centers are to be provided educational facilities in nearby local schools,” an Indian official said.

The move seems to be part of a Hindu supremacist agenda to displace Muslims as stateless people, who will ultimately have nowhere to go. Many neighboring countries including Bangladesh have already said it will not take immigrants.

Multiple petitions have been filed against the law in India’s Supreme Court.