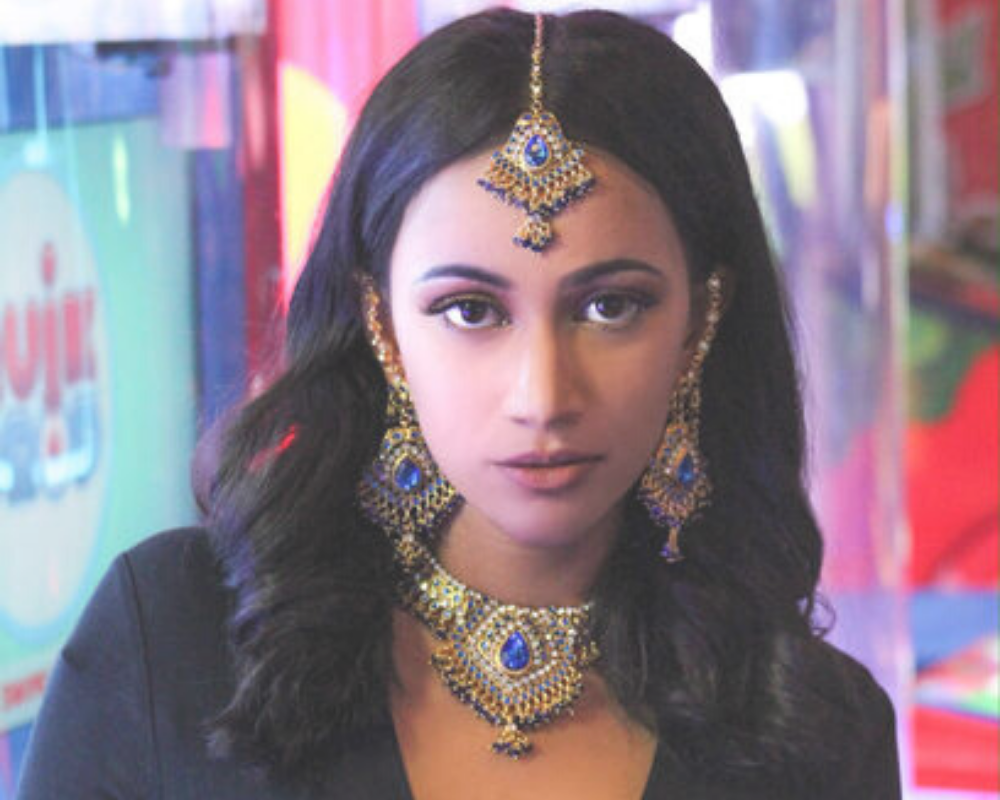 I remember I was at a family friend’s wedding overseas, talking to an aunt I had never met before, when she said the following to me.

“No, my family are from South India.”

“You don’t look like you’re from the South? But that’s a good thing.”

Throughout my teenage and adult life, I had heard these comments from strangers all around me – at a wedding, a friend’s 21st birthday party and even on an ordinary visit to my doctor, my own GP said the same things.

It had taken years of my life to come to a stage of love and acceptance of my Indian background.

So, you can imagine why hearing strangers tell me that being South Indian was looked down upon, set me back all over again.

It would make me feel like I was right back where I started – being a 12-year-old girl looking in the mirror, wishing my skin was lighter, my hair straighter, wishing I didn’t have to be Indian at all.

After some time, I grew up to be proud of my beautifully complicated background and Indian features. Yet, people from the very country my family and I are from, would respond with a sour look and say “the type” of Indian I am was something I should not be proud of. Rather, it was something to feel embarrassed about.

India contains more than 12 percent of the world’s population with exceptionally large cultural variability. For this reason, I don’t mean to be divisive in characterizing India by simply using “North” and “South” designations.

However, certain stereotyped social and cultural identities have surfaced in India’s geography. Many Indians are able to classify other Indians based on their facial features, dressing styles, music, dance, food and much more.

I was able to experience the magnitude of these cultural differences on my first trip to India in 2017. They were so noticeable that it felt like they belonged to two completely different continents.

The breezy, laid back coastal lifestyle of South India is absent from the North’s loud, bustling, organized-chaos atmosphere. What amazes me about these two regions of India is how each state feels like a different country with diverse languages, cuisines, clothes, customs and climate.

With all these incredibly colorful and wide-ranging differences, you would think that India’s citizens would celebrate and encourage this. Yet in my own experiences of visiting India and growing up in Australia, there were many times I found it to be the opposite of this.

Despite people of the North and South all being citizens of India, many hold strong prejudices towards the other, the outsider. Discriminatory attitudes such as acting and thinking one is superior to another is no new phenomenon in India.

I experienced this firsthand when my family and I traveled around North India. Not knowing how to speak any Hindi – my Dad only knowing Malayalam and my Mother, Tamil — we weren’t exactly greeted with welcoming arms once people were aware of this.

It was as if they found it unbelievable that an Indian family could not speak the language, to which my Dad would sarcastically remind these multiple shop owners, waiters, tour guides and locals, that it was indeed possible to come from India and not speak Hindi.

“We are South Indian. There are many languages of India that we speak. Have you forgotten that India has languages other than Hindi?” he would say.

This hostility over language differences definitely surprised me. After all, we are all from the same country, so why were we looked down upon for not speaking just one of the many languages of India?

I quickly brushed these feelings off, as did my family. But something I have not been able to let go of since visiting India is how North and South Indians perceive each other’s beauty and racial differences.

I couldn’t deny that there were many visible differences in people’s physical appearances in the North and South. But it became very clear to me that these differences are what shape the two regions’ perceptions of each other.

If someone is from North India, many people automatically assume they are fair-skinned, tall and thin. But if someone is South Indian, many would quickly consider them to be darker-skinned and short in stature.

With a skin-whitening industry expected to be worth more than $30 billion by 2024, you can guess whose physical appearance is more highly sought after out of the two people.

There is an incredibly forceful racist connotation constructed in the South Asian mindset that lighter skin is more attractive and successful in societal aspects, such as professions and relationships. Essentially, it’s associated with wealth and status.

While darker skin has become associated with poverty, being from a lower caste, having a lower income and being unattractive. The most prominent belief is the idea of working a manual labor job out in the sun all day, while those with lighter skin work in successful, corporate jobs in high-rise offices.

As a result of these entrenched mentalities, India struggles with deep-rooted colorism, presenting itself as not accepting of its own people.

Growing up in Australia, I still attended various South Asian events where the usual judgmental neighborhood aunties would linger around, telling me how “lucky” I was to be lighter than a typical South Indian girl.

It was as if they thought I would be flattered to hear such a backhanded compliment. They truly believed telling me I would be rewarded with success and a good relationship all because I wasn’t “that dark”, was something to be grateful for.

It’s a constant reminder of the destructive expectations South Asian women are told to live up to – making sure we can cook and clean and above all, be light-skinned to get a good husband.

Looking back on my experiences, I have learned to ignore and just laugh at the people who tell me having fairer skin for a South Indian girl is something I need to “hold onto”. It’s upsetting to see such a large presence of ignorance among the people who share the same country of origin as me.

It is important that I emphasize while I have experienced my fair share of ignorance towards my South Indian background, there are South Asian people who are far darker than me, who have faced real discrimination in today’s society because of their skin color.

Compared to many, I am still very much privileged that I don’t face discrimination on a similar scale.

I am extremely hopeful knowing that there are people speaking out against this, educating one another on the colorism that exists not only in India, but on a global scale.

I could not be prouder and happier to be South Indian. Each time someone asks me which part of India I am from and if I speak Hindi, it turns into an opportunity to proclaim I am South Indian. My parents speak Malayalam and Tamil. I am not a Bollywood fanatic and no, I have no issues with “getting too dark” if it means I get to do the things I love, like going swimming at the beach or going out for a walk in the sun with my boyfriend and his dog.

India still has a long way to go with its deeply embedded phobia of darker skin. However, things are slowly, but surely changing.

Younger generations are now speaking up and more creatives are being represented in online media, championing the message that India is far too rich in culture, too diverse and too vibrant of a country to have one beauty standard.