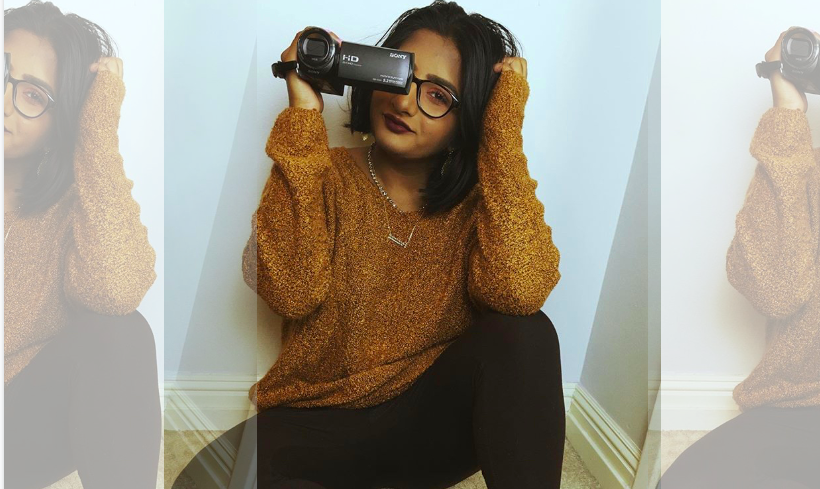 *TRIGGER WARNING* – This article is about suicide and the suicidal thoughts of the author. If you or someone you know is thinking about suicide please call the National Suicide Prevention Lifeline at 1-800-273-8255. They are available 24 hours every day.

The last time I saw my therapist, she said something along the lines of ‘I hope you start treating yourself well because you deserve better.’ I almost burst into tears when she said that, because that moment was when I realized that I simply cannot remember a time in my life where I consciously treated myself well. I have never treated myself as though I’m worthy—of love, of happiness, of anything purely good.

I was 14 when I tried to kill myself, and I honestly remember nothing of the experience as I blacked out. What I do remember, though, is that I was 12 the first time I wanted to kill myself. I basically experienced all of middle school and my first year of high school with suicidal thoughts always in the back of my mind, but I managed to save myself more times than I can ever count.

It was the first week of my sophomore year of high school when I attempted. And it was two years later when, after countless dollars was spent on my treatment, I realized I wanted to kill myself again.

My senior year of high school was one of the worst years of my life, though the year after has been pretty terrible as well. My depression and mental health got so bad a few months in that I almost dropped out of school, which, as most South Asians know, is highly uncommon in our community. Towards the end of 2018, I was barely able to get out of bed. By January of 2019, I had isolated myself from all my friends; I was a shell of the person I once was.

And though it truly seemed impossible, 2019 only got worse for me. If I thought my last year of high school was hard, it did not hold a candle to my first quarter of college. It was November of 2019, and I was in the exact same boat I had been in a year ago.

I could barely get out of bed; I didn’t do a major essay for my English class; I wasn’t talking to a single person unless it was absolutely necessary.

The summer before I started high school, I was essentially having at least one panic attack a day. Trust me when I say that’s no exaggeration—I would spend my afternoons uncontrollably crying and hyperventilating; I don’t even remember the amount of times my sister found me in the backyard or in my room absolutely shattered. If it hadn’t been for her, I know for a fact I wouldn’t have survived that summer.

But her help could only carry me so far, and towards the end of that summer, I started self-harming. After my suicide attempt, I stopped.

But in December of 2019, I relapsed. I reached a low I never thought I’d reach again.

That’s actually something I’ve said to myself a lot recently.

When I entered treatment after my suicide attempt, I thought “This is it. I’ve hit rock bottom. Things can never get any worse than this, and I survived this, so I have to be okay.”

But somehow, I have hit rock bottom again at least a hundred times since that night. For ages, I said that my worst memory/the worst night of my life was the night I tried to kill myself. But at this point I’ve lived through so many nightmares that I no longer know which one was the worst.

I never thought I’d self-harm again, so at this moment I’d probably say the night I relapsed was the worst night of my life.

And I’ve beat myself up about relapsing every day since it’s happened. After my suicide attempt, I swore I would never try to hurt myself in that manner again. But the reality of living with depression, or any mental illness, is that recovery is not linear, and often, these promises aren’t ones you can keep.

I want to clarify that my experiences with suicide and self-harm are not the expectation of living with depression. My screwed up relationship with myself is a result of years of bullying and a couple mental illnesses that were thrown into the mix.

But whereas my specific cocktail of demons may be unique, my overall experiences are far from it. There are countless teenagers dealing with suicidal thoughts and depression, so I’ve decided that if biology decided to make me suffer from this illness, I might as well try to help someone else by being honest about my reality.

I have been in treatment for about five years now, and have been on medication for close to four years now. I, technically, have three different therapists helping me in different ways.

Yet when one of these therapists said something as simple as ‘you are worthy’ to me two weeks ago, I almost broke down. When she said that I deserve to be treated well, the message did not truly compute in my brain.

To this day, I do not believe I am worthy of love or happiness. I feel as though I am a burden for having depression – something which is not my fault at all.

Often, I feel as though I am a burden for simply existing.

When you’re a child, your parents are there to defeat the monsters under your bed and protect you from your nightmares. But no one can save you from the monsters that exist inside your own brain.

I feel as though I am living my worst nightmare right now, and I’m not sure I’ll ever wake up.