Culture In the News Issues TrendingFebruary 28, 2020 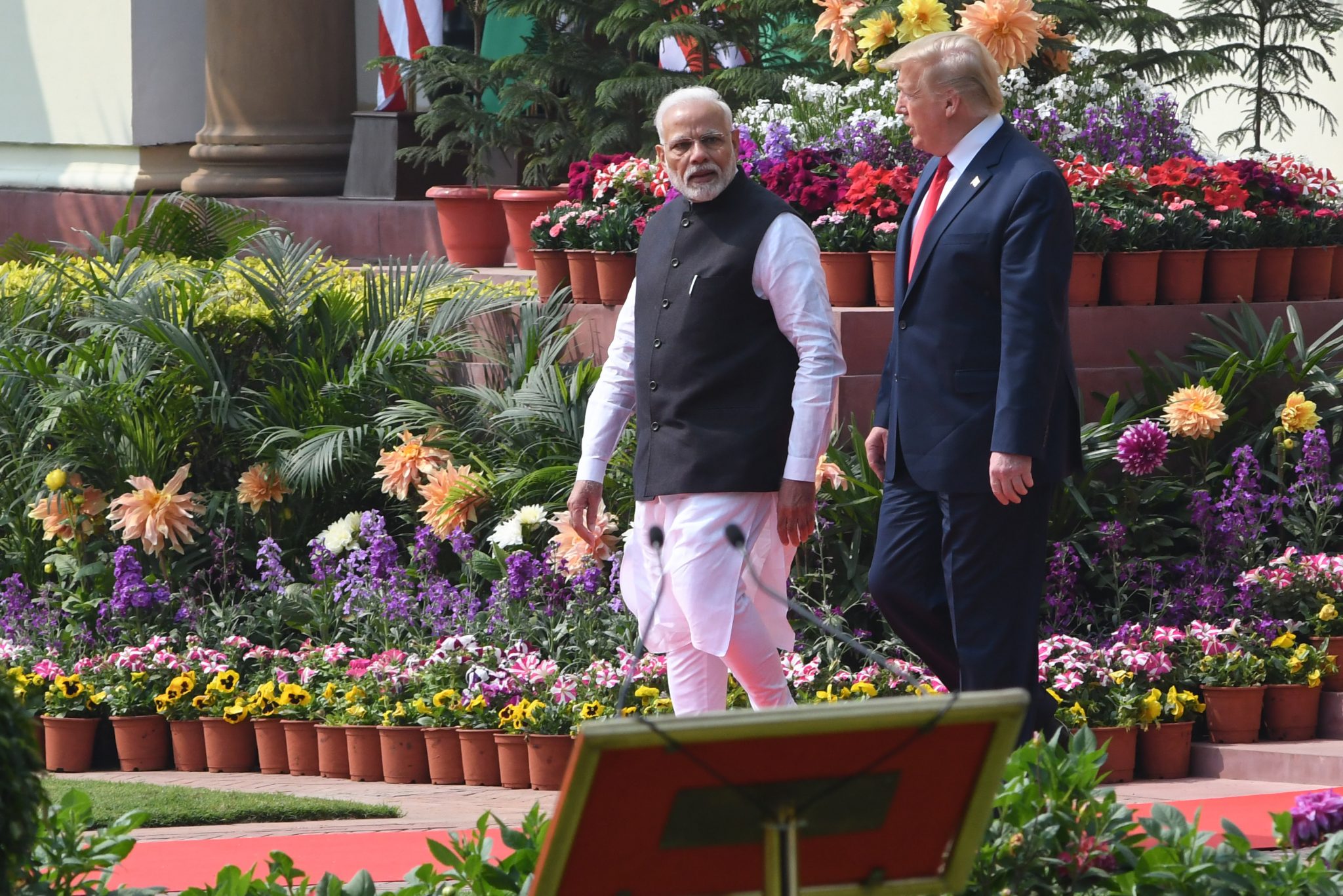 New Delhi is aflame and the Indian government is complicit, if not the instigator, for this incredible violence against its country’s minority constituents. People are trapped in their homes as the violence is ongoing. Deadly protests have killed at least 38 people and injured more than 150, officials said Thursday. While this is the worst violence the country’s capital has seen in decades, it isn’t the first time extreme violence plagued the country.

Unrest and protests began in late 2019 with the institution of the Citizen Amendment Act (CAA). The legislation provides an avenue for citizenship for many communities of refugees residing in India but excludes Muslims. As a result, Muslims who might not have a paper trail of their immigration status into the country could be left stateless and held in detention camps.

Coinciding with the worst violence the country has faced, President Donald Trump made a visit to India this week to speak to his foreign supporters. While he did not come back with a trade deal in hand, as expected he basked in the praise he exchanged with Modi. Despite witnessing and hearing of the violence, Trump failed to comment on CAA, claiming that he trusted India to deal with it in a proper manner.

[Read more: #RejectCAB: What you Need to Know About India’s Citizenship Amendment Bill]

Trump visited the country to attend a rally in his honor, Namaste Trump, during which he refused to call out the blatantly right-wing nationalist government and their complicity and inciteful words and actions that led to the violence taking place. This included BJP leader Kapil Mishra’s calls to clear the streets of anti-CAA protesters, which right-wing militias have taken as a call to action. It’s hard to call out a government for inhumane and discriminatory practices when you have no moral leg on which to stand.

Both Trump and Modi institutionalize government surveillance, religiously-based discrimination, and Islamophobia through their policies, including CAA and Trump’s Muslim Ban. Adjacent to these policies is the Trump administration’s detention of Latinx immigrants at the country’s southern border, where families continue to be separated and people seeking asylum continue to be treated with a disgusting and unlawful lack of basic humanity. Yet, in true fascist form, these policies continue to be pushed through the executive branch without consideration to the legislative.

Hindu nationalism and white nationalism go hand in hand, a majority population using its privilege to oppress minority communities in both America and India’s case, feed off of Islamaphobia and our elected officials furthering an anti-Muslim narrative by using rhetoric that feeds into fear. The more they use xenophobic language, the more they normalize it.

Plenty of the diaspora continues to disparage President Trump’s racist policies as they affect us negatively, yet continue to praise the Modi administration for taking action and protecting the country. What Trump is saying to people of color in the U.S. is equivalent to what Modi is saying to the Muslim minority in India. The message isn’t diametrically opposed to “America First” or “Make America Great Again,” it’s an equivalent. It supports homogeneity and says we would be better without “others.” Any community that believes in its superiority due to arbitrary facts of identity is inherently dangerous.

Muslims in India, people at fault for existing in the land where they have always lived, are being brutally attacked in the streets of their hometowns. Their homes are being invaded by Hindu nationalists. Their businesses are being destroyed. They are being forced to hide and live in fear all due to their religion in a secular democracy.

I'm at Mustafabad, near the Loni Border, and new fires (set post-9pm) are burning in front of our eyes – Muslim jhuggis and tempos, according to onlookers – by masked men shouting JSR. Delhi Police are present saying they are unable to intervene. pic.twitter.com/tXT6k2qcXB

.@LRC_NDTV | "They asked for my religion": NDTV reporter recalls when he was attacked by a mob in N-E #Delhi. #DelhiViolence #DelhiiCAAClashes

India was founded on the principles of secular democracy, but throughout the history of an independent India, there have been countless occasions of violence and discrimination against religious minorities, especially Muslims. From the 1969 Gujarat riots, where Muslims suffered a majority of the losses, both in casualties and property, to the 2002 riots that are still fresh in most of our minds, Hindus and Muslim have been engaged in violence that has been condoned and often implicitly sanctioned by Hindu nationalist governments.

In 2002, violence broke out in the state of Gujarat, governed by then Chief Minister Narendra Modi. Hindu nationalist groups, dressed in the unofficial uniforms of saffron, chanted Hindu slogans and attacked Muslims in the community. According to reports, the groups also targeted Muslim owned real estate using government-issued lists of Mulsim owned properties and business.

In the past, organizations like the Human Rights Watch have criticized both the Gujarati state government and the Indian government’s lack of immediate action to address violence against Muslims. Incendiary language at the time from government officials in the Bharat Janta Party (BJP), alongside false news stories about Muslim attacks on Hindu communities, have continued to fuel violence against Muslims by Hindu nationalists.

History is repeating itself as the BJP and now Prime Minister Modi use their positions of power to push Hindu nationalist agendas and incite violence against the minority Muslim communities in India. Muslims are being targeted solely for being Muslim with mosques and homes vandalized and burnt as police and other officials stand by.

The Hindu nationalist movement has evolved through generations and has included the Shiv Sena party in the 1990s, the Bharat Janta Party in the last couple of decades and the Hinduvata movement, all of whom have perpetuated this discrimination and violence. These movements use their religion as an excuse to impose morality on those who practice other religions, for the sake of their own morality.

In this chaos, it is important to acknowledge those people who have not participated in the violence including the students, teachers, neighbors, and friends who have stood up and protested the discriminatory practices of their government.

We can all fit into minority communities in certain contexts, at the flip of a coin or the turn of an election. Our humanity as individuals and nations depends on us remembering that, especially when our communities are in power.