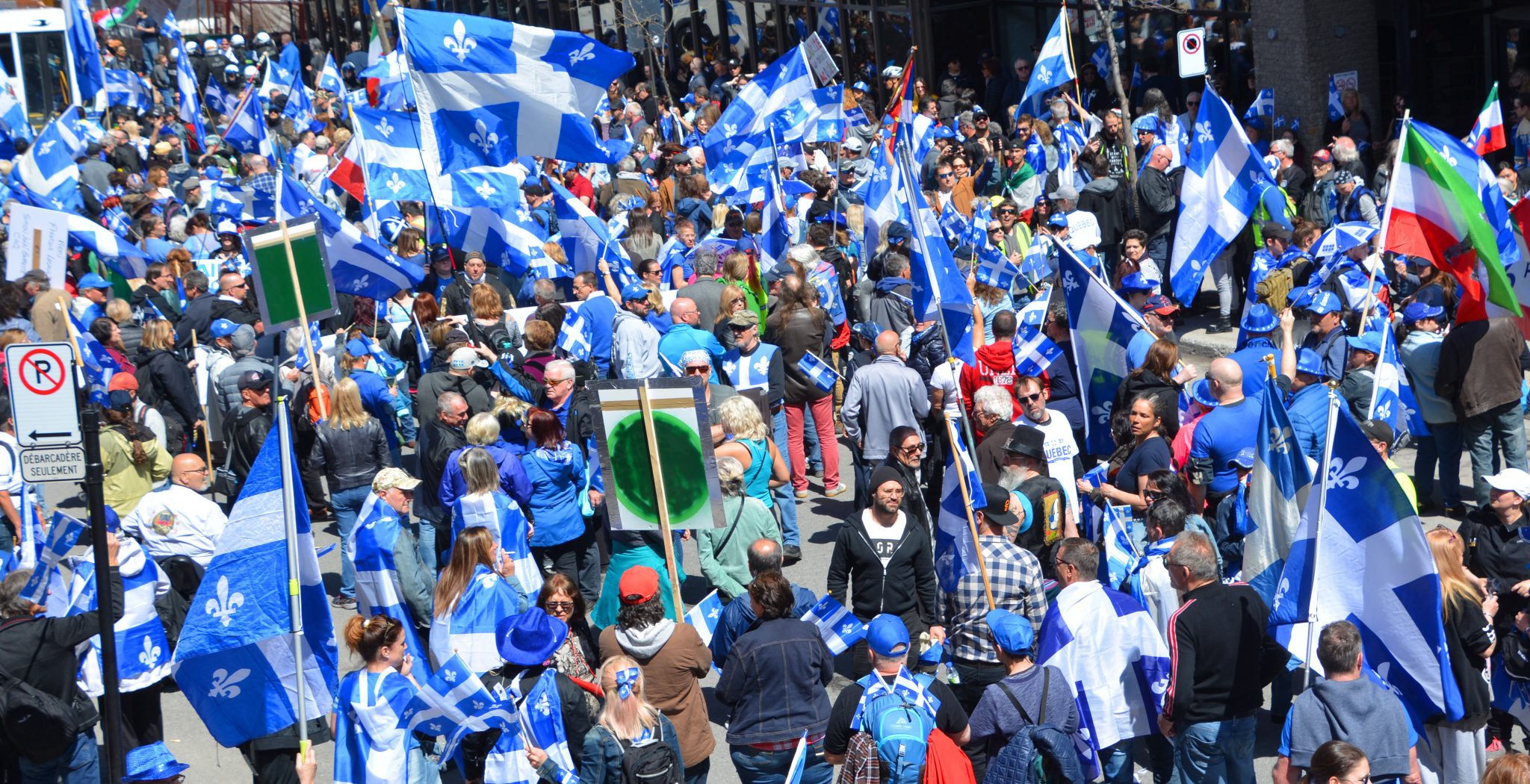 In June of 2019, the Coalition Avenir Quebec (CAQ) government in Canada passed Bill 21, legislation intended to eliminate religious symbols across the province’s public sector. Following a long debate, the bill passed with the support of the Parti Quebecois. The bill continues to provoke an uproaring cry of xenophobia or fear of foreigners and sexism in the country, in addition to protests against it.

While the bill has a majority amount of support in Quebec, one-third of the population remains threatened and targeted. The opposition has pointed out that while the bill treats all religious symbols as equal, in theory, by far the largest pool of people affected are non-Christian women who wear scarves or veils, giving it a distinctly xenophobic and sexist edge. And while the CAQ won in Quebec, they are not popular in Montreal—where the majority of Quebec’s religious minority population resides.

Officially titled “an act respecting the laicity of the state,” the bill formally bans teachers, police officers, judges and other public sector workers from wearing items like hijabs, turbans, kippas and crucifixes if they wish to seek employment in the public sector. According to the bill, laicity is based on four principles: the separation of state and religions, the religious neutrality of the state, the equality of all citizens and freedom of conscience and freedom of religion.

While the bill does contain a grandfather clause, it states that employees currently in such positions can continue wearing their religious symbols, granted they don’t take a promotion or change the location of their employment. Apart from that clause, if one wished to apply for public sector employment in the province of Quebec, one must be willing to put his or her religious symbol aside for the sake of employment for the duration of their workday.

On #bill21 @PascalBerube repeated again this morning “ mind your own business Manitoba, Ontario, Alberta and every single province and territory…. Québec can do what ever he has to do!” pic.twitter.com/aWxG1lkNlD

Quebec has a long history of targeting minorities to protect the province’s French cultural and secular identity, be it religious minorities or linguistic minorities. In 1977, Bill 101 or the Charter of the French Language was passed which required French to be the official language of government, courts and workplaces. This was despite the French language being given equal rights to English in Canada through the Official Languages Act of 1969. This sparked outrage amongst anglophone and allophone minorities in Quebec. In addition, a bill passed in 2017 banned individuals from wearing the niqab, burka while receiving public municipal and provincial services, such as riding the bus or meeting with their children’s public school teachers.

The prohibition of religious symbols in the public sector was a promise that the CAQ government made during the 2018 provincial election. Premier Legault sees the legislation of Bill 21 as a fulfilment of the wishes of voters. According to an Ipsos poll conducted for the Globe and Mail, 63 percent of Quebecers support Bill 21.

Silence is not an option. #Bill21 is a discriminatory piece of legislation. We need the Premier to take a stand & demand it is repealed.

It simply isn't enough to celebrate our diversity. We need leaders who will speak up & defend basic human rights for everyone in Canada. pic.twitter.com/NrUYjL2r0F

However, although the bill has support. It doesn’t match the vision many have of Canada, seeing as that multiculturalism was adopted as a federal government policy in 1971, under Prime Minister Pierre Elliott Trudeau. The ban also has law experts saying the bill violates Charter Rights. According to law professor Benjamin Berger, the bill violates Section 2a of Canada’s Charter Rights which dictates “freedom of conscience and religion” and Section 15, which deals with equality without discrimination, CBC News reported.

So, truly, how did this seemingly unconstitutional bill that likely has Pierre Elliott Trudeau turning in his grave pass?

Apart from the support of the Parti Quebecois, the CAQ government passed Bill 21 by invoking the notwithstanding clause of Section 33 of the Canadian Charter of Rights and Freedoms which allows Quebec’s provincial government to override the Charter for a period of five years.

Premier François Legault says immigrants must accept Quebec's values if they want to live here, including the equality of men and women and the secular nature of the state.

The government plans to have a values test in place by January https://t.co/JRkN6q1ofk#polqc pic.twitter.com/jNzXAEIr3b

Premier Legault acknowledged Quebec’s longstanding accusations of hypocrisy regarding the province’s Christian symbolism above others by having the crucifix that hung above the National Assembly since 1936 removed with the belief that it signaled a “compromise” to Quebecers. Nevertheless, when denounced by worried minorities, Legault said he “could have gone further.”

For many South Asians, this bill hits home because of the discrimination it creates against both cultural and religious practices. Many residents identify as Muslim or Sikh. To think that a member of the Muslim community, who has been teaching for years in another province would be forced to take off her hijab in order to apply for a job as a teacher in Quebec or a Sikh man would have to remove his turban, is outrageous. These symbols of religion do not affect the way one performs his or her duties of employment. Employment and promotion opportunities should not depend on how one looks or dresses, such a law is discriminatory in nature and should be abolished.

Call me cynical…but if this was happening in #Alberta instead of #Quebec the rest of #Canada would be A LOT quicker to condemn it, and WAY more vocal about how ridiculous #Bill21 is. https://t.co/R63TKEwiF1