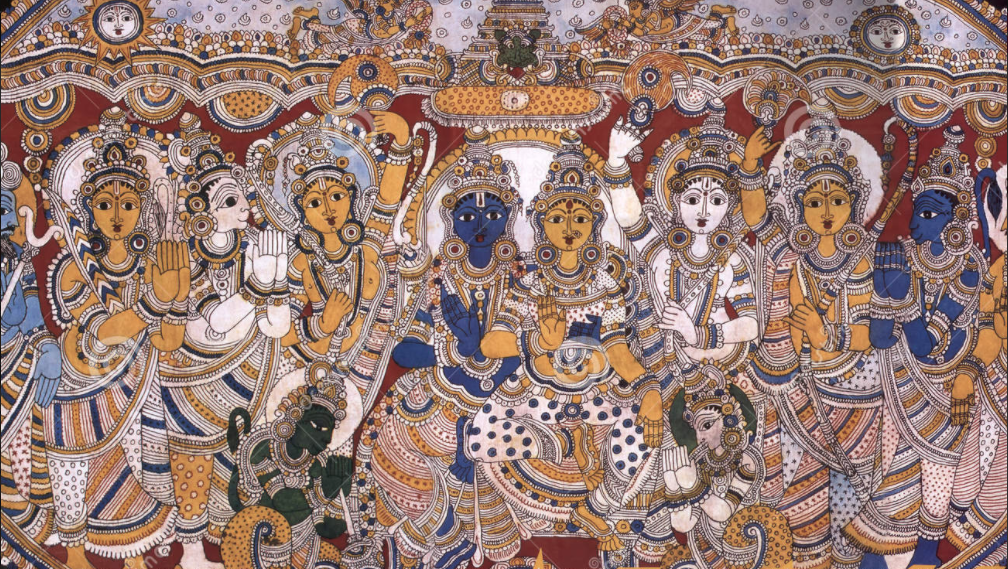 “You’re too dark,” I hear at a puja worshipping Kali Maa. “Much too dark,” I hear from the Shivite mother of a love interest. “Have you tried to get lighter?” my neighbor’s words ring around the statue of goddess Parvati, cut from black stone. At first, comments about my skin color stabbed like daggers, every word plunging its way into my psyche and lacerating my self-esteem.

After the initial pain subsides, all that remains now is an everlasting feeling of fatigue. I’m tired of hearing these words, tired of worrying about how dark I look, and tired, still, of how pervasive this mentality is in our community.

So I began to think, why? What is the root cause of such pointless discrimination? Why do we have to relate it to God? For me, the impact of melanin on Indian culture is deeply complex and is rooted in religion and colonization. India is a country composed of a variety of religions. Here, I will be focusing on colorism as it relates to Hinduism and my identity.

However, goddesses weren’t always depicted this way. The revered Goddess Parvati’s statues are traditionally cut out of black stone to represent her darker skin. Goddess Radha, as opposed to being “light,” is often discussed as having “golden” skin. Even maidens known for their beauty such as Draupadi, a strong protagonist of the Mahabharata, are described as being ethereally beautiful and still dark-skinned.

Time and again, Hindu scripture shows us examples of dark maidens being considered beautiful and dark-skinned Goddesses revered for their power and beauty. Why, then, is it so wrong to my aunties if I have dark skin like Draupadi?

Concerning positive connotations and heroism, dark skin is not a hindrance to Hinduism. Both Lord Ram and Lord Krishna, two of the greatest Hindu mythological heroes, are depicted as “blue” as their skin was so incredibly dark that it had a bluish hue. Concerning power, strong Goddesses such as Kali Maa are always shown with dark skin. Even Lord Shiva, commonly regarded as “Mahadev” or “The God of Gods” is described to be intensely dark—even blue.

Darkness has never shown itself as a hindrance to the strength and power of our most revered Hindu heroes, and these depictions show that skin tone was not considered entirely negative in ancient Hinduism.

Why, then, must we associate light skin with the divine? The answer in some aspects lies within Hindu India’s obsession with fairness as a result of colonization. The negative associations forced upon darker skin by colonizers during turbulent colonial times lead to a majority of the bias towards fair skin we see in contemporary Indian society. Although this concept is not new, it is a new realization for me to see the lasting effects of a colonial mindset. When an auntie tells me that I’ll never get married because I’m too dark and no one would want me, it is painful. When that same auntie prays for a wife like golden-skinned Goddess Radha for her child, I only feel disappointment at the pervasiveness of this nonsensical mindset. Because of this thought process, we no longer need a colonial force to oppress us based on our skin tone—we do it ourselves.

To the auntie who tells me to get lighter: Would you say this to Goddess Parvati?

To the neighbor who says my children will be too dark: How would you feel if you saw baby Krishna’s skin?

To the mother who says I’m too dark to date her child: Draupadi would not have been good enough for you.

To my sisters: you are undoubtedly beautiful. No matter your skin, you join the ranks of the most beautiful and powerful Goddesses in Hinduism. The magic in your melanin is something no one can take away from you.

Vaishnavi Siripurapu is a proud South Asian feminist and activist located in Chapel Hill, North Carolina. She is the founder of The Vagilantes Reproductive Health YouTube Channel as well as Euvie's Podcast. Hailing from the state of Andhra Pradesh, Vaishnavi has been in the United States for 14 years and enjoys writing, reading, feminist advocacy work surrounding South Asian issues and reproductive health and playing with her adorable cocker spaniel.