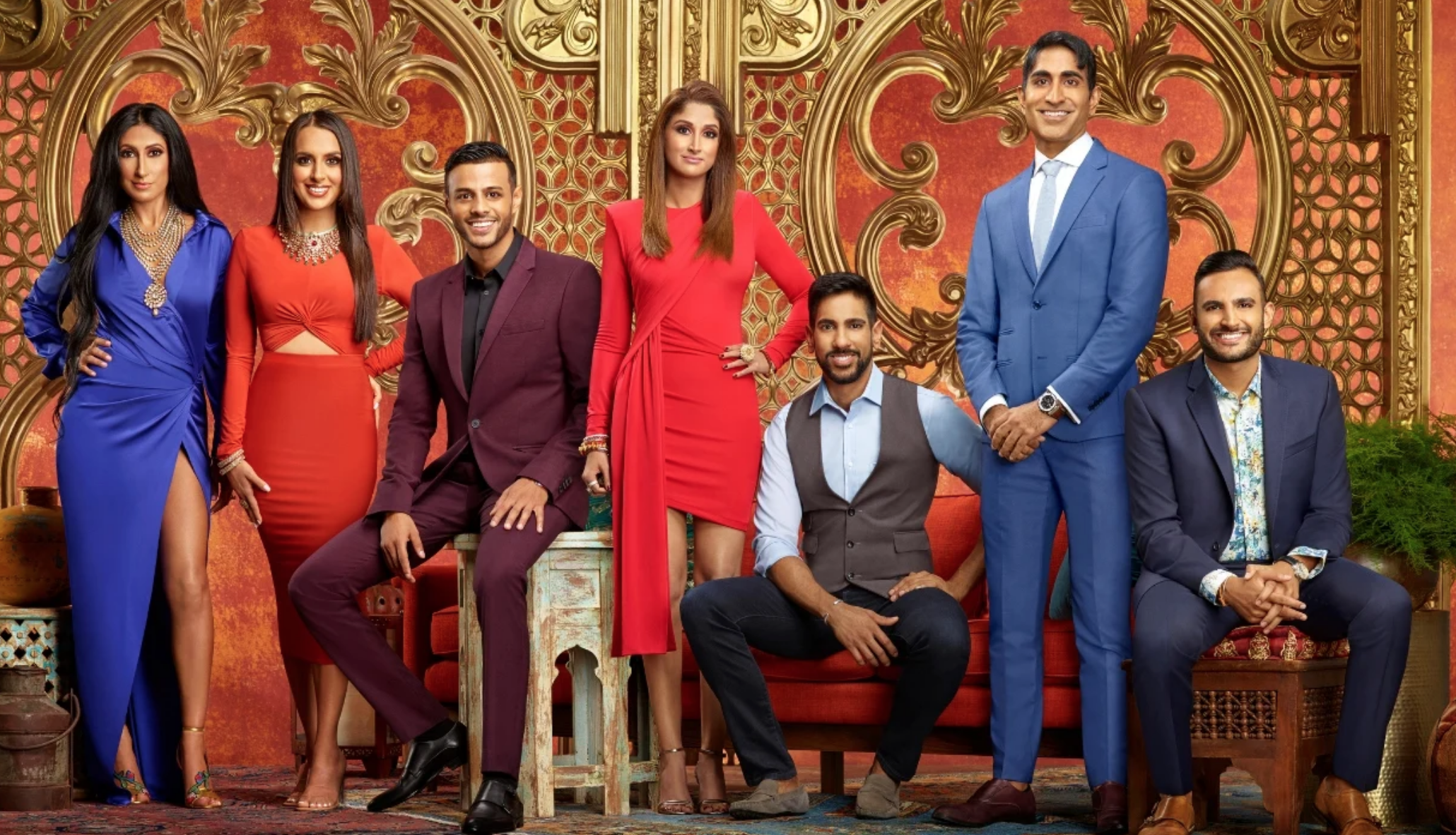 When I first heard that Bravo was working on a reality show following wealthy Indians in Florida called “Family Karma,” two things happened: 1) My eyes rolled right out of my head and onto the floor, and 2) I was super annoyed. Listen, I love reality TV more than anything. The cathartic experience of watching someone make an absolute fool out of themselves? Priceless. The issue was that I didn’t want that for the Indian community. Doesn’t it feel like we’re still graduating from the stereotypes of snake charmers and cow worshippers?

BUT after watching the first two episodes, I’ve finally dismounted my high horse and am here to say that this show is exactly what I didn’t know I needed. Following the intertwining lives of seven first-generation Indian family friends, “Family Karma” is honest, smart, and damn entertaining.

Here’s why we love this ridiculously brilliant show:

Raise your hand if you have an aunty who insists you call her by her first name. That friend who’s unrealistically “filmy?” Oh, how about raising your hand if you know someone who probably pays more attention to his facial hair than his girlfriend? These are only a few of the many personalities of this show and I guarantee you’ll see someone you know (and love) represented.

Bravo has done an incredible job of picking seven distinct characters, who are all anchored in very different storylines but are all bound together by one common thread – tradition.

Not to mention the show perfectly captures what it’s like for Indian kids to live at home with their parents.

Divorce, marriage, sexuality, interracial relationships, ageism, and sexism are all discussed in ways that feel organic, grounded, and most of all universal. Instead of brushing culturally taboo topics under the rug, we see them unfold on TV in a way that feels relatable without diluting the natural absurdity of what makes unscripted television so wonderful LOL.

3. Indian women are being portrayed in non-stereotypical ways.

S01E01 Exclusive: Get your Garba and Dandia dance moves down! #familykarma

I don’t know about you, but I’m pretty tired of South Asian women on TV being portrayed as conservative, traditional, and uninteresting. In FAMILY KARMA, the women rule the show. Monica, the 27-year-old tech specialist isn’t defined by her IT job. She’s beautiful, funny, and loves to dance. Bali, our favorite rebellious aunty, isn’t 30 pounds overweight in a saree and constantly trying to feed you. She’s divorced and rocks cleavage better than I probably ever will.

I thought my parents were the only ones who treated our dog like he’s their own flesh and blood (no offense Rusty). It turns out my parents are the only brown people who own a stroller for their non-human child.

That’s all I can say…watch the premiere and you’ll understand.

When we use the word “inclusive,” we need to remember that it applies within our own communities as well. It’s important to show all the different personalities and stories of what it means to be first-generation because there is no one right story (and this version is wildly entertaining guys).

Also, I can sleep in peace tonight knowing that my parents aren’t the only ones who do car pujas.

Tune into “Family Karma” on Bravo this Sunday at 9 p.m. ET.