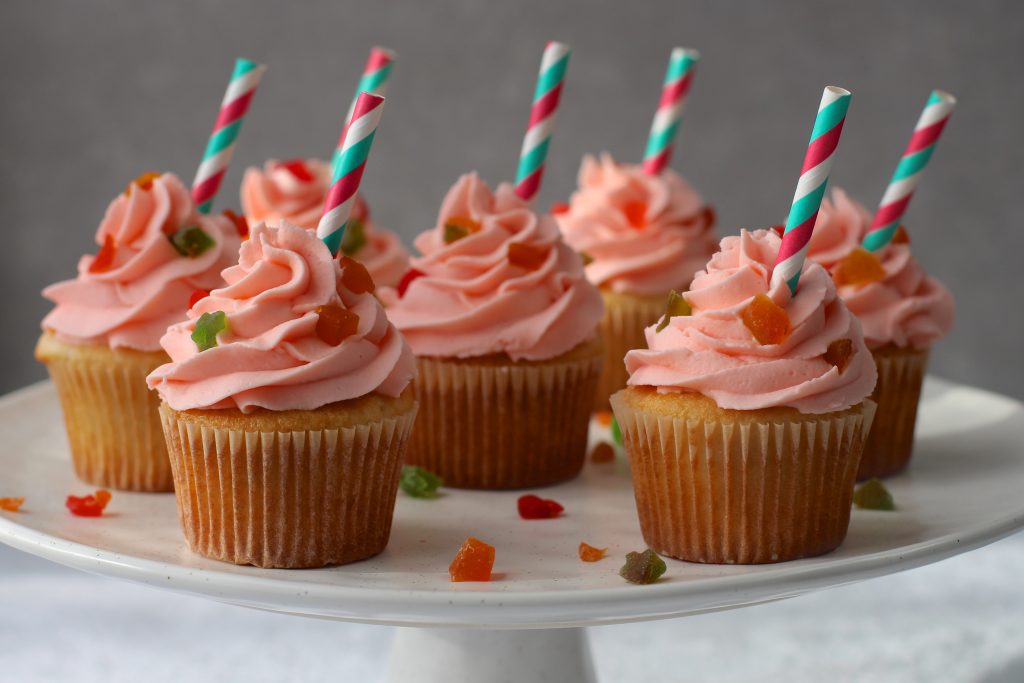 Eid Mubarak to everyone celebrating! I have a confession to make, I am obsessed with creating fusion-flavored desserts. These cupcakes are inspired by the beloved South Asian Falooda drink (think South Asian flavors meet an ice cream float). 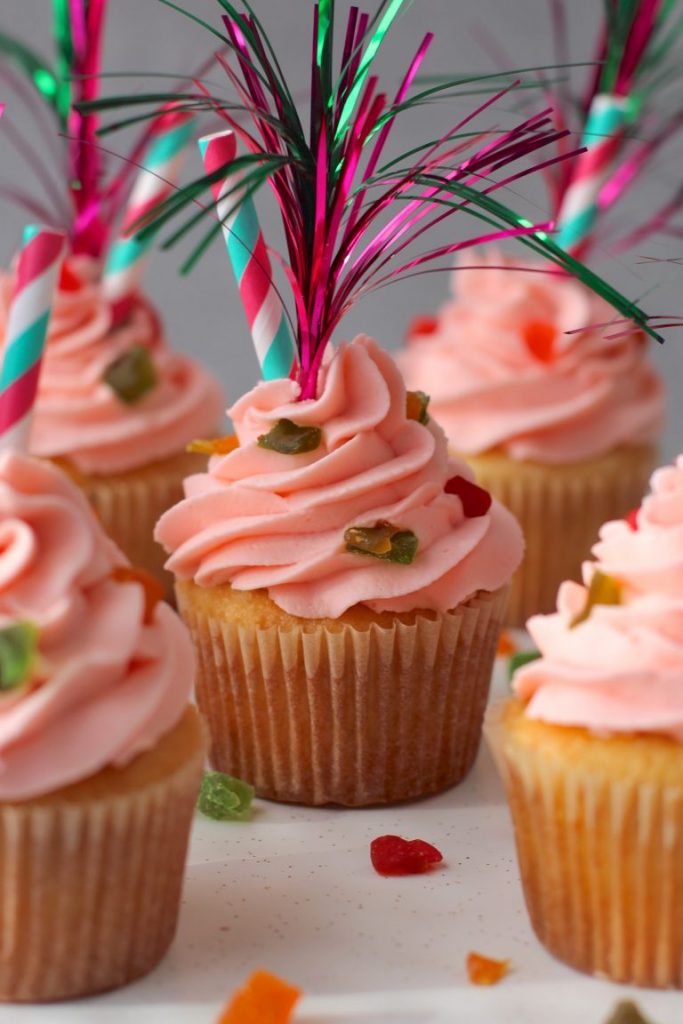 The frosting is drool-worthy rose water infused mascarpone whipped cream, which is a tribute to the creamy texture of Falooda, and the quintessential splash of rose syrup that Falooda is incomplete without. The cupcake is topped with candied fruit (totally optional), which I think is a cute nod to the small chunks of jello found interspersed throughout the drink.

Here’s how to make Falooda Cupcakes:

We know that this Eid may not be the same without the abundance of friends and family, but we hope you are surrounded by the ones you love, safe, and healthy.

This recipe was first posted on Chai and Churros and reposted here with permission.