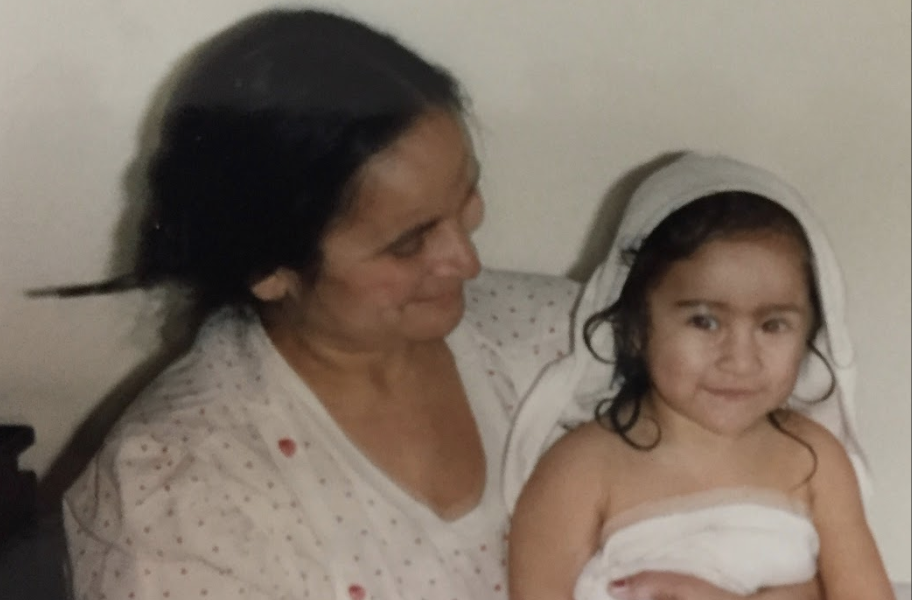 Here’s a conversation I often come across:

Me: Hi, my name is Karen Desai.

Me: No, it’s actually Karen.

Random person: Are you sure?

Me: Yes, I’m sure. My name is not pronounced or spelled Kiran.

Random person: Oh, it must be Karan then.

Me: No, it’s definitely not Karan… My parents named me Karen.

Have you ever taken a moment to stop and reflect on – what is in a name? And, why were you given this name?

Last year, I married the love of my life. Since then, our parents thoroughly enjoy bringing up the topic of when we’re planning to have kids. Oftentimes, my husband and I joke around about potential names for the baby girl or boy that we will have one day. We want his or her name to be meaningful and have the potential to embody a legacy for the next generation (NBD). However, we also want his or her name to be easy to pronounce for Americans, but still represent our culture.

What started off as fun conversations, led me down a path of research and transitively led me down a rabbit hole to better understand the impact of our given names.

When you are born, your parents give you an identity through your name and your name helps differentiate you from others. However, each culture’s naming methods differ significantly.

These naming norms differ by culture, but what happens when you’re raised in a nation of many cultures – a big melting pot, like the US?

It’s recently become clear to me that the name you are given can impact your future success. Research shows that your name can actually affect your lifetime success – from your hireability, criminal activity to your spending habits.

In a New York University (NYU) study, it was found that people with “easier-to-pronounce names often had higher-status positions at work.” It’s now known as the “name-pronunciation effect.” Adam Alter, professor of psychology and marketing at NYU, suggested that ‘When we can process a piece of information more easily, when it’s easier to comprehend, we come to like it more…People simply aren’t aware of the subtle impact that names can have on their judgments.”

All the research had my brain spiraling around the question: When the time comes to name our children, should we choose to assimilate or acculturate?

My name is Karen Desai.

My parents intentionally named me “Karen,” so it would be easier for me to assimilate in the US as a first-generation Indian. This was their goal after facing tremendous racism when they immigrated to the U.S. in the 1970s. They wanted to give me a name that was easy to pronounce and accepted as the norm in American culture. They hoped it would advance me in both my social and professional life. While I think the name “Karen” may have helped, I also think it opened my eyes to the insecurities of my identity.

As I reflect on my youth while growing up in a predominantly homogeneous neighborhood in the suburbs of Illinois, I now realize I had two distinct and different identities as a result of my name.

On one side, it was easy to fit in at school as the “Karen” who played sports, was on the honors track, and spent weekends with friends watching movies or going to the mall. However, for example, when friends or study groups would come to my house, the comments about the spices or odd aromas would embarrass me. As a child, I would always avoid having friends or acquaintances come to my house for this sole reason.

On the other side, at the temple or at Indian dance classes, I always felt like the odd one out. I was the girl named Karen, who could barely speak Gujarati, acted “white” and knew very little about Indian culture. I would be embarrassed when I didn’t understand Bollywood movie references or couldn’t understand silly Gujarati jokes. However, I loved the bond and closeness that everyone in this community had. I so badly tried to fit in, but I always felt somewhat left out.

My husband’s name is Aakash Patel.

When I met Aakash in college while in New York City, I was struck by his pride for being Indian, impressed by his fluency in Gujarati and in awe by the bond he had with his friends and family.

Although he grew up in a small town in Indiana, he was raised as part of a strong Indian community. He never doubted or felt confused about his self-identity. But, was that because of his name or his surroundings?

As Aakash and I dated, his love for cricket, Bollywood music and Indian restaurants opened my eyes to the world I wished I had always been a part of earlier on. He looked at me beyond my name and appearance and instead shared our culture with me in a way that I never had exposure to before. It was him who helped me be my authentic self and embrace our Indian heritage.

Today, I’m spending more time than ever sharing our Indian culture as part of my new career with LUKH (lukhstudio.com), an online rental service hoping to bridge the gap between Indian and American cultures through fashion. As the adult “Karen,” it’s been bringing me so much joy to help preserve and foster our culture through this new community with other like-minded people.

I still don’t know what Aakash and I will name our kids one day. We’ll cross that bridge when the time comes, but I do know it’ll represent the identities we’ve grown into over time.

What is in a name?

Sometimes we try to live up to our names and other times we try to run away from them. While names may help move us forward in life or career, they are also a crucial factor in developing our sense of culture, identity, and self-awareness.

How do you plan on naming your children? If you already have children, how did culture affect your decision to choose their name(s)?

Karen Desai is the co-founder of LUKH (lukhstudio.com) - an online rental service dedicated to giving everyone an equal opportunity to experience South Asian culture through fashion. She is a first-generation Indian-American who resides in Chicago. Through her passion for writing, she hopes to explore the Indian-American culture in the US - specifically, the various pressures and questions that exist. When she’s not working or writing, she is on a plane traveling or on Yelp finding new restaurants to explore.