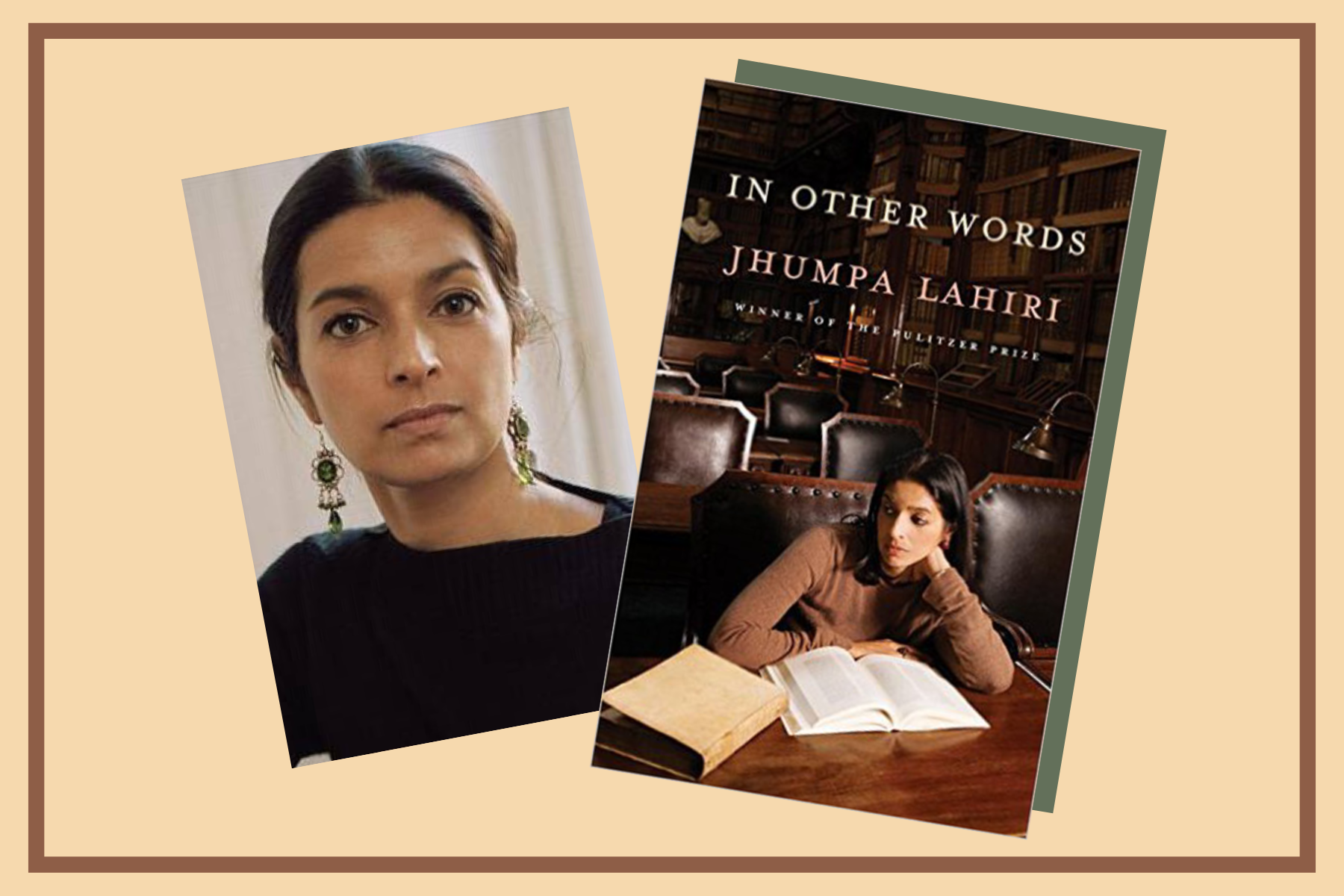 Most people are familiar with Jhumpa Lahiri’s works, “Unaccustomed Earth,” “Interpreter of Maladies” and “The Namesake.” However, few people have read her last novel, “In Other Words”. Although this book was published almost five years ago, it has not created as much buzz in the literary world in comparison to Lahiri’s other novels. Because this work is so different from the others, it is imperative to shine a spotlight on this book since it captures the most important elements of a diasporic millennial in the 21st century—language and the tenuous elements of culture that tied to it.

“In Other Words,” originally written in Italian and translated to English, is the first attempt by Lahiri at writing in another language. She explores the ways in which her mother tongue, Bengali, and the eternal relationship she shares with English, influences her writing. The narrative brings to the forefront many aspects of a writer’s cultural identity and the various challenges faced by an Indian writer writing abroad.

As a prolific writer in English, she explores her feelings of dissatisfaction with sticking to one language and explores her ever-growing fascination with Italian, which captured her attention during her college days. The book being an autobiographical work, she explains her struggling attempts at learning a foreign tongue in America and her ultimate decision to move to Italy in order to really learn the language.

In this nomadic work, formed in the transitional space between fiction and memoir, Lahiri avoids both the English of her four acclaimed works of fiction and her parents’ Bengali, which is at once a mother tongue and foreign language. Instead, she chooses a third language altogether—Italian.

Her choice between three languages encapsulates what it means to be a global citizen in today’s world, especially for the millennial generation in India. Diasporic populations and immigrants have been brought up, not restricted by language, state or culture but with an emphasis on multiethnicity and plurality of languages, which have become a core part of our lives, unlike in our parents or grandparents’ generations.

Written in simplistic prose, Lahiri captures the ambiguous elements of writing, especially for a diasporic author. The work highlights themes of exile, return, and the notion of home as an idea that evolves to be provisional and uncertain, just like language with its abrasive textures.

English, albeit a ‘colonial tongue’ that has had a negative connotation for previous generations, has been handed down like any other tool for subsequent generations. It is this language which serves as our source of power and progress as we appropriate it in our own ways. The tenuous link between language, culture, and identity explores the complex relationship of individuals to their family traditions which are encountered in foreign cultures across global spaces.

This experiment of writing in Italian by Lahiri illuminates the fissures and injuries of multiculturalism in today’s world, whose aspects bicker and diminish one another rather than offering a melding or union. Lahiri’s ever-present feeling of estrangement from her native tongue of Bengali and her fluidity in English is a fact which she reiterates in the novel and is something which many from our generation can relate to.

In my case there is another distance, another schism. I don’t know Bengali perfectly. I don’t know how to read it, or even write it. I have an accent, I speak without authority, and so I’ve always perceived a disjunction between it and me. As a result I consider my mother tongue, paradoxically, a foreign language, too.  English on the other hand, comes to me like second nature. I am astounded by the smoothness, the unconscious vocabulary, the ease with which words flow out of me, and the same which I struggle with in Bengali (Lahiri 28).

Echoing not just an immigrant cultural crisis, which is common enough by itself, this narrative voices the confusion and ambiguity which today’s generation harbors towards their mother tongues, while English is a language spoken with utmost authority.

This schism of an Indian who is exposed to multiple languages from childhood and who encounters newer languages later on in life highlights the identity crisis that is linked with the usage of a particular language. By challenging herself to write in a third tongue altogether, Lahiri demonstrates the ‘romance’ she harbours towards this foreign tongue and an unquenchable thirst to master this language.

Furthermore, delving into the linguistic aspect of learning any language, Lahiri traces her uphill journey of learning Italian. She compares it with learning Bengali and English and highlights the differences between all three experiences. She also highlights the concept of a language belonging to a geographical area and so no matter the effort that one may put into learning a language, the ultimate mastery only arrives when one physically moves to the location itself and imbibes the surroundings—the sights, sounds, smells and culture.

Her main contention lies in the fact that a language, particularly a foreign language, cannot be studied in isolation. It must be learnt in the environment in which it is born and to which it belongs. This is the reason for her ultimate decision to move to Rome and devote her days to learning Italian.

Highlighting the themes of immigrant Indians across the globe, Lahiri brings to the forefront the interlinking web of multiple languages, loss of authority, exile, the notion of home, and the ever-present quest for an identity. Ergo, her work is contemporarily relevant.

Using multiple metaphors in the narrative—that of a lake stretching out towards the horizon across which she must swim, and resisting the urge to translate this work from the original Italian into English, which she relegates to another writer due to fears of her powerful English engulfing her weak Italian.

The title of the work In “Other Words” or ‘in another language,’ is indicative of Lahiri’s exploration of the challenges of a Diasporic writer attempting to write in another language altogether. The essence of the novel can be captured in an extract from the work itself:

Eventually, what does a word mean? And a life? In the end, it seems to me, the same thing. Just as a word can have many dimensions, many nuances, great complexity, so, too, can a person, a life. Language is the mirror, the principal metaphor. Because ultimately the meaning of a word, like that of a person, is boundless, ineffable (101).

An Intense Litterateur. A Research Scholar by day, aspiring Novelist by night, part-time columnist and full-time reader. Interests include analyzing and dissecting post-colonial concerns and how the interlinking of language and culture forms societies. Other interests include 20th century American literature and culture.