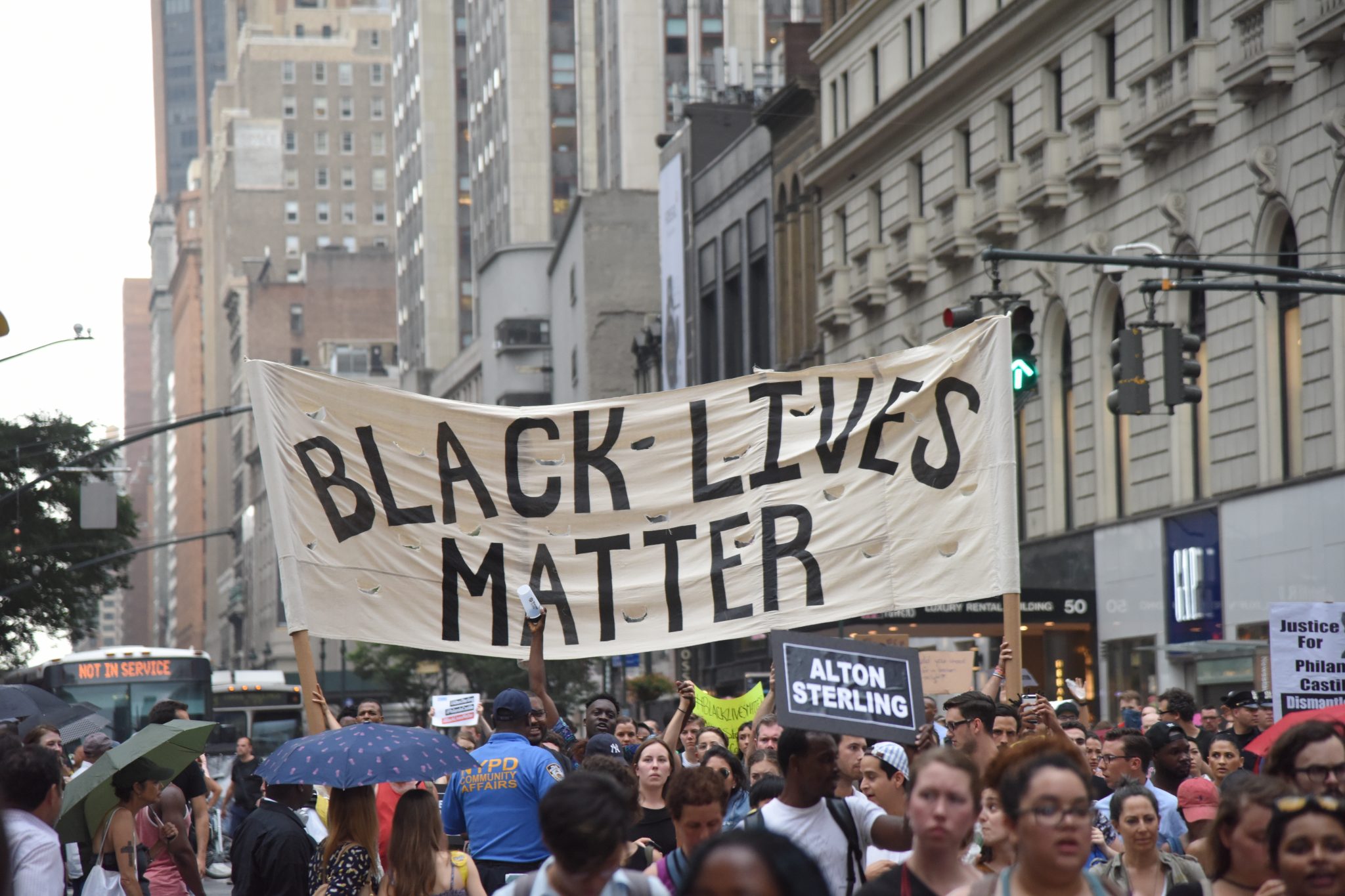 It wasn’t even a week after Brown Girl Magazine published the essay below that we learned about the tragic murder of George Floyd at the hands of officers from the Minneapolis Police Department (MPD). What I said on May 20th continues to ring true. I do not think non-black people of color care about anti-blackness in America unless racism directly affects their group of people. While Derek Chauvin strangled Floyd, his Asian partner, Tou Thao, looked the other way and blocked people from documenting the scene. The convenience store workers, who called the cops on Floyd over an alleged counterfeit bill, were employed by Cup Foods’ Arab owner, Mahmoud Abumayyaleh. Chauvin was already known to be a violent and unstable person; he murdered Floyd and was rightfully charged for his crime. However, Thao should be charged as an accomplice, as well as all the two other officers who aided Chauvin.

What disgusts me about Floyd’s murder was that it was entirely preventable. Furthermore, I am appalled by the tone deaf responses of non-black people of color across the Internet, as well as their cowardice in addressing anti-blackness in their own communities. Abumayyaleh says he doesn’t condone the actions of the MPD, yet he doesn’t take responsibility for his employees who called the cops on Floyd. Abumayyaleh has now went into hiding and essentially wiped his hands clean of Floyd’s death. Even so, on a personal level, I’ve seen numerous desi‘s on social media speak out on the matter, but ironically, these are the same people who engage in anti-black behaviors. If you, as a non-black person of color, want to do something about racism, I would suggest that you start at home. Have the moxie to call out your racist relatives with the same vigor that you proclaim “Black Lives Matter” on Twitter.

At this moment in time, you may be wondering, “what can I do to help?” There are plenty of ways of further this movement, many of which are free and only take a couple of minutes. Donate to an array of funds fighting for the Black Lives moment, sign a number of petitions counting on your signature,  However, if you have the time and means to protest, here a slew of helpful resources for those on ground.

About six years ago, when I began writing professionally, I penned an essay about Mike Brown, a young black man from Ferguson, Missouri who was fatally shot by Darren Wilson, a white police officer. The actual story of what happened prior to and during the incident has been documented extensively. I won’t be discussing the minutiae of Brown’s case, but will further focus on the key points that made it so important.

Today would have been Brown’s 24th birthday and I empathized with him because we were the same age. I was upset by his grisly murder because his life was cut short at a time when most 18-year-olds were just beginning their journey into adulthood. Like many others, I was heartbroken and furious that Wilson was not convicted, considering how the evidence pointed to him as the aggressor.

Black people are so tired. ? We can’t go jogging (#AmaudArbery). We can’t relax in the comfort of our own homes (#BothemSean and #AtatianaJefferson). We can't ask for help after being in a car crash (#JonathanFerrell and #RenishaMcBride). We can't have a cellphone (#StephonClark). We can't leave a party to get to safety (#JordanEdwards) We can't play loud music (#JordanDavis). We can’t sell CD's (#AltonSterling). We can’t sleep (#AiyanaJones) We can’t walk from the corner store (#MikeBrown). We can’t play cops and robbers (#TamirRice). We can’t go to church (#Charleston9). We can’t walk home with Skittles (#TrayvonMartin) We can’t hold a hair brush while leaving our own bachelor party (#SeanBell). We can’t party on New Years (#OscarGrant). We can’t get a normal traffic ticket (#SandraBland). We can’t lawfully carry a weapon (#PhilandoCastile). We can't break down on a public road with car problems (#CoreyJones). We can’t shop at Walmart (#JohnCrawford) . We can’t have a disabled vehicle (#TerrenceCrutcher). We can’t read a book in our own car (#KeithScott). We can’t be a 10yr old walking with our grandfather (#CliffordGlover). We can’t decorate for a party (#ClaudeReese). We can’t ask a cop a question (#RandyEvans). We can’t cash our check in peace (#YvonneSmallwood). We can’t take out our wallet (#AmadouDiallo) We can’t run (#WalterScott). We can’t breathe (#EricGarner). We can’t live (#FreddieGray). We’re tired. Tired of making hashtags. Tired of trying to convince you that our Tired of dying. Tired. Tired. Tired. So very tired. (Repost. Original author unknown)

In my original essay, I focused more on the tragedy of Mike Brown as opposed to the real underlying issues. When I wrote the piece in September 2014, I couldn’t have predicted the massive international response to the case. As I watched the protests, trials, and news stories unfold in the following years, my perception of race, class, and authority figures changed completely. Brown’s case and its aftermath is an archetype for how America punishes black people for existing and gives non-black people the free reign to do so.

My biggest mistake in my original essay was assuming that black and non-black people of color experience systemic racism in the same way and to similar extents when data and experience show us that this is not true. While white people are more likely to be shot by police, black people, particularly men and boys, are more likely to be killed in a police shooting. Even so, the history of police brutality on the black community is extensive and goes back much further than anything that we desi’s will ever face.

I feel that most South Asians only care about racism when one of us is called a racial slur or treated differently because of our ethnicity. Even so, our solidarity with black victims of systemic racism tends to be performative and there is plenty of anti-black sentiment to go around in our community. In the six years since I wrote the essay on Mike Brown, I have seen a mild positive change in the South Asian community with regards to fixing our anti-black perceptions, though we could be doing better.

We need to be speaking out more, and not just on social media. When I was 18, I used to be so vocal about prejudice and systemic injustice on Twitter and Instagram. But I eventually realized that my words bear more weight when I use them in real life. It took time to develop the courage to speak out against ignorance when I see it in person. It’s marred by awkward silence after heated discussions with family members and broken friendships over recurrent problematic behavior. Even so, systemic racism is everywhere. We must approach the world with a keen and perceptive eye, and continue to question everything around us. Sometimes, this type of thinking can turn you into a killjoy; however, it’s these little things that we we do in our everyday lives that snowball into gradual social change.

Overall, I’m not sure what to think about Brown’s case anymore. There is so much ambiguity when one considers the intersectionality of race, gender, and class. I am even more uncertain about the aftermath of the murder trial and the effectiveness of the Black Lives Matter movement. Since Mike Brown, there have been hundreds of police-related deaths in the black community, and even more tragic stories of white and non-black people of color targeting unarmed black people.

In February of this year, Ahmaud Arbery was shot in cold blood by two white supremacists. His murderers were finally apprehended this month after national outrage. Netflix’s recent hit “How to Fix a Drug Scandal” partially covers the story of Annie Dookhan. She was a South Asian chemist who forged drug samples at her laboratory to further her career. Dookhan inadvertently put hundreds of black people behind bars. This lack of basic awareness of the inequalities of the American judicial system, in relation to anti-blackness, is what makes me so pessimistic about the desi community.

While more people know about police brutality and anti-black violence, racists keep creating more racists. Social advocacy has been greatly helpful in improving people’s mindsets, but the focus is always on apparent, direct forms of racism. Racial inequality is in all levels of American society and most people don’t see it when it’s in front of them. Yes, more people are aware of police brutality, but protesters and whistle blowers are mysteriously dying. The biggest example is the case of Sandra Bland. I am unsure if these think pieces and exposes are doing much to change the machinations of state-wide racism. Even Brown’s mother, Lezley McSpadden, thinks so.

I hate to end my piece on such a dreary tone, considering how all my first essay had a positive spin to it. However, it is unacceptable to sit cozy with the model minority idea and accept systemic racism. There is always work to be done. Happiness in the status quo is equal to giving up on progress.