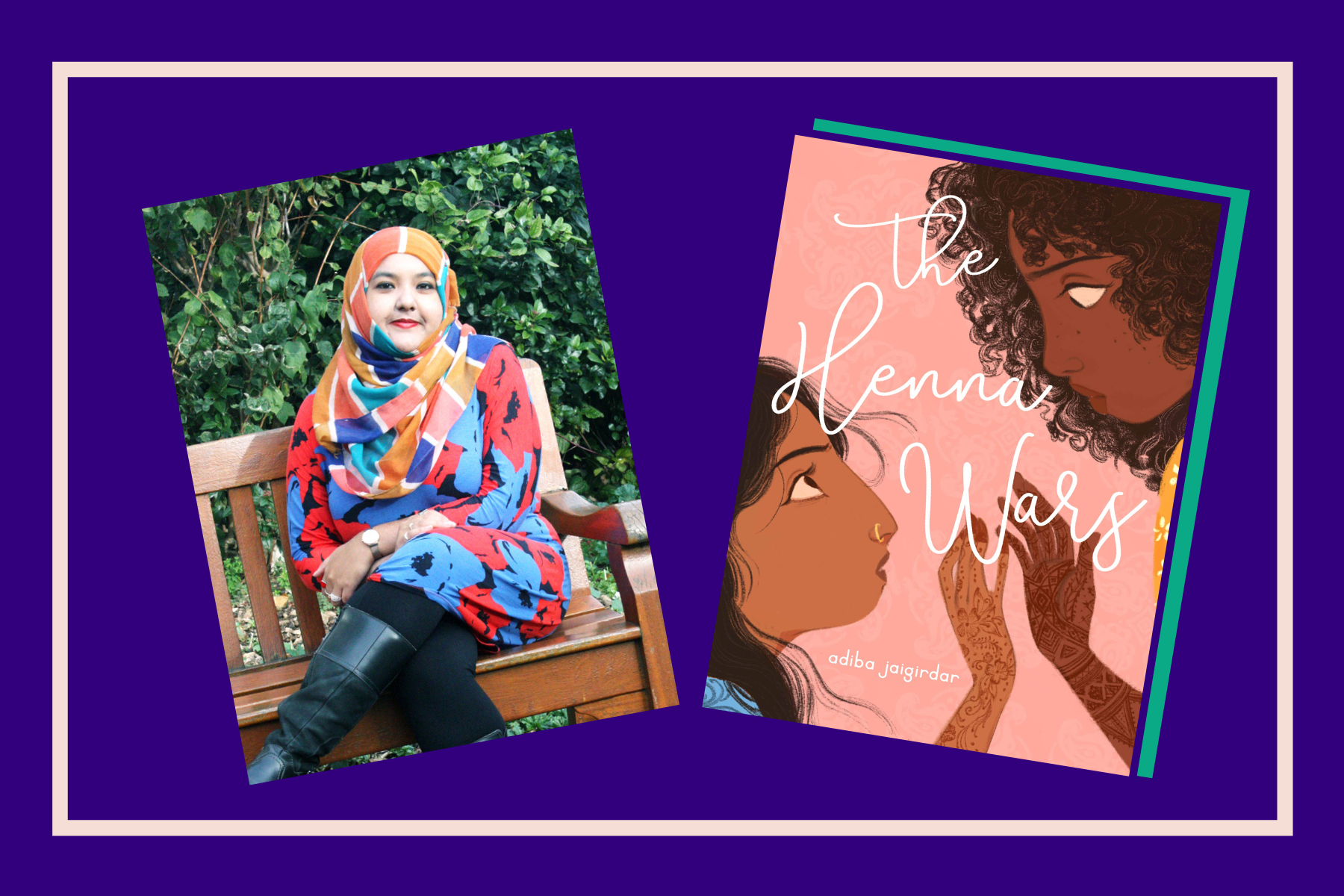 Adiba Jaigirdar, the author of “The Henna Wars,” always knew she wanted to write. Either professionally or as a hobby, she wasn’t sure. But of writing itself? She was absolutely sure.

Growing up, Jaigirdar would alternate between living in Saudi Arabia for six months and Bangladesh for six months. At the age of 10, she and her immediate family moved to Tullamore, Ireland where there weren’t too many Brown people. “The first time I went to school, everybody had so many questions for me and huddled around me to ask about Bangladesh.” The novelty wore off after about a week. “I was already feeling out of place, and feeling the adrenaline of being something shiny and new and seeing that wear off as a 10-year-old was difficult.”

Read Related: [South Asian Culture and its Change in Visibility in the Digital Age]

When she and her family moved to Dublin, Ireland Jaigirdar found the city to be more diverse and made friends with people from different cultures. She was also a part of a family where it was encouraged to be a storyteller, a writer and to read books.

Jaigirdar was in the middle of working on another book before she turned her attention to the Young Adult genre, particularly the rom-coms. “I love that YA rom-coms give you a happy ending because when I was growing up, there obviously weren’t a lot of books about people of color, or queer people, or Muslims.” She cited that the first book she read by an Asian person was about the Japanese internment camps, reflecting how a lot of the books by Asian authors were about very important, serious and traumatic subject matters.  “Now we’re in a place where we can put marginalized characters into stories that are sweet and fun and can have a happy ending.”

Described as “When Dimple Met Rishi” meets “Simon vs. the Homo Sapiens Agenda,” “The Henna Wars” is a YA romantic comedy about two teenage girls who create rival henna businesses for a school competition, and in the process, begin falling for one another.

I was very excited about this book and how it would connect with readers who have never seen this representation before—Muslim readers, South Asian readers, queer readers—that was what kept me motivated to finish the story.

This motivation and passion led Jaigirdar to do extensive research while sending queries for agents and being in contact with her other POC friends who were writers.

A lot of us are so careful about who we decide to work with, so I definitely checked what agents were looking for and their wording. They can say ‘I want to represent diverse creators,’ but their wording maybe tells me that maybe they aren’t at the place to work with a writer like me.

In fact, two weeks after signing with her agent, she found out that he had signed another Bengali author as well.

This experience was so novel to someone like Jaigirdar, who was one of the only two or three people of color in her undergraduate History course of 200 students. “Growing up in Ireland, you get used to being the only POC in most spaces.” During her undergraduate years, she mainly had white friends and was surrounded by whiteness. She started reading books by people of color in her one module for English called World Literature.

The books were specifically set in non-Western countries and were talking about issues I had never seen discussed before. I felt something shift as I was reading work by LatinX authors, Black authors, South Asian authors—I enjoyed reading their literature and I connected with their work.

There were only two modules in her entire English course that covered books written by people of color.

Jaigirdar then pursued her master’s in post-colonial studies, where she learned so much about the history of colonialism that was not covered in her undergraduate degree.

I was studying in an academic environment where people of color were writing about their experiences. It helped me realize the world around us and what it means to exist as a woman of color.

After graduation, Jaigirdar taught ESL (English as a Second Language) to adults, a job she found incredibly satisfying and demanding.

Working on writing after doing a day job where you want to be incredibly attentive and present is very hard.

She decided to pursue full-time writing just before promoting “The Henna Wars.” As of now, Jaigirdar does not have plans to go back to teaching. She is using her voice and platform to bring stories that she has never seen before into fruition.

Right now, I’m trying to see where writing YA rom-coms will take me – I love writing them.

As readers, we sure are excited to read them.

You can purchase The Henna Wars from Penguin Random House. Keep up to date with Adiba Jaigirdar’s work Twitter and Instagram!