In the News Politics Social ActivismJune 21, 2020 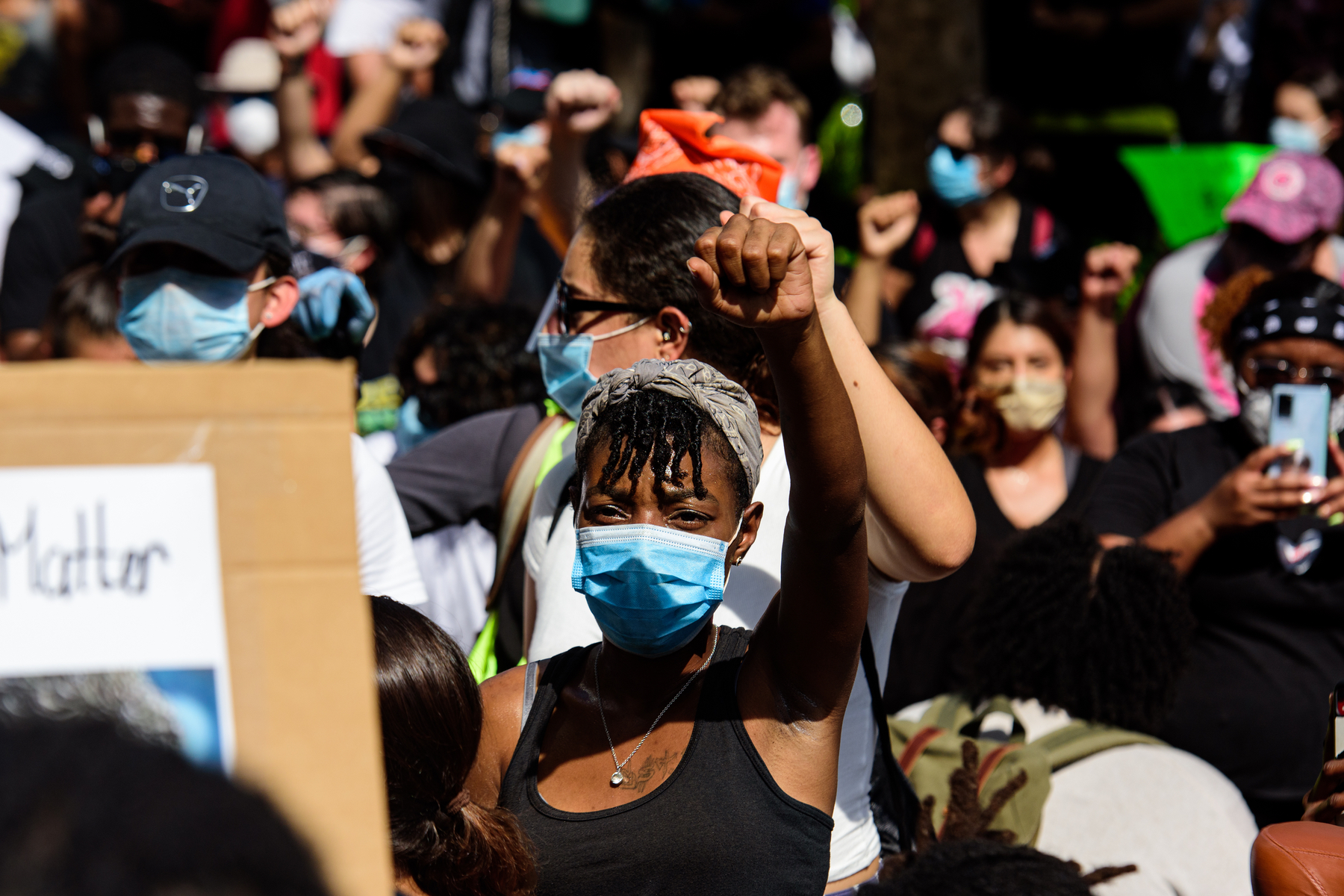 Government officials and police departments around the country have been blaming “outside” groups for the violence taking place at protests. But there is confusion as to who these outsiders are. There have been links of white supremacy groups instigating and promoting violence at rallies, posing as protesters or anti-fascist groups like Antifa. But what these officials are ignoring is the fact that not everyone involved with violence at these protests is in fact from out of state or members of white nationalist groups. For instance, in Minnesota, out of the 18 protesters arrested in the first few days of unrest, only four were listed as being from out of state and two were listed as an unknown origin.

When I first heard about this, I could not understand why officials were pushing this “outsider” narrative. And that is when it dawned on me that I had been doing the exact same thing for years.

I was an undergraduate student at the University of Virginia when the “Unite the Right” rally had taken over Charlottesville, VA. On August 11 and 12, 2017, hundreds of white supremacists, led by Richard Spencer, protested the plans for removal of the Robert E. Lee Statue in Virginia Market Street Park. It was still summer – I was living at home in Northern Virginia. In fact, my mother and I had decided to take an impromptu trip up to New York for the weekend when I started receiving text messages describing the horror.

We had known the protesters were coming for weeks; they had to get permission from the city in order to hold their protest. But we had never expected the number. I remember scrolling through pictures of the rally in shock, seeing tiki torches descend down the fields I had only ever seen speckled with frisbees, snowballs, and hammocks. They spewed hate, marching past buildings I had only ever associated with Latin beats or celebrations. They gathered by a statue I had never once turned back to look at.

Everything changed almost overnight. It was not that my college experience had been devoid of trauma before that night. During my first year, not even a couple of weeks in, Hannah Graham was brutally murdered. Rolling Stone had released an article about a gang rape that allegedly took place in one of the fraternity houses at the University of Virginia. In 2015, a Black student named Martese Johnson was brutally, violently, and wrongfully arrested by ABC officers for a fake ID that he didn’t use.

But I naively and, to be honest, ignorantly continued to believe that these were isolated incidents. Until the Unite the Right rally, my view of Charlottesville remained untainted. Of course, this was also due to my privilege, which I also conveniently ignored. Drowning in my own workload, extra-curriculars, and stressors, I blissfully ignored such micro-aggressions because I didn’t have time. At least that is what I told myself. The truth was, I ignored them because I could.

After the Unite the Right rally, any time someone heard I went to school in Charlottesville, they asked me about the supremacists. And for some reason, even though I had not even truly loved my time in undergrad, I felt this instinctive need to protect my version of Charlottesville. Without even being prompted, I often replied, “Outsiders came and protested. It wasn’t us.”

But that wasn’t the truth. There were some of us that marched. But by refusing to acknowledge our presence, I was holding onto this picture-perfect version of events that didn’t exist. I didn’t acknowledge the reasons why this march had taken place or even question who and why those in our community had felt the need to march. And I know it was not just me who reacted this way. Our community attempted to heal through unity concerts and statements, but by not truly addressing the source of the problem, we failed to move forward.

Similarly, when officials in Minnesota push this narrative that protesters inciting violence are outsiders trying to stir up trouble, they are shifting the focus of the protests and what the protesters are asking for. Officials aren’t asking why or what would drive someone to the point of rioting or looting. They are subtly saying that these problems don’t exist in our community and are ignoring the pain and suffering the Black community has endured. This behavior stunts true progress and healing.

Even more so, by labeling a certain group as “outsiders,” we can excuse violent acts against them because they are now viewed as “dangerous.” And these problems aren’t only seen in the U.S. Examples of this “otherness” can be seen in our own South Asian communities.

In 2019, Prime Minister Modi passed the Citizenship Amendment Bill that will give Indian citizenship to those hailing from Afghanistan, Bangladesh, or Pakistan, unless they are Muslim. Hindu-Muslim tensions in India have always been high, but by formally making a policy that actively discriminates against Muslims and labels them as “outsiders,” the U.N. Human Rights Watch and U.S. Commission on International Religious Freedom have all warned that this could lead to increased violence and persecution of Muslims. Like the example of Kaushar Ali, a Muslim who was brutally attacked by the police when he went to get help and was told, “Even if we kill you, nothing will happen to us” by one of the officers.

Police brutality continues to occur even during peaceful protests. Police officers Aaron Torgalski and Robert McCabe pushed Martin Guingo, a 75-year-old peaceful protester, causing him to suffer a severe head injury in Buffalo, NY. A police SUV drove into a crowd of peaceful protesters in Brooklyn, NY. Such incidents prove that we cannot stand to sit on the sidelines any longer.

We cannot continue to ignore that racism takes place in our own communities, and must actively work on identifying the pain and suffering that Black, Hispanic, and other marginalized populations have faced for centuries. We need to learn their histories and stories, which have been purposefully omitted from our history books. And we also need to take a deeper look at our own communities. We need to actively stand with our Black brothers and sisters, but we also need to address the Hindu-Muslim divide and realize that none of us are outsiders. We are the rest.