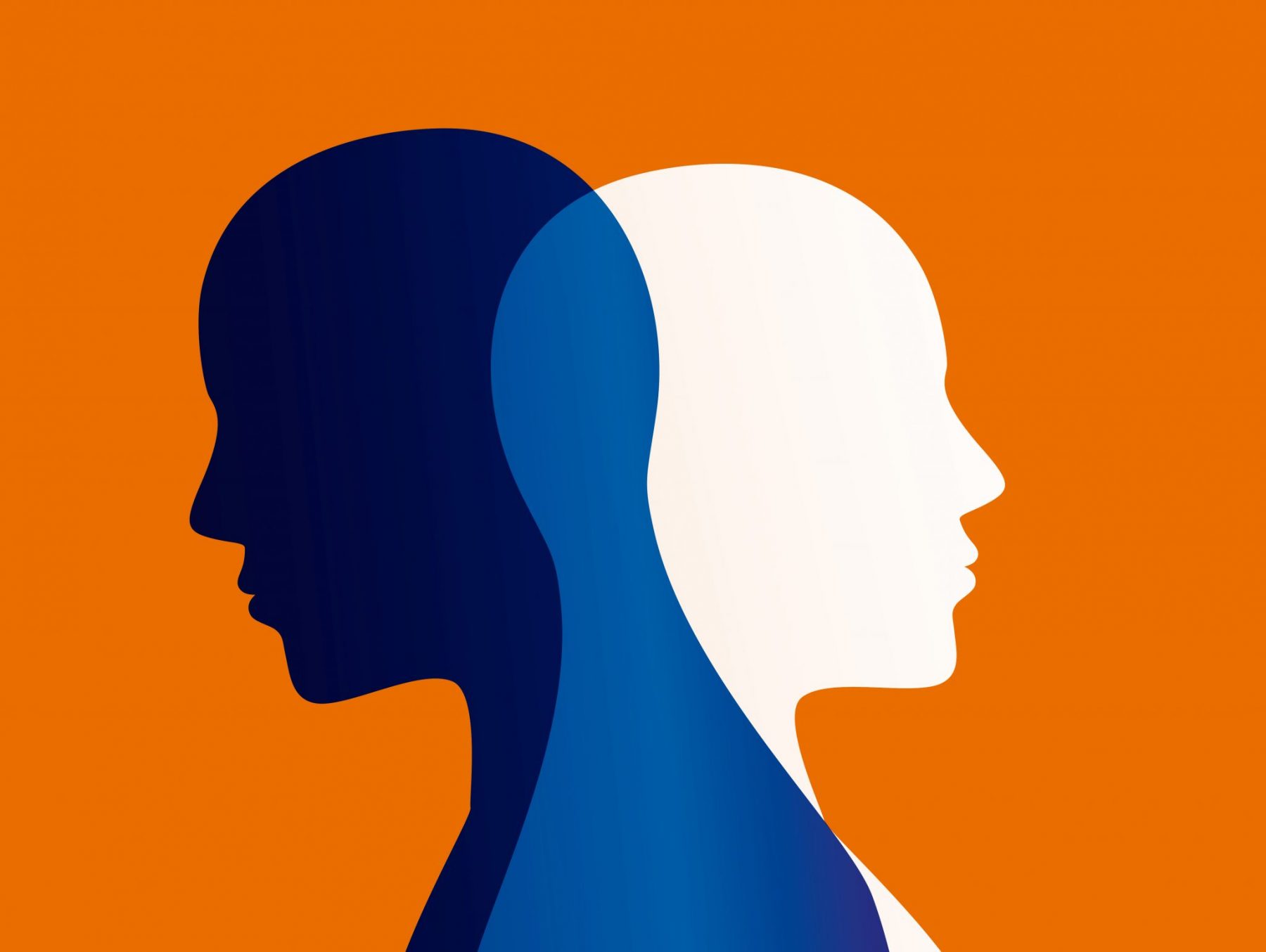 I was 16 years old when I was diagnosed with bipolar disorder. There were so many truths I wished I knew then that would have given me an ounce of insight into living with this disorder. But as the saying goes, you live and you learn.

Every person’s lived experience is different, yet my hope is that I may provide you with a better understanding of what the life of a diagnosed bipolar is like. The truth is each day is different but there are some standing truths that we have come to accept.

14 years ago I was diagnosed with #bipolardisoder; I’ve said time and time again how it’s impacted my life and changed me. But the truth is that being #bipolar never really changed me because it always was apart of me. Today, on #worldbipolarday, I want to take time to acknowledge all the great things my disorder has given me. Indeed, it hasn't always been perfect but i wouldn't trade this journey for anything. Bipolar disorder has given me courage, strength and tenacity. It has taught me how to love in a way I would have never known possible. So even though I don't like all the things my disorder has put me through I love the person it's made me become. I wouldn't be half the person I am today if I wasn't bipolar and for that I am bipolar and #blessed. ??? ? ? #bphope #bpstrong #bipolarawareness #mentalhealthawareness #mentalhealth #mentalhealthmatters #mentalillness #mentalhealthadvocate #mentalhealthadvocacy #bipolarstrong #bipolarbrave #endthestigma

Symptoms are not isolated. Instead, they are mostly experienced simultaneously.

One of the main unique factors about living with bipolar disorder that differs from other mental illnesses is its symptoms. Living with bipolar disorder does not solely mean one suffers from mania or depression. It doesn’t mean one suffers from those states exclusively either. Bipolar disorder includes a  variety of symptoms: anxiety, paranoia as well as the well-known depression. What isn’t well known is that you can experience these symptoms all at once. Meaning while experiencing a depressive or manic state, you may constantly experience anxiety. Many experience symptoms of other mental illnesses simultaneously. This makes bipolar disorder states not only more difficult to treat but much more difficult to cope through.

Debunking a common Bipolar myth: Mania does not equate happiness.

One of the major misconceptions about bipolar disorder is mania. Mania does not equal happiness. Indeed, some mania might be experienced as a euphoric state but that does not equate to the feeling of joy. Further, mania does not necessarily mean the feelings of anxiety and paranoia are gone. It is misleading to believe that mania is a positive experience. For many, mania only leads to racing thoughts and heightened behavior. Despite how much the media glorifies media, it is most likely not musicals in the mind. The grandeur behavior that stems from mania isn’t always pleasant; so while bipolar disorder is known for “ups and downs” that phrase itself is misleading because it doesn’t mean moments of happiness and sadness.

Many people with bipolar disorder take medication to stay stable. This does not mean we are constantly medicated.

Medication does not make me weak. It does not make me inferior. Medication makes me better. Medication keeps me stable; it keeps me sane. ?? •? •? ?The reality is without medication, I would not be able to function. Most days I struggle to get up, to get out of bed, to simply live. Medication helps me get through the day; it helps me push through. ?? ?•? •? Still, I am judged for taking medication and for relying on it. I have accepted that I will take medication for the rest of my life; it is a commitment I made to myself and I have learned to be ok with it, mainly because I have to.?? ?•? •? Society wants me to be ashamed for taking medication. But why should I be ashamed for taking medication when it makes me the best version of myself? I will no longer be ashamed. Now, I take my pills with pride and gratitude for the stability they give me. ?? ?? #endthestigma #mentalhealthawareness #medicationawareness #fightthestigma #mentalhealthadvocate #bipolardisorder

Yes, medication is a great way to stabilize our moods. This does not mean the whole day is spent taking meds. Most often meds might be taken in the morning and in the evening. There is an additional medication known as a PRN that can be taken as needed in a stressful time. But for the most part, the day isn’t spent in a medicated state. The medication serves its purpose of balancing the moods but not all necessarily sedate patients throughout the entire day. Unfortunately, medication has been portrayed in the media very negatively, making it seem as though it alters a person completely rather than benefiting the patient.

There is a mixed state.

Of the many things, I wish I was prepared for this is the one, I could have really used a warning. A mixed state refers to an episode when one experiences both highs and lows simultaneously. Not only is it extremely confusing, but I have also found it hard to manage and treat. I anticipated lows and highs and expected to treat them individually but having to manage both at the same time proved to be extremely frustrating and emotionally taxing.

Bipolar disorder is like a tennis match in your brain.

I was 14 and recognized it as anxiety. The anxiety developed into paranoia; that was the point I knew I wanted to see a therapist. After much debate, I finally had my first session. It was in that first session I realized my anxiety, my journey with mental health started long before I was 14. If I had to say it started when I was about 7 and I had my first “freak out” over my first 80 on a spelling test. Dismissed as overly dramatic, I kept my feelings bottled inside. On occasion I would share my overly emotional thoughts with a teacher, only for them to classify me as being a sensitive student. ?? •?? •?? Therapy was refreshing; it felt so good to let out the emotions I had kept bottled in for so long. Working through my many emotions, however was no easy feat. My anxiety and paranoia was only a scratch on the surface of the underlying issues I was battling. ?? •?? •?? I was 16 when I entered the first depressive state, that I can vividly remember. The days fogged together and I loss pieces of myself. I began losing excessive amounts of weight, even my parents grew concerned. This state eventually led to my diagnosis: #bipolardisorder. ?? •?? •?? Part of me thought having that diagnosis meant I wouldn’t be depressed anymore. I thought my medication would stabilize me instantly and take away all my sadness. 13 years later and depression still gets the best of me. ?Depressive states have me walking an endless path that seem to have no light. I understand these feelings and emotions are not permanent but it’s still hard not to get loss in them. ?? •?? •?? I know now that you can be #bipolar and #depressed. I know now that going to therapy is ok and I never needed anyone’s approval to begin with. That’s why this conversation is so important. Mental health is just as important as physical health. Taking care of one’s mental health is nothing to be ashamed of and I wish 7 year old Subrina knew that. ?? ?? #bellletstalk #bellletstalkday ??#mentalhealthawareness #bipolardisorder #bipolardepression #endthestigma #crownthebrown

The catch is you are both players. The game is finding out which of your thoughts is going to win. I say this because often you are battling your own thoughts; these may be the thoughts of anxiety, the thoughts of paranoia, the thoughts of depression, or even mania. Despite which symptom brings on these intrusive thoughts, you are now left agonizing with them, sometimes debating the darkest ideations.

Bipolar disorder will shape you.

Bipolar disorder does not define you but it will mold your character. It will give you the strength and courage you never thought imaginable. Having this disorder will test you; it will make you question your endurance daily but at the end of the day, you will value each of your experiences. The truth is that from each of those experiences you will gain an invaluable amount of tenacity. And each time you feel that you have been knocked down, you will rise again and that perseverance, can not be learned – only gained. So yes, bipolar disorder will challenge you but it will also bless you with these gifts.

The truth about living with bipolar disorder is it’s different for everyone. Each individual has different symptoms and experiences, but overall there are some truths that we share. Sharing our truths can help society have a better understanding of our disorder and help create better #MentalHealthAwareness.