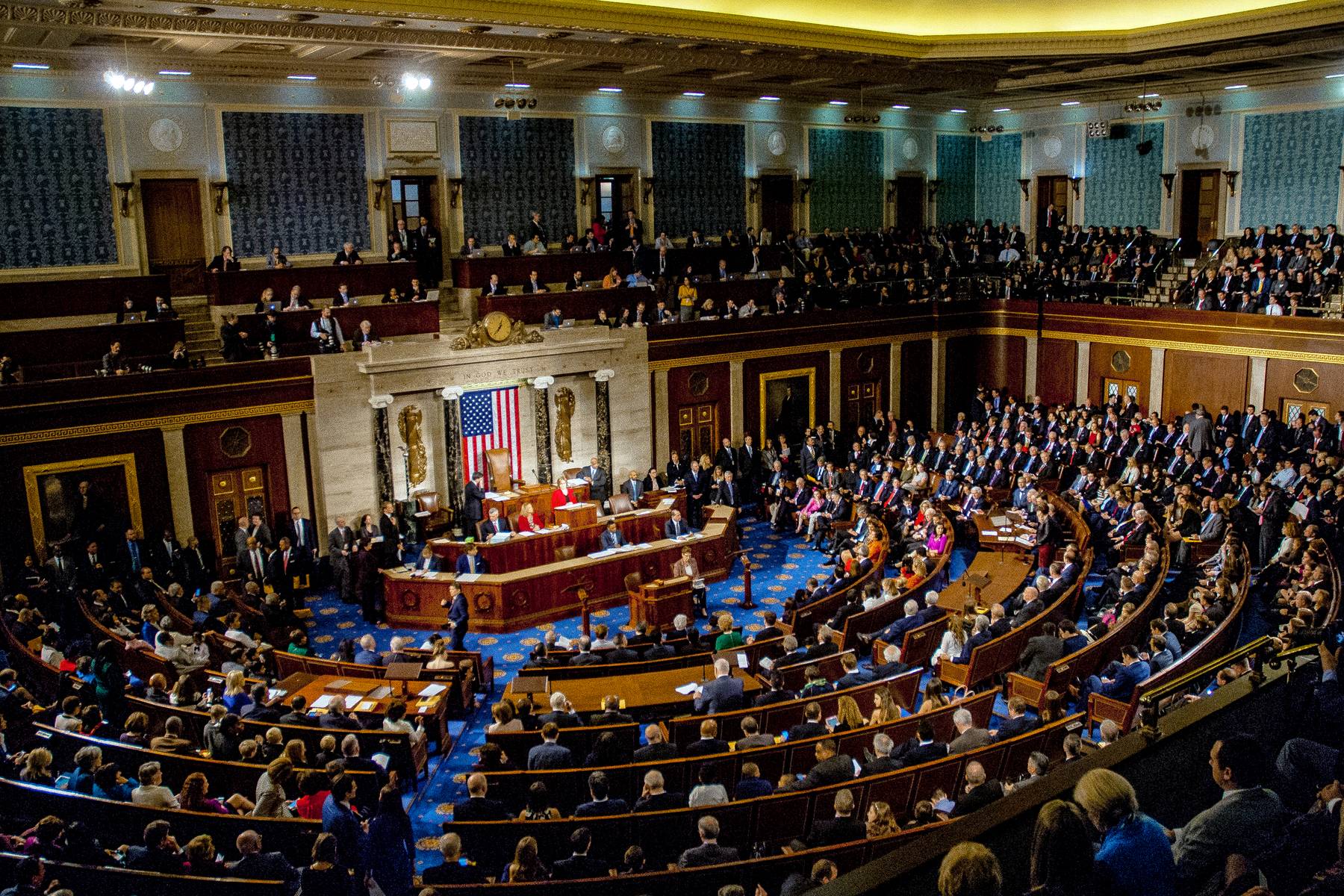 As tensions mount in the United States as a result of the recent killings of Black men, women and non-binary individuals at the hands of the police, millions of Americans are demanding sweeping reforms in the name of racial justice, including defunding the police, increased resources for minority communities and more. As protests and social media help spread awareness about systemic racism and police brutality, many people are left wondering if actual change will come about from this (now) global movement to protect and uplift Black lives. With a president known for his racist sentiments and failure to address Black people falling victim to acts of violence, many are looking to a different pillar of government to spearhead this reform: Congress.

How Is Congress Different This Time?

Out of the three pillars of the U.S. government—legislative, judicial and executive—Congress, as the legislative branch, is the only pillar for which representatives are elected directly by the American people and controls the country’s spending. The current 116th Congress — made up of the U.S. House of Representatives and the Senate — has the highest number of women and people of color elected into these positions of power. With the killings of George Floyd, Breonna Taylor and most recently Rayshard Brooks just 10 days ago, members of Congress have announced their plans to take immediate legislative action.

What Has Congress Recently Done to Combat Racial Injustice?

On Monday, June 8 the Congressional Black Caucus, House Speaker Nancy Pelosi and Senate Minority Leader Chuck Schumer introduced the “Justice in Policing Act,” a piece of legislation designed to hold the nation’s police more accountable to citizens, especially Black citizens. Some of the bill’s most significant components include making lynching a federal crime, limiting the sale of military weapons to the police and changing the “qualified immunity” status for officers. According to Congresswoman Pelosi, the “movement of national anguish is being transformed into a movement of national action” because of this bill. Although the legislation is currently sponsored by 35 members of the Senate and 166 members of the House of Representatives, all of these members are Democrats. It’s still unclear if Republicans will support this bill as they have their own plans to implement change.

Senator Tim Scott, one of three Black senators, is leading a Republican group working on its own policing plan while Republican Senator John Cornyn has co-sponsored a bill to create the Congressional Criminal Justice Commission to examine legislative options that will combat racial injustice and reform police departments across the country. Senator Cornyn said that while Congress tackles more near-term actions for systemic racism, the Commission would “look at the criminal justice system as a whole.”

In addition to these reforms, Democratic Congresswoman Barbara Lee is leading the charge on a package of legislation meant to address racial inequality. A part of her proposed legislation is to establish the first United States Commission on Truth, Racial Healing and Transformation an initiative that 40 other countries have already taken to improve social justice efforts in their nations.

Members of Congress have also used their influence to raise funds that are donated to organizations currently battling systemic racism. Representatives Ilhan Omar, Ayanna Pressley, Alexandria Ocasio-Cortez and Rashida Tlaib — the four lawmakers known as “the Squad” — have been fundraising through Act Blue to raise $50,000 for grassroots organizations in Minneapolis, the city where George Floyd was killed.

What Can We as South Asians Do to Help Congress?

One hundred years ago, a Congress that was made up of culturally, religiously and racially-diverse individuals would have seemed impossible. Today, it is a reality and in the two years since the 116th Congress was established, several plans have been made to improve the way our country is governed and how citizens are treated. In the case of the Black Lives Matter movement, many of the leading legislators who have called for action and written bills have been Black. They have been supported by some white members of Congress and many representatives of color, including South Asians.

South Asian elected officials like Representative Ami Bera, the current co-chair of the House Caucus on Indians and Indian Americans, have been very vocal in their support of action taken to quell police brutality. “We must continue to have open, honest — and sometimes uncomfortable — conversations about race and inequality in America, and the steps we must take to get to lasting change. Together, we can begin to heal the wounds of racial injustice,” the Congressman said in a statement on June 3. Similarly, Representative Ro Khanna has labeled police brutality as a “national pandemic” and said “I stand with the peaceful protesters all across America demanding reform. Congress must act. Now.” Representative Pramila Jayapal — the first Indian-American woman in the House of Representatives — has also condemned white supremacy and systems in place that put Black lives at risk.

As these South Asian members of Congress stand together against police brutality and racism in the United States, they are looking to their constituents for support. Here are some ways you can help Congress fight racial injustice:

We Must Continue to Support Black Lives Matter, Even When the Hype Dies Down