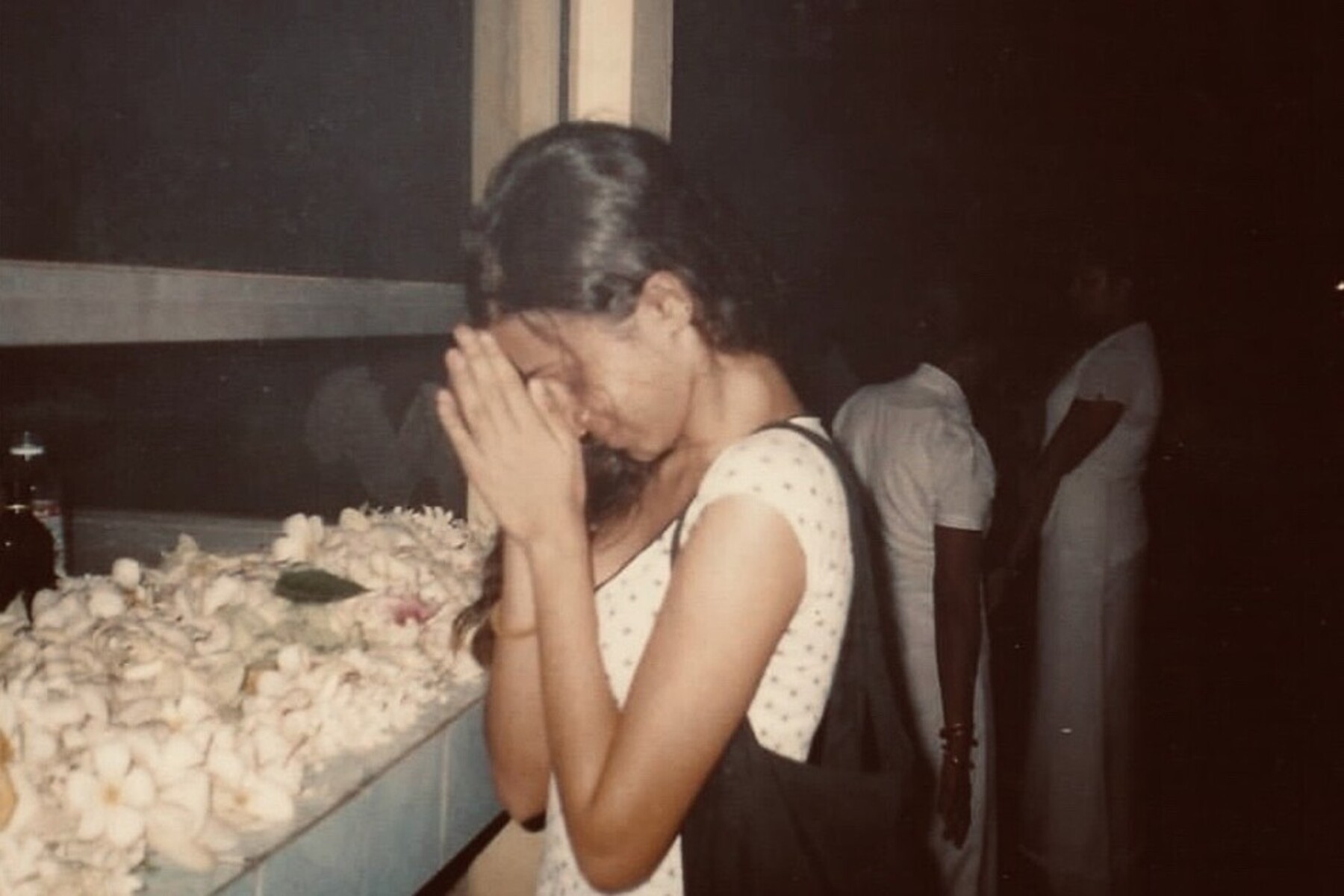 When I was a child growing up in my Sri Lankan hometown, the words “Black July” would occasionally be uttered innocuously enough, but an uneasiness invariably permeated the air whenever the topic was brought into conversation. Perhaps it was the tense expressions on the adults’ faces and the immediate change of topic. More strikingly, perhaps it was the visible dissociation in their eyes as their bodies traveled back to a time that I, as a ‘90s child, could only fathom. The adults never educated me about the history of the war to dispel my childhood ignorance.

The war was escalating, and my grandmother sent me to the US when I was 10 for my safety. I left the only home and family I had ever known, never having learned what those words truly meant.

As I faced abuse at the hands of my extended family in this new “home,” the war back home became a secondary concern. I received the weekly updates of suicide bombings from my mummy and grandma when I called them. Whenever I went back home for summer vacations, I watched heavily government-controlled news reports of child soldiers and separatist movements on my grandma’s beaten-up old TV. My experience of the war, that once terrorized my childhood dreams, had now become tertiary. And one day when I was a teenager, the pervasive conflict that had come to define my home and my childhood was suddenly over.

My Sinhalese family only relayed to us the information reported by the Sinhalese-controlled media. And my diasporic Lankan family had no incentive to conduct their own research. After all, the only narrative they, too, had ever known and accepted is the one where the Tamil Tigers were evil terrorists who sought to steal our home away from us Sinhalese by means of horrific violence. “We’ve won,” they celebrated. “Can you imagine how many people will show up for the Poson festivals and the Kandy Perahera when we go home this summer!?” my aunt exclaimed in jubilation.

Nevertheless, the end of the war was the beginning of my unwitting awakening. The news cycle surrounding the “victory” aroused in me the same unease I had once felt as a child around a tight-lipped adult. I was now a significantly more socially aware and mentally developed adolescent. My suspicion refused to disperse as easily and only grew as I traveled into more of the once-restricted LTTE-controlled territories.

Perhaps there was a new political peace, but the war itself, as well as the tsunami, were still clearly written on the faces of Tamil civilians. Local and international travelers now flocked to the beautiful beaches of once conflict-ridden areas such as Trincomalee. As my family marveled at the gorgeous Nilaveli beach my attention would, however, drift to the utter destitution of the land beyond the walls of our luxury tourist hotel.

I would wince as the Tamil hotel cleaners gave me toothy smiles of surprise at me even addressing or speaking to them as human beings. Now that I was approaching young adulthood, the survivor’s guilt I had been able to sufficiently suppress as a child threatened to explode onto the surface every waking moment. I, nevertheless, mustered every ounce of strength needed to keep it down.

[Read Related: Here’s a One Month Recap of Everything Sri Lankan President Gotabaya Rajapaksa has Done Since Taking the Reign]

However, like a rubber ball being pushed underwater, trauma—especially intergenerational trauma—will indubitably resurface and demand to be acknowledged. Soon enough, I was a 21-year-old college graduate, now fully emancipated from my family and sitting in my NYC apartment, obsessively reading articles about Navi Pillay leading a UN investigation into the war crimes and crimes against humanity committed by the Sri Lankan government. With trembling fingers, I typed “Black July” into the search engine and read as many articles about the genocide that I could consume within a weekend. The pain hummed, mildly satiated at having been acknowledged but was only getting started.

As a social work graduate student, I conducted research regarding torture trauma. I read in horror as multiple academic articles addressed the torture of Tamil civilians in Sri Lanka.

I went on a study abroad expedition to Dharamshala, India, and because my South Asian mum would never forgive me, I decided to also make a stop in Lanka before heading back to school. I hesitantly brought up the topic of “Black July” to a family friend as he drove me home from the airport. He proceeded to tell me a story about how the people of my hometown stoned a Tamil man to death during the pogrom. How his wife stood at the town’s junction, wailed and cursed at the townspeople for nearly two days.

My breath also caught in the van that day. Two years later, it still remains there.

Victoria Lambrou is a multi-racial diasporic Sri Lankan residing in the United States. She is a hopeless idealist, artist, writer, independent journalist, and aspiring storyteller/social justice leader. She finds fulfillment in telling the stories of both diasporic and native BIPOC, with a focus on the South Asian diaspora. She enjoys traveling frequently and has accepted her destiny as a lifelong global nomad. She has a MSW and a MS in Disaster Resilience from Tulane University and is currently a mental health therapist for children and adolescents in crisis.