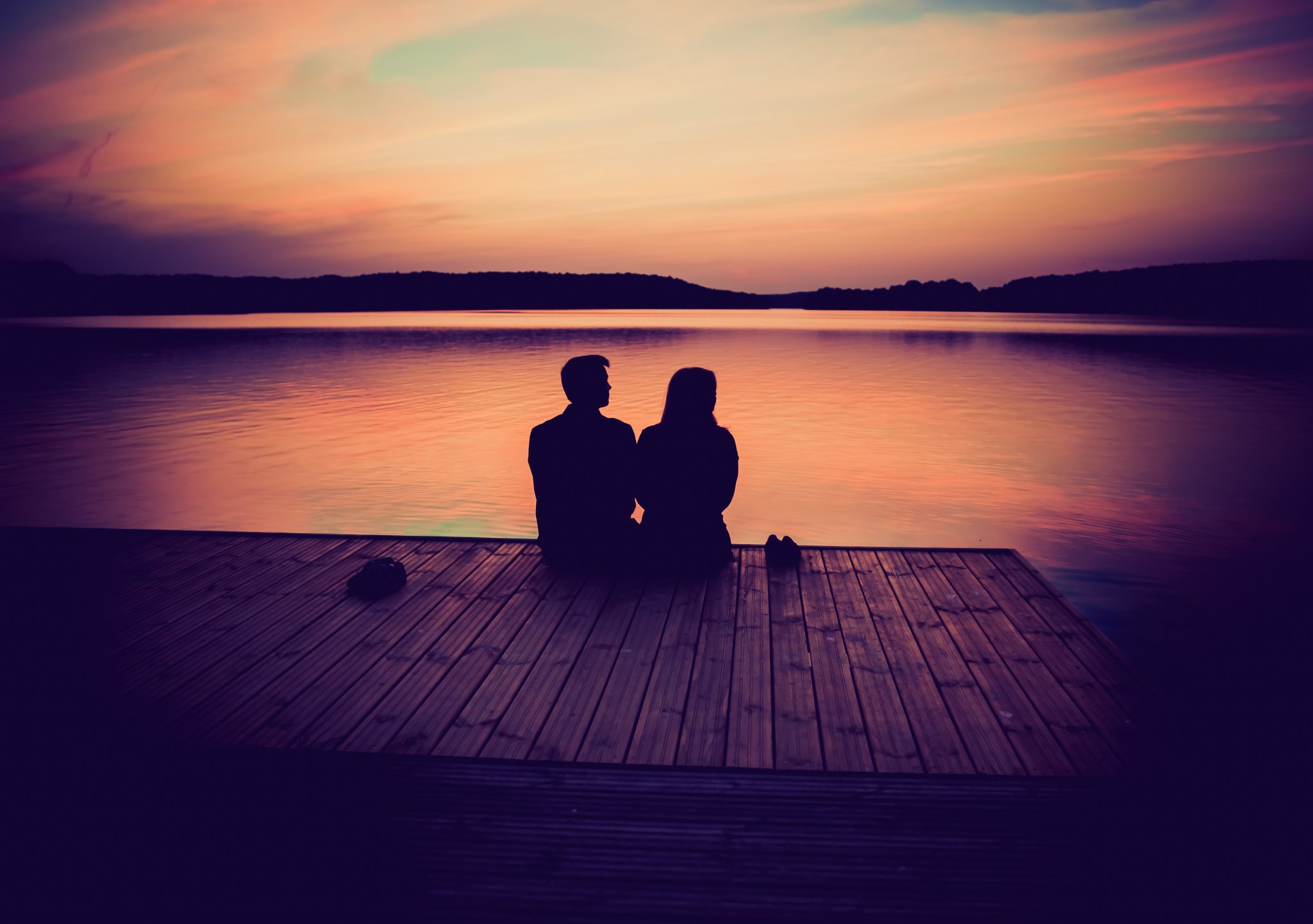 *The author of this article had to use the pseudonym Athena Grace in order to preserve her identity. She is a 22-year-old female living in New York.

As a Muslim woman born in New York with homes and connections in Dubai and Tanzania, I am a mesh of many different cultures and places that create the best identity crisis I could ask for. The diversity that I was exposed to pushed me to have a value for inclusion in ways that are embedded in expectations for my future. From when I was younger, I had the privilege of celebrating holidays like Christmas, Eid, Holi and many more.

With that said, as I was growing up and visualizing my future, I always saw an interracial relationship; that meant the meshing of the very best qualities of two beautiful cultures for my children to learn and benefit from. In my most recent relationship, my ex and his family weren’t able to see the beauty and the reality of different cultural backgrounds coming together to form a long-term partnership.

When I moved to New York for college in 2016 from Dubai, U.A.E, I felt scared in a place that was supposed to be warm and welcoming. I always thought that the United States was founded on principles of unity and valued diversity, but when Trump became President, I was exposed to a side of the country that I didn’t know existed. Donald Trump ran for office using rhetoric and justifications for his poor actions that I would never have expected from a leader. This has pushed fellow citizens to feel entitled to treat others with the same disrespect and perpetuate the dismissiveness of white privilege.

My white, Italian, ex-boyfriend proudly voted for Trump and hid it from me for about eight months and continues to do so from his friends (to me, that says something in itself, but that’s another story). After he disclosed that information when I made it clear that honesty was something I valued, we began having more politically driven conversations, which he clearly wasn’t ready for. The rhetoric he used while discussing was similar to that of Trump or anyone you might see at his campaign rallies. He asked me if I identified as American first, and when I said I was too proud of all the other parts of me to identify as any of those things first, he told me never to share that with his family. If my beautiful mesh of cultures was something I had to suppress and hide from my boyfriend to make him and his family comfortable, I knew that the relationship wouldn’t last.

He chose to be ignorant and used that ignorance to fuel his perception of today’s world, including the minorities that populate it. He found it hardest to recognize this white privilege. I understand that it takes time to recognize your own privilege. You can only come to this conclusion by talking to and listening to others.

I am blessed to know that my family doesn’t have any financial burdens. My parents’ financial security prevented me from a number of struggles, but it hasn’t stopped me from having my own. He made it clear that my struggles weren’t valid enough because I never had financial trouble. Since this wasn’t a concern for me, he believed that my life was easy, and my pain and struggles were therefore invalidated. We often went back and forth on this and he even told me he’d take my privilege over his.

This showed me he had no interest in understanding his position of privilege in this world, and in turn, didn’t want to understand my struggles as a woman of color. White people who don’t want to see that they have an advantage choose to see white privilege as a means of belittling accomplishments of an entire race; however, it means that they have never had challenges based on the color of their skin. He often used this argument to counteract my points, even though I never failed to acknowledge him for how hard he worked to get where he is. I simply said that the struggles we face are different. When we have a president in office who focuses on “Making America Great Again,” he expresses the notion that what the American people saw as the land of opportunity wasn’t good. A place where people seek refuge and better lives for themselves and their children no longer welcome them, because a country that values diversity needs to do what it can to stay safe.

I value safety, but putting others at risk, forcing them to live in a world they fear is not keeping people safe. This intention is important, but when the action paired with that intention does nothing but hurt people, something has to be reconsidered. People talk about these issues from a place of fear and a lack of understanding, but instead of owning up to that and learning, some people choose to talk about a subject they might actually know nothing about.

An Iranian friend of mine was not able to see her parents or leave the U.S in the interest in the country’s safety. Bad decisions can’t be made in the name of safety and in the same way, bad jokes can’t be justified with the intention of being comical. He told me that if my friend was from one of the “-stans” it makes sense because those Muslims are violent people. Additionally, we had a conversation about women who wear hijab. He completely dismissed the idea that some women choose to wear it in order to feel empowered. Instead of coming to a reasonable conclusion by talking to or reading about women who choose to dress like that, he concluded that all Muslim women are oppressed, especially those that choose to cover their hair. He made these comments and continued to justify them by saying he wasn’t talking about me or my family. But the dangers of these generalizations and jokes are completely misunderstood by those who aren’t targeted.

As a child of immigrant parents, I have a love and appreciation for this country that is different from many. The conversation around immigrants within the last four years has made me afraid to share mine and my family’s story. Trump attacking every non-white congress member using racist and derogatory language, enacting the Muslim ban, and referring to Mexican criminals like rapists, makes people think it’s okay for others to talk about any person of color in the same way. This doesn’t make for a very welcoming country, and when I received similar rhetoric from someone who was supposed to love me for who I am, I was hit with a reality check beyond my understanding. He had told me that because immigrants are often able to have better experiences here than in their home countries, they can’t complain about the treatment they receive here.

My father moved to New York in his teens, in the ’70s with less than $100 in his pocket. He didn’t go to college, worked his way up the corporate ladder to fulfill his dreams. He now runs his own business that operates globally and has made a home for all of us in New York, Dubai and Tanzania, and has stopped at nothing to provide us with the best. To say that he, an immigrant who has made this place his home just the same as a fifth-generation Italian-American hurts and disappoints me. The fact that Trump has made it okay for white people to think this country is more theirs than their colored counterparts makes me question the values that America has been brought up on all these years. There are third graders telling other kids to “go back to their country,” because this is the example that has been set by our leaders.

[Read Related: 5 Things I’ve Learned Being in an Interracial Relationship]

I ended my relationship with him after about nine months because he wasn’t able to commit to understanding this side of me. He couldn’t comprehend the issues with his rhetoric regarding issues so close to my identity. Saying he loved me and that what he said didn’t apply to me wasn’t enough. I needed him to understand our differences and see that my culture and my experiences as a woman of color are important and need to be understood. It felt like he only loved me because I wasn’t the Muslim or brown stereotype, and if I wanted to be more involved in my faith or culture he wouldn’t have been able to handle it.

We ended our relationship because he stood idly by while his mother treated me poorly because of my background. Part of this was because of her deeply rooted racism and bigotry even though he wasn’t ready to admit it. I could feel it around him and his family whenever I was with them. He wasn’t ready to defend me when she ignored my presence at the dinner table when she wouldn’t answer me after I asked how she was doing, and when I worked so hard to be polite and show my respect for them. He wasn’t able to commit to understanding my struggles because it was too hard for him, and as a white person in Trump’s America, he, his parents, and many others seem to be able to get away with pride in their ignorance.

This relationship hurt me in ways I couldn’t even imagine, but I now know that someone who cares about me, cares about the struggles I face as well. For me to be in a happy relationship, I need to be with someone who doesn’t gaslight me because they feel uncomfortable facing the reality of the issues they might be a part of. Thanks to Trump, I learned more about what I don’t want in a partner than I ever could have without this relationship. After I made the decision to end things with him, I saw the strength in my support system and people white or otherwise, who put in the effort to understand people from different communities. As painful as my relationship was, I learned too much to be able to regret it. I was able to see how much I truly value a mesh of different cultures, and how I will do everything I can to make sure both I and my future children have that, with or without the interracial relationship I always envisioned.