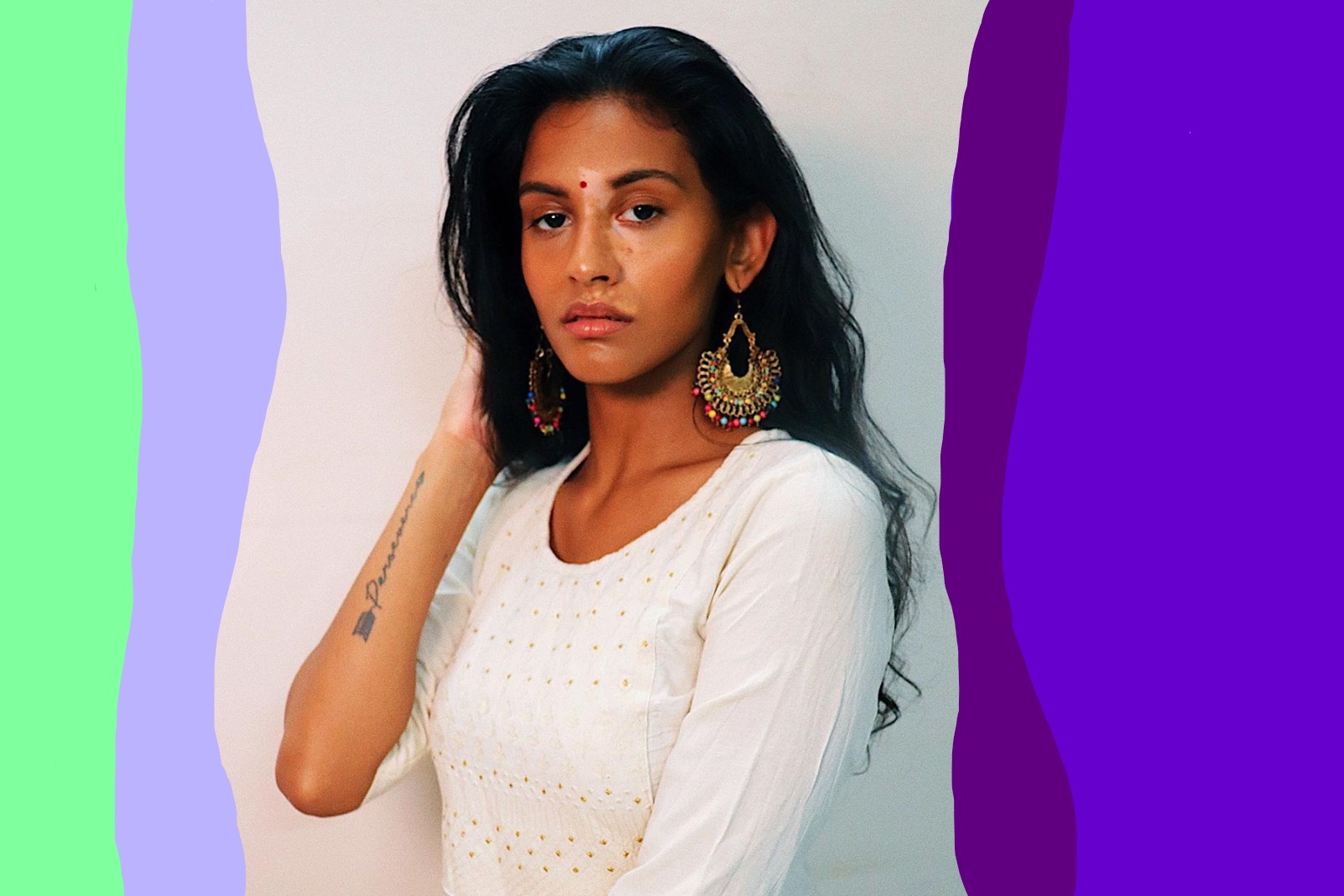 From Youtuber Chloe Ting’s workouts to simply showing her bare skin, model Prarthana Jagan uses Instagram to evoke body positivity for the mind and spirit. It’s a realization that Jagan, as a model, has learned to navigate with vitiligo. Her skin has challenged her with rejections by modeling agencies who said she wouldn’t get work. This only fueled her to prove them wrong.

Vitiligo is a skin condition characterized by light patches where there has been a loss of skin color. Historically, people with vitiligo have not been adequately represented in advertisements. However, models such as Winnie Harlow, Ash Soto, Amy Deanna and Jagan are actively using their platform to spread body acceptance.

inspo: @elpltt. – It took me a 8 long years to come to terms with my vitiligo, to spread awareness and also shred light into fellow vitiligans’ lives. I hope it doesn’t take you too long to realise that you’re worth more than your skin. – You are worthy now, not when you make that viral video, not when you lose those last couple of kgs or when you get those abs. You are worthy now, simply because you exist. – Learn to have a bit of fun, learn to love yourself more and learn to breathe, take in whatever life throws at you. You are enough. Spread love ????

India has an uprising of young and unique women who have taken to social media to represent themselves and their community. Twenty-three-year-old Jagan is an example of this. She is both a Medical Electronics student and a part-time model and content creator.

Jagan acknowledges her journey towards self-acceptance was difficult.

“I have gotten hate for being myself and looking the way I do; I get very pitiful looks on the metro. I’ve been informed about numerous superstitious ways I could ‘cure’ myself, and I’ve also been asked if touching me meant that others would get vitiligo too,” says Jagan.

Jagan believes that that society should learn to understand that unless something is a quick fix, it should not be pointed out. However, she has managed to find groups of people who enlighten her career.

“I work with Blunt Creatives, who manage all things related to modeling,” says Jagan. “They treat me like family.”

Based in New Delhi, Blunt Creatives champions distinctive beauty. It’s almost like a rejection of eurocentric beauty standards so lauded in the West. From a glance at their modeling portfolio, you see models with long noses and unique features.

Jagan began a YouTube channel in 2016 with content like behind-the-scenes footage of her Grazia shoot and how to stay positive. Her Instagram has reached nearly 9,000 followers, but despite her immense growth, she remains true to herself and her skin. Jagan always reminds her followers to be themselves through makeup-less photos.

“We can improve by treating everyone with equal respect,” said Jagan. “I envision a world where being someone with different skin, bodies, and personalities is treated in just the same way as everybody else.”

Her Instagram stories continuously call out those who are negative and urge people to be kind to one another in and outside of the comments section. On how to deal with haters, Jagan says to “Kill’em with kindness.”

Jagan’s calls have not gone unheard. Through her Instagram base, she said that she has been able to meet so many beautiful souls and is thankful for those who support her. She also points out that many are still struggling.

“Many have messaged me when they’re low on self-esteem, telling me that their families had disowned them because of vitiligo,” Jagan remarks. “Many are afraid to find love.”

Perhaps they connect with her because she never acknowledges herself as perfect or complete in self-actualization.

“I hope to represent everyone with different skin, not just vitiligo,” says Jagan. “I’m just an insecure little girl who is still on the journey of self-love and I think every girl and boy relates to that. The loss of pigments in my skin can’t make me lose my confidence.”