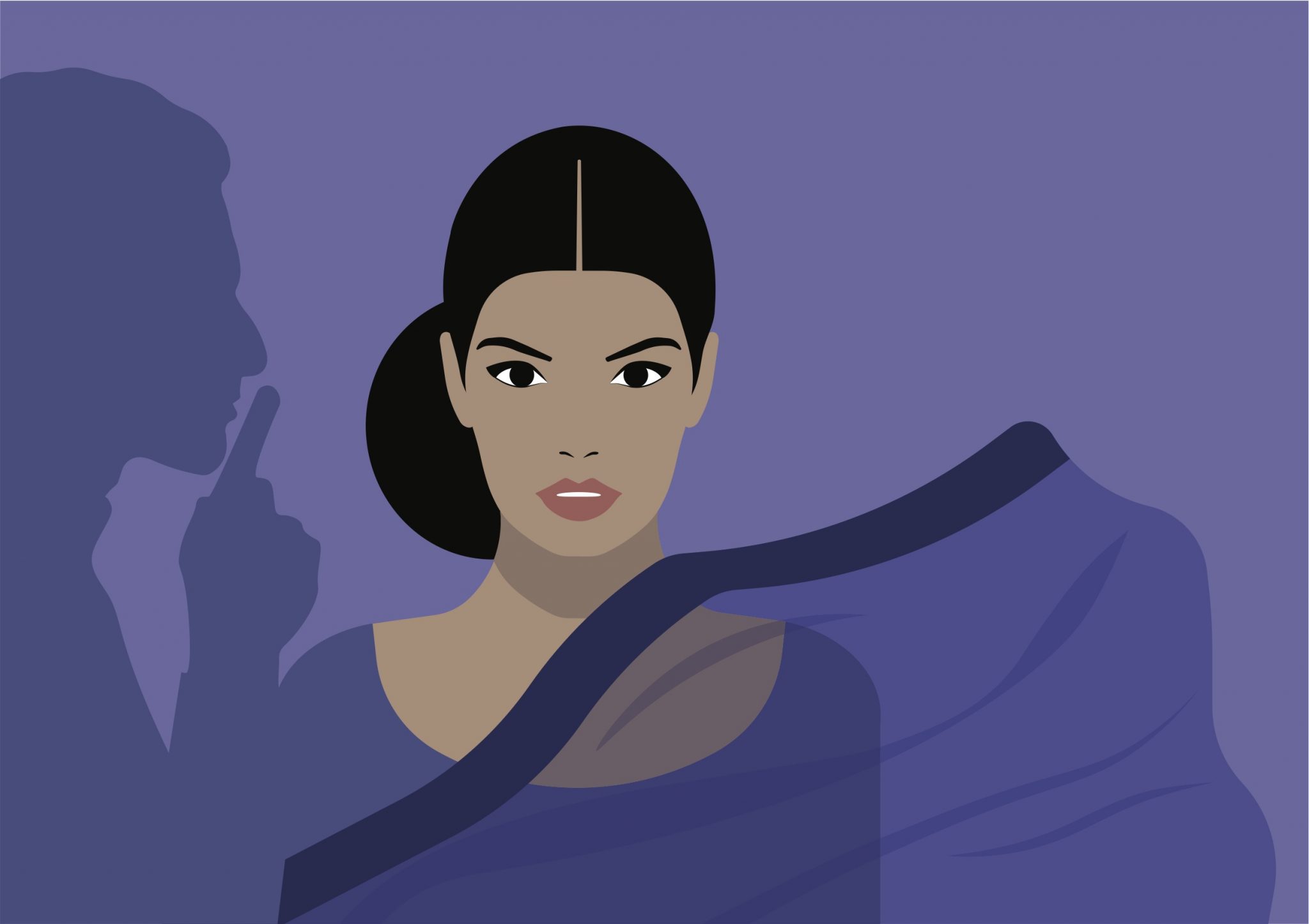 A well-known local tutor. An uncle. A dance master of a leading troupe. A boyfriend. A president of a university’s Tamil Students Association. The list goes on.

Over the last few days, a storm of sexual assault allegations made by South Asian-Canadian women, many of which are against Tamil men, emerged on social media. Newly created Instagram accounts, like @voicesofrani and @tamiltruths, have become platforms for women to anonymously share stories of sexual harassment and abuse. Whether the event(s) in question took place a year ago or when the survivor was a child, one need only read their stories to open a window into the extent of trauma these women carry with them every day.

[Read Related: Why Dismantling Patriarchy is Good for Men]

Like many brown girls, I reached a moment in my early teens where I accepted misogyny in the Tamil and South Asian community as something of an unchangeable reality. Sure, many Brown families raise their sons to be sheltered from anything that could be misconstrued as a discomfort, other than the imperceptible leap from being spoon-fed by their mother to being spoon-fed by their wife. We all know the clichés of no dating until you’re 30, no coming home after 9 p.m., and of course, the unofficial “Brown girl dress code” – minimal exposure of the legs, arms, and chest.

I was lucky to be raised in a household liberal and feminist enough that I learned most of these “cultural quirks” from films like Bend it Like Beckham and Bride and Prejudice, both of which I watched with the same measured distance and curiosity one would approach a David Attenborough documentary on Pacific Ocean life. Though I’ve certainly borne witness to “casual” misogyny in my community, being shielded from its most insidious manifestations is a privilege I have had that has not been granted to countless Brown women. This is perhaps clearer today than ever before.

Perpetrators of sexual assault are not created in a bubble, nor do they live their lives in a vacuum. They are shaped and supported by the culture in which they live: one that stifles freedom and autonomy under the guise of “traditional values,” one that perceives complicity as loyalty, one that would rather a woman be silent than being an inconvenience. I have no doubt in my mind that many of the men who read these women’s stories have helped foster abuse in their own social circles through apathetic attitudes and willful blindness. This, of course, excludes those who work to actively suppress survivors’ stories — as was done by executives in the Tamil Students Association mentioned above — in a twisted form of allegiance to their friends. Brown men may perceive this movement as a rude awakening; the far less palatable reality is that it is a symptom of the centuries-old sexist norms and beliefs rooted within South Asian-Canadian communities, a toxic culture to which they have knowingly or unknowingly contributed.

Last year, a Tamil-Canadian woman was murdered by her husband, who had a history of domestic abuse. In response, two men created an organization aimed at addressing violence against women in the community. This created a furor of concerned Tamils – their sentiments are perhaps best expressed by one of my relatives, who said: “What are they trying to say? Now everyone is going to think Tamil men beat their wives.” His attitude brings to mind memories of when my dog was being potty-trained. On the occasion that he would relieve himself outside of the training mat, my mother would point to the excrement and say in a firm voice: “Look at this. What did you do?” My dog, in response, would only stare intently at her pointed finger.

No one wants to face their failings, willful or otherwise. For this movement to create lasting change in what remains a patriarchal community, women alone cannot bear the responsibility. Brown men have an obligation to step up, look at this stinking turd, and say to themselves: “What are we going to do about it?”