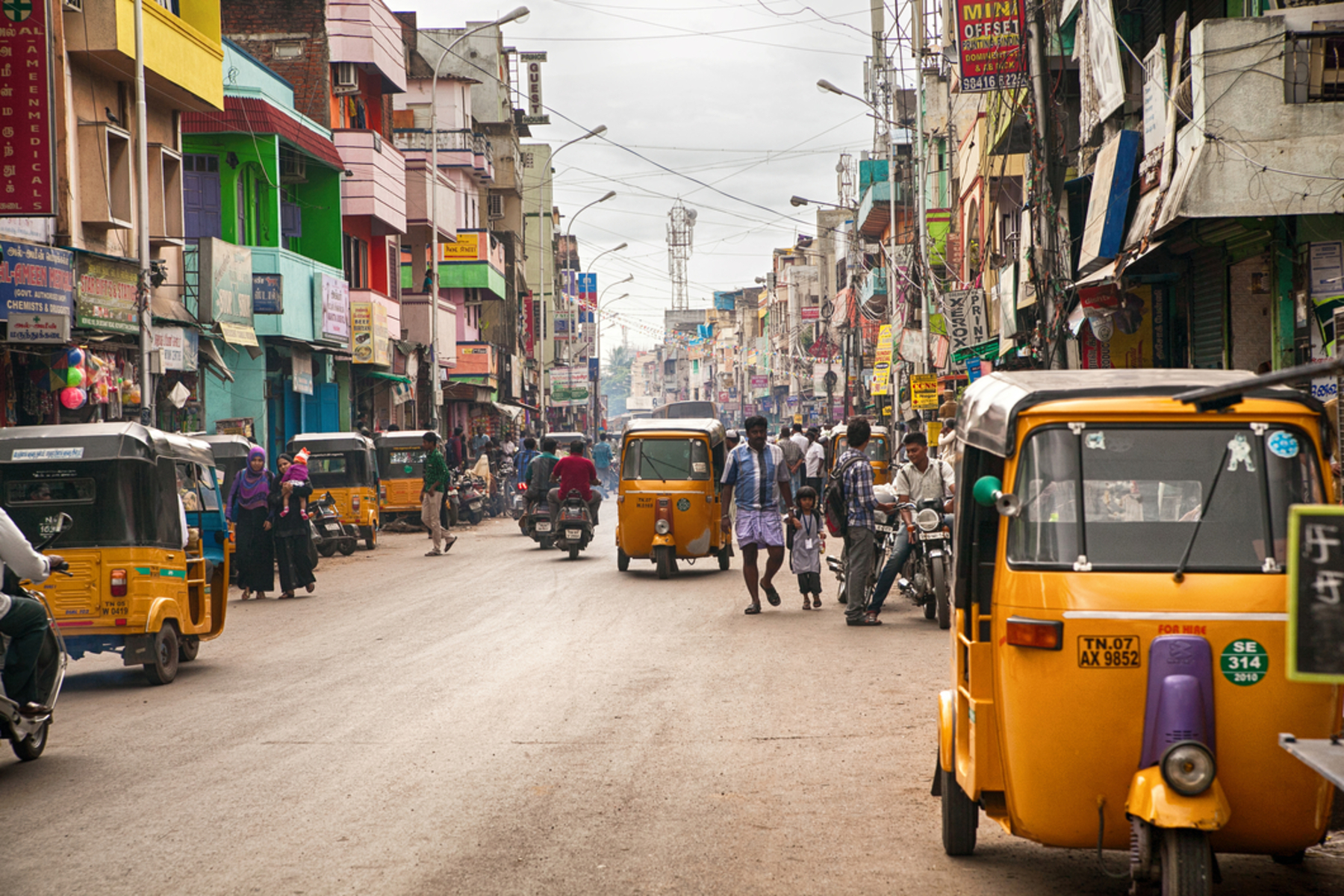 The rickety wooden gate opened slightly with the wind, like the consciousness of a half-asleep child. Daylight streamed through almond leaves and dappled the broken pieces of the gray sidewalk. There was soft dripping of the monsoon’s last raindrops—a season’s final gift to a thousand dry rooftops. Birds shrieked, squirrels bickered, vendors haggled—and he watched, with the same crinkled, laughing eyes that could see so much more than anyone else.

In the midst of one of India’s large metropolitan cities, a grocery bag in one hand and the hand of his little girl in the other, he walked. When they roamed the streets, the time had stopped still, every peddler had halted, all the rickshaws in the city had come to a standstill. Each stand by the roadside offered innumerable delights—great golden globes of mangoes stacked in wooden crates to spicy chaat served with tangy sauces to thin reeds of cilantro tied in bundles.

There was the fish market, where the gray cat watched everyone who walked by. His daughter looked into those hostile yellow eyes and jumped, frightened. But he held her hand and they strolled into the stench of busy men and fresh fish. There were the tea stalls, where puffs of steam from boiling cups of chai billowed like streams of silk. The pair watched, wondered, and bargained for the best produce.

[Read Related: How ‘The Humming-Bird Tree’ Connected me to my Ancestors]

Pieces of fruit mixed between packets of masala were placed into their plastic bags, and they slung them over their shoulders, laughing and walking together. They walked until every worry in their minds wafted away like the aromas of samosas and flatbread. And only when they returned did the clockwork of their lives begin once more.

Among hordes of people jammed into the same gulleys, who was he? He was a jester, a dog-lover, a father. He was a favorite among four daughters and a son, a dreamer, a helper. He sat by his doorstep offering people glasses of water as they dissolved underneath the unforgiving Indian sun.

He was a giver.

Perhaps it was because he knew his life was shaped by what was given to him. After seven of his brothers died from disease as newborns, it was just luck and fate that had kept him alive. The eighth son. Just like Govinda, a Hindu deity whom he had grown to love and worship in marigold filled temples. And as a blessing from one-eighth son to another, he became his namesake.

Among promises and hopes and colors, who was he? He was a thinker, a smiler, an obsessor of horror films and cricket. He was my grandfather.

A grandfather I never met.

Sixteen years passed by like a season. The city was loud, the world was larger and that rickety wooden gate still persisted. String lights were added to the monsoon-dipped rooftop and the house whirled into a tornado of preparation. Govinda ambled down the avenue with his bag of groceries, remembering when his daughter was only a little girl and not a mature woman about to be married.

Her wedding was like a sunset—beautiful, yet tinged with the sorrow of the sun slowly melting into the ocean below. With the folds of her crimson wedding dress trailing behind her, she embraced her parents and bid farewell to the home she would cherish forever in her heart.

When the car holding the tearful bride and groom sped off into the distance, he ran after it, waving goodbye.

Years later, in the Land of the Free, that same young bride lovingly held a dark-skinned daughter in her arms. Me. My grandfather and I were two worlds that simply brushed by one another without even touching. Having grown up with plenty of stories about him, I pondered what meeting him would have been like. But he ran out of time and I ran out of stories. So now, I wonder.

Perhaps we would have walked as if time had stopped for us;  every peddler had halted, and all the rickshaws in the city had come to a standstill. I would have wanted to know everything all at once, from the taste of the great golden globes of juicy mangoes stacked in wooden crates to the smell of spicy chaat served with sauces to the sound of the bells that rang from the temple nearby. My eyes would grow tired from considering what to stare at first. Amused, he would have answered my queries calmly, one by one.

I am not my mother, yet I know he would have loved me just the same.

Slowly, the olive hue of the chutney would seem brighter, the stench of the fish market would feel stronger, and the heat of the relentless sun would be much more intense. Because, for the first time, every color, emotion and sentiment would be utterly and completely real. As we slung our grocery bags over our shoulders, I would have looked at him.

He would have been real, too.

I would have asked him if he ever missed coming home. He would have smiled that same bemused smile I had seen in all of the black and white photo albums and said,

That’s the wrong question, little Amooni. It is a joy for a bird to remember creating his nest, even if he can never fly back.

And very slowly, he would have let go of my hand and strolled through the rickety wooden gate that separated us. The daylight would stream through almond leaves again, birds would shriek, and the needle of Fate would return us to the fabric of Time.

Kanchan Naik is a rising senior at the Quarry Lane School in Dublin, California. She is the 2019-2020 Teen Poet Laureate for the City of Pleasanton, as well as the Director of Media Outreach for the youth nonprofit, Break the Outbreak. Last year, she founded her school's online, student-run newspaper, The Roar, where she harnesses the student body's passion for journalism in monthly issues. This summer, Kanchan was the Global Junior Editor for Stanford’s Newsroom by the Bay publication. Her work appears in the Apprentice Writer, India West, The Rising Phoenix, Parallax Literary Magazine among many others. Last year, she was selected by the Scholastic Art & Writing Awards as a semifinalist for the National Student Poets Program (NSPP). Aside from writing, Kanchan is also the secretary of her school’s speech and debate team. In her spare time, she can be found watching vintage Bollywood movies and teaching coding.