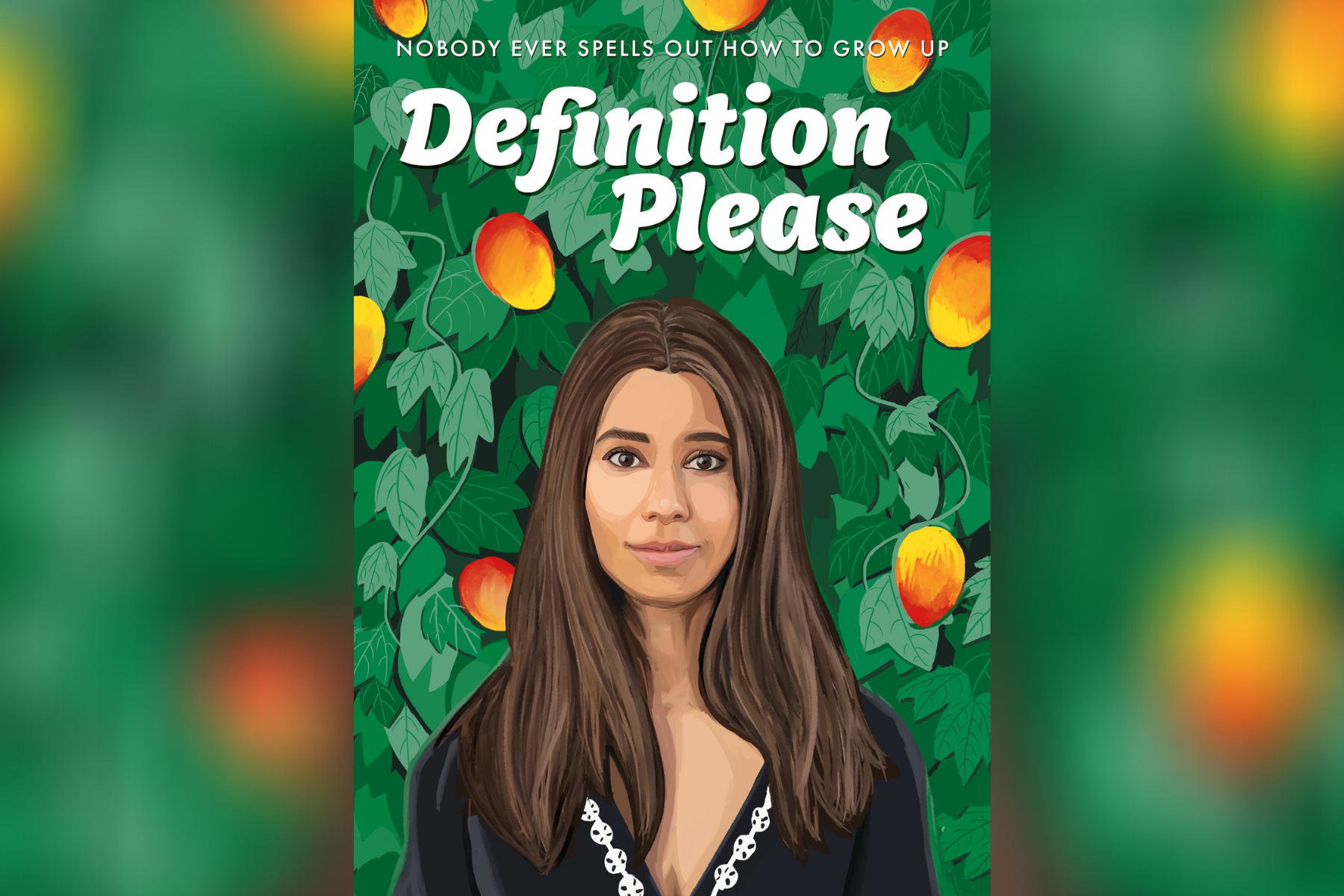 The last time I saw Sujata Day was last summer, outside of a mixer for the organization, South Asian Women In Entertainment. She was in her car, on a phone call. It seemed important. I waved to her, she gave me a warm hug and then she motioned to her phone,

“Just trying to get this movie funded, you know how it is!”

I have no idea how it is.

Fast forward to today, I now know what it is. It’s that Sujata Day directed, wrote, produced, acted, and did so much more for her directorial debut, “Definition Please.”

“It’s all about community,” Day says during our interview. If you’re a fan of Sujata, you’ll find a lot of familiar faces in her movie. She brought together her community of friends and made shit happen.

“I didn’t wanna hold casting sessions because I knew my friends were talented and capable. What was really fun for me was to text my friends and be like, ‘Hey do you wanna be in my movie?’ You know as filmmakers starting out in this industry, there’s the whole Judd Apatow gang and they continue to work together through the years. So it would be cool if there was a South Asian movie squad that does that as well.”

In “Definition Please,” Sujata Day plays Monica Chowdury, a Scripps National Spelling Bee Champion who lives at home with her mother, Jaya, played by Anna Khaja. Monica seems to be content at home, she likes to help her mom out, help tutor kids for the spelling bee, help out everyone in her life – but herself.

The film emphasizes the role South Asian women are given at birth. Your family is first, even before yourself, always.

Monica’s routine life is interrupted when her brother, Sonny, unexpectedly comes home from LA for a week. Sonny played by Ritesh Rajan (the voice of Ken in “Barbie Dream House Adventures,” “Russian Doll,” “Stitchers”) seems like the average annoying older brother until we hear whispers between Monica and Jaya about his “behavior.” We see moments of Monica and Jaya finding peace with each other, behind locked doors, hiding from Sonny. The mystery behind Sonny quickly comes to the forefront of the film.

“Definition Please” hit home for me. It’s as if she looked into my own home life and put it on screen. I’m sure many others will feel the same. Sujata Day takes us on a journey of letting go, self-love, and facing our demons – as a family. If South Asian families are good at one thing, it’s doing and deciding everything with your family solely for their reputation. This involves talking about grocery shopping to collectively ignore trauma together. Rarely do we see South Asian families show the ugly side of their life.

It sounds pretty serious, I know. But Sujata is gifted and gave “Definition Please” so many moments of laughter, triumphs, and tenderness. From Parvesh Cheena stealing the spotlight in his cameo, to seeing Jake Choi’s butt (don’t judge me), to watching the familiarity of two siblings grocery shopping in a Patel Bros, you won’t be stuck with a singular emotion, but many.

Day’s origin for this story came from a UCB sketch she did years ago.

“You know, if you look up Scripps Spelling Bee winners they’re always crazy successful. I thought the funny button would be, what if the winner didn’t amount to anything? And when I went back to the idea, I decided to flesh it out as a feature. And to answer the questions of, what would be the reason she wouldn’t achieve success? And it would be her family, her relationships, being tied to her hometown. So that’s what my movie explores.”

The first day of shooting just happened to be this day.

“I grew up in a pretty big Indian community and as we were growing up, we realized amongst ourselves that there were people we knew that had mental illness. And the adults would be like, ‘Oh why did Raj run away? He has everything he needs. We feed him! He gets straight A’s.’ And we’re like, dude, he’s depressed. And the parents would just not talk about it.”

“It’s all the important things to them. Good grades.”

With “Definition Please,” Sujata ripped off the band-aid and exposed a family who goes through shit, like everyone else. They just happen to be Indian-American. She showed a South Asian American woman who does whatever she wants. She has sex in a car with Jake Choi. She drinks with her best friend. She has full control over her body and her choices. It’ll be a new sight to see for most people, but it’s just another day for women like me.

To say Monica is an authentic representation of our life as South Asian women is an understatement. Far too many times we see women in our community turn down dream jobs, stay at home to help their parents, and hesitate to dream too big – because if we do, the feeling of being selfish or betraying our parent’s wishes is too much to bear.

We meet Monica at a crossroads. She has her dream job waiting for her but she also knows her mother is sick and her brother needs help. To think of what she wants would be a sin.

But Monica is still her own person. She is not the victim. She is unapologetic, layered, sexually liberated, and lives a normal American life. Sujata is showing everyone that South Asian women are just as messy, loving, and confused as every other woman in her late 20s. Again, this just isn’t seen in Western media.

For those who don’t want a major plot of “Definition Please” to be revealed, turn back now. Spoilers abound. Don’t say we didn’t warn you.

As their family’s manner of living is disrupted by Sonny’s breakdowns and extreme mood swings, they are finally faced with the truth: the mystery behind Sonny was his untreated bipolar disorder. Suddenly, everything makes sense.

I asked Ritesh how he prepared for this role, completely different from his body of work:

“I did a lot of homework from the medical aspect, beyond script and character analysis. For me I really wanted to be authentic and portray a South Asian character going through mental illness. You know, mental health in our community… It’s pretty neglected. I was able to talk to a lot of psychiatrists and doctors. I read books, did research, all of that. Borderline personality disorder is what the character is experiencing and I was figuring out how that played into the South Asian experience. It’s not like, ‘Oh. My son is sick, lets get him the help he needs.’ It’s ‘Oh my son is sick. Now let’s ignore it, let’s run in the opposite direction of what he needs. Or pacify or exacerbate or coddle him.’ Now with all of that, I had to sort out how it plays culturally and socially. His friends and with his relationship with his family. So it was taking what was on the page, taking my own experiences, and finding a balance between the two of them.”

Monica says to Sonny after an intense doctor’s visit,

“I love you so fucking much. And then this thing, this invisible disease just took over and I felt like the old you died. And some stranger took your place.”

This is something I’ve said verbatim to a loved one. It gives the movie the peace we all waited to receive.

In short, “Definition, Please” is a look into the lives of a South Asian American family that doesn’t fit into the model minority myth. Sujata Day has given us an intimate look behind closed doors and dealing with the shit head-on. This movie was a look into my home life, and I am thankful to finally see that onscreen.