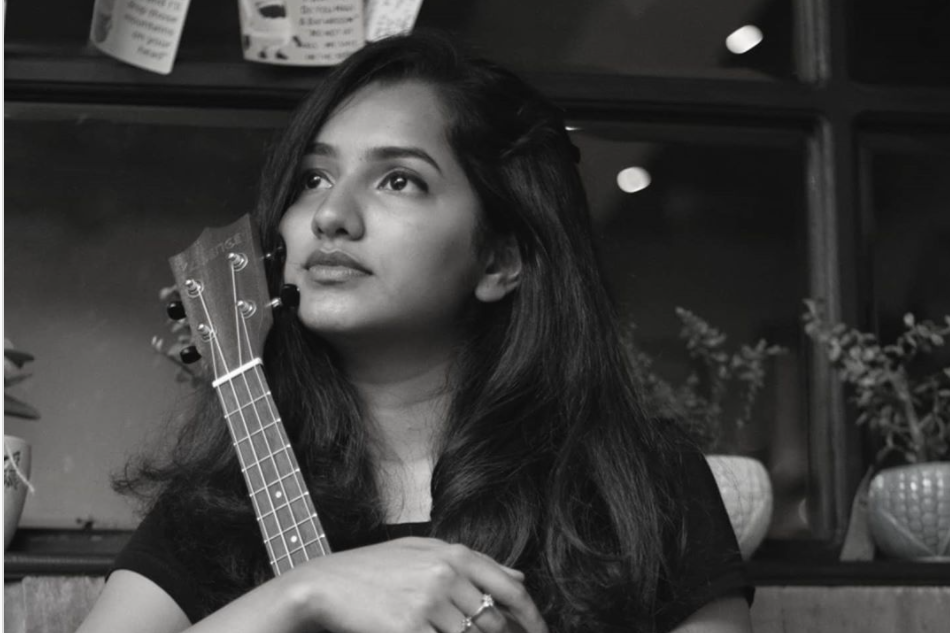 Two years ago, 20-year-old singer-songwriter Frizzell D’Souza created a YouTube channel. She has since been known as the ‘Cover Girl’ when she uploaded a cover of Prateek Kuhad’s ‘Cold Mess’ in January 2020. The following October, Kuhad shared her video, which skyrocketed viewership. She says it gave her the confidence and validation to take music more seriously.

But the pandemic has allowed her to break out of the ‘Cover Girl’ mold. Her single ‘New’ is a result of the pandemic’s positive impact on musicians and other artists. She says it allows artists to take a step back and use the time to create for themselves.

I liked Kasoor better when almost no one knew about it. The older acoustic version holds a special place in my heart. I hope this cover connected with you the same way the song does with me. Full video on YouTube – link in bio Much love. Exciting things coming up soon! ?? _______ #kasoor #prateekkuhad @prateekkuhad #igdaily #igers #quarantine #musically #quarantinejam #topvocalist #chorus #ixemusic #mangalore #monochrome #guitars #guitarcover #acoustic #acousticguitar #vocalist #singing #acapella #art #musician #singer @topvocalist @chorus

D’Souza’s relationship with music began as a child when she listened to her dad’s favorite tunes. “My dad is a fan of ’80s rock and roll and jazz so a lot of my covers, even today, are of songs by the Beatles, Michael Jackson, Norah Jones and Frank Sinatra,” she said.

Her videos are characterized by their simplicity — a girl singing with a guitar. She began learning the violin in the third grade but found more interest in the guitar. “My mum struck a deal with me and said I could only learn the guitar if I continued the violin,” D’Souza said.

During the pandemic, D’Souza began to write her music and play on Instagram Live — a phenomenon that has given many artists platforms during this tumultuous time. After performing for Raghav Meattle and Ehsaan Noorani, she decided to have her music produced.

NEW is streaming on all your favourite platforms now! —— Here's something you probably didn't know: New was written and composed very incidentally following a conversation with a friend who asked if I was writing something new. The words "something new" sparked a narrative and lyrics started flowing around the idea. I played this for @raghavmeattle and @ehsaan sir on their lives and they encouraged me to release the song. And it all began there. With quarantine restricting us to our homes, every bit of the production from start to end had to be done remotely within the walls of our respective homes in different cities. It was definitely challenging as someone new to the game but thanks to the @theconemunity and @e_fam__, I found unconditional support anywhere I looked. Four months later, I couldn't be more proud of what we've done and my heart is still overwhelmed by the response the song has received. I genuinely hope you enjoy this song in its entirety. Love, Frizz. ?? _____ Production: @areography Mastering: @devisored /@deftablack Guitars: @varun.rao.hk Bass guitar: @chethanravindran Artwork: @smaran_alva Vocals, acoustic guitar: yours truly Distribution partner: @cdbabymusic _____ Hope y'all like it ?? #New #quarantine #gostreamit @the_urban_weaver #blues #country #ixemusic #music #originals #love #igdaily #igers #guitar #art

‘New’ turns heads because of its soulful and bluesy vibe. D’Souza says it was a ‘qurantinian’ production — a term artists are using to define music produced during the pandemic. “It was written and composed in Mangalore, produced by Akshay Baliga in Bantwal, Guitars, and Bass by Varun Rao and Chethan Ravindran in Bangalore and mastered by Devadattan Nair in Kerala. Plus, the whole project was managed by The Urban Weaver!” she said.

Due to the lockdown, the song took over four months to create from start to finish.

“’New’ was entirely incidental. Just as I was ready to release the first song I had written, my music manager, Arvind Shenoy, asked me if I was writing something new. I wondered if I could build a narrative around those two words “something new,” says D’Souza.

“The theme is around two people looking for new and exciting things in their lives. The song calls attention to the fragility of new love. That lasting bonds require an investment of time and effort,” says D’Souza, something that all relationships are experiencing during the pandemic.

‘New’ has crossed 10,000 streams within a week of its release, a feat for an Indie musician. When asked what’s next, “I’m looking forward to balancing both my studies in architecture and music. In the meantime I have some more music that is releasing soon!” says D’Souza.

A refreshingly new, homegrown, Indie song, ‘New’ is available for streaming on Spotify, Apple Music, and YouTube. Follow her Instagram for daily IG Live sessions where she takes on Indie musicians, completing the circle to where she once began.