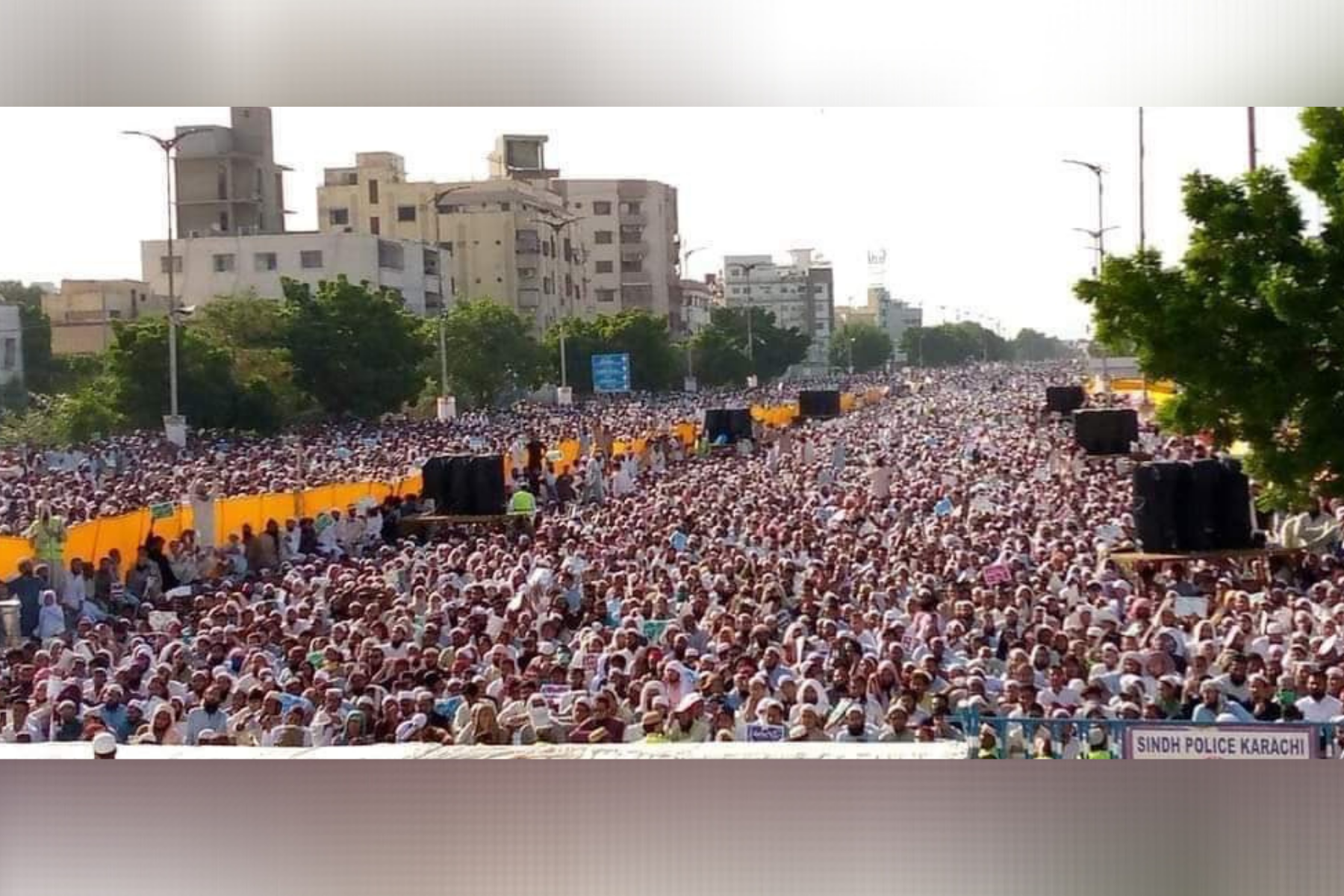 Although Shia Muslims make up 20 percent of the population in Pakistan, they have been victims of extreme sectarian violence in the past few decades. Between 2001 and 2018, more than 7,000 Shia Muslims have been killed due to their faith. Tensions have risen exponentially in the country since the past month. Since August, multiple religious processions were attacked, dozens of Shia clerics were detained, and rallies declaring Shias infidels were carried out in the major cities. There are also reports of numerous men and women being targeted due to their faith and killed in broad daylight.

Pakistan is a Muslim-majority country that adopted the name “The Islamic Republic of Pakistan” in 1956, nine years after the conception of the country. Out of its 210 million population, 96 percent of the population is Muslim. Among Muslims, there are two different sects that the people are divided into — Sunni and Shia. While both groups believe in one God and the finality of Prophet Muhammad, they differ on who was the true successor of the Prophet. According to Sunnis, the true successors were democratically elected, while according to the Shia jurisprudence, their appointment was through divine intervention.

[Read Related: Faith and Solidarity: The Importance of Uniting Against Islamophobia]

This year, the sectarian wave of tensions began on the day of Ashura. Shia Muslims commemorate Ashura as the day when Imam Hussain, grandson of the Prophet, was brutally killed in Karbala in 680 A.D. When the special prayer for the day of Ashura was telecasted live, which condemns the killers of the grandson of Prophet Muhammad, blasphemy charges were filed against the reciter of the prayer, who was subsequently arrested. According to hardline Sunnis, the people who are mentioned in the prayer as killers were Sahaba (companions) of the Prophet.

Multiple rallies were arranged with tens of thousands of people in attendance in Karachi and Islamabad, the two major cities of the country. In these rallies, there were several pockets of people who carried flags of Sipah Sahaba Pakistan (SSP), a banned extremist outfit responsible for anti-Shia violence in the country. These pockets also reportedly threw stones and desecrated an Imambargah in Lines area — Shia Muslims’s place of worship — while chanting “Kafir Kafir Shia Kafir” (translating to Shia Muslims are infidels).

This is extremely worrying, and this is a strong indication that there will be further sectarian violence in the country. pic.twitter.com/3p44xE5Qsf

The leaders of the hardline Islamist parties took stage at the rallies and announced that insulting the companions and wishing God’s wrath upon them is a grave sin and will not be tolerated. They also threatened Shia Muslims openly, claiming that Sunni people can “get their heads cut off, but can also behead other people.”

Since then, over 40 FIRs for blasphemy have been registered against Shia Muslims in the country. The Blasphemy law is a very conservative one in Pakistan and can lead to a death sentence. In numerous incidents, the accused have been killed by lynch mobs even before they could be prosecuted by law. Yet, it is one of the many charges that is used freely against the minorities in the country. The country’s independent Human Rights Commission also took note of this rise in blasphemy cases against Shia Muslims and urged the government to uphold the “citizen’s right to freedom” and demanded that the police refrain from filing these FIRs without investigation due to the law’s sensitive nature.

Apart from targeting Shia Muslims legally, extrajudicial killings and blocking religious processions have also become a new norm. While the state crackdown of these terrorists lulled the violence after 2015, the sectarian tensions have once again increased this month. The incidents are not reported in the mainstream news, however, social media has been abuzz about such incidents. A license holder of a religious procession was killed on his way to the morning prayers on Sept. 13. Days later on Sept. 17, a bank manager in the capital city of the country was gunned down in broad daylight because he identified as a Shia Muslim. In Kohat, a Shia majority city, at least 3 men have been killed due to their faith this month.

Sectarian violence has been one of the major issues in the country since the 1970s. However, Khalid Ahmed, a scholar on sectarian violence in Pakistan, claims that the country is not a “truly sectarian country” instead it is a “relocated battlefield for Sunni Shia conflict of the Middle East.” It is a common consensus among different scholars that like Syria and Yemen, Pakistan is a victim of the proxy war between Iran and Saudi Arabia, resulting in rising in anti-Shia violence.