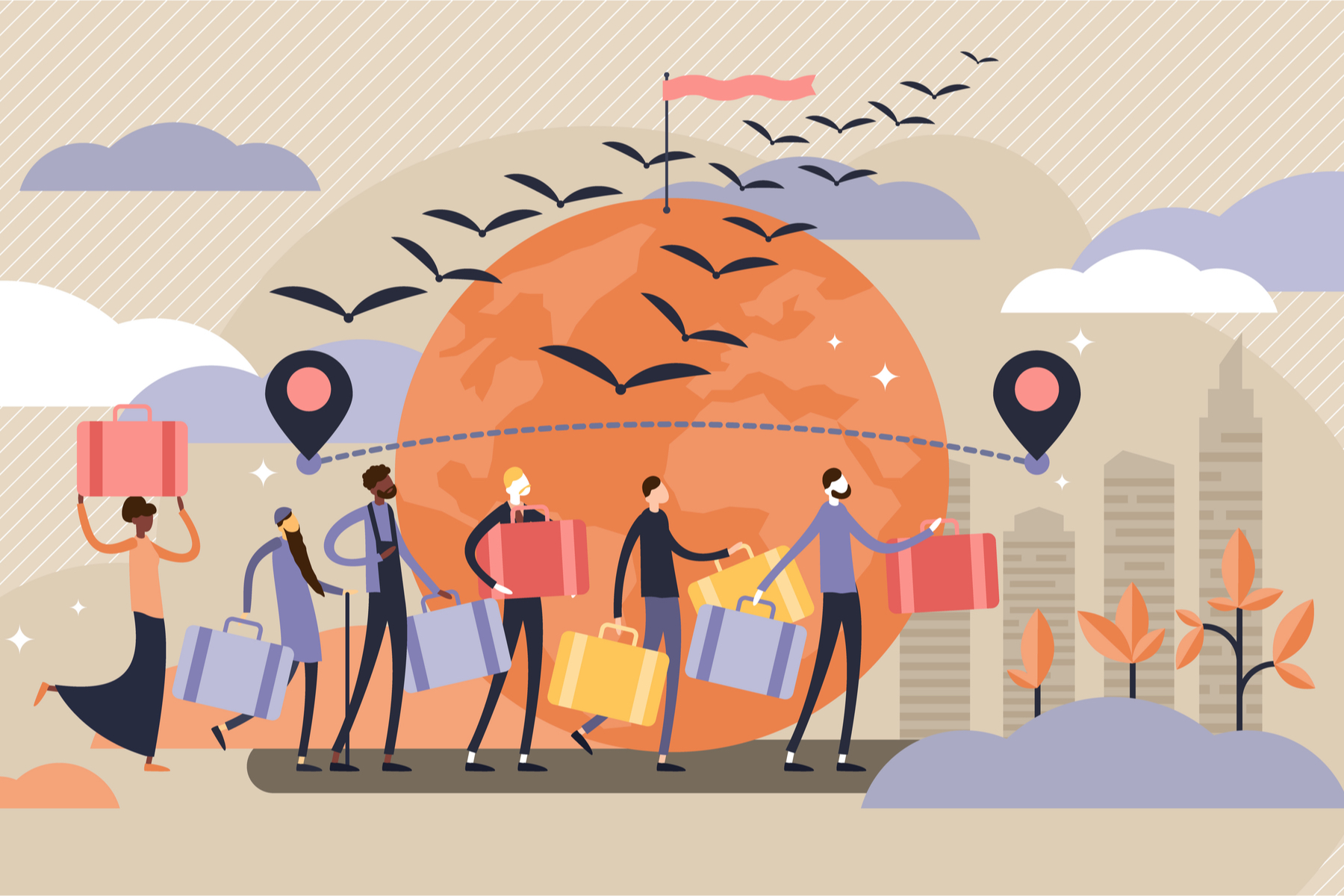 The Immigration and Nationality Act of 1965 emerged at the height of the Civil Rights Movement and owes its existence to Black and African American activists. Signed into law in 1965, it was not effective until June 30, 1968. The Hart-Cellar Act abolished the national-origins quota system and replaced it with a preference system based on immigrants’ familial relationships with U.S. citizens or legal permanent residents. It allocated no more than 170,000 visas to immigrants from the Eastern Hemisphere and restricted the number of visas per country-of-origin to 20,000. It placed quotas on immigrants from the Western Hemisphere for the first time, capping the total number of visas from Canada, Central and South America at 120,000. It also for the first time viewed Asian immigrants equally in a legal context, as quotas were the same for Asian countries as for European countries.

The Hart-Cellar Act’s restriction on immigration from the Western Hemisphere is important to understanding the constructed nature of borders today. When the law was enacted, Mexico was suddenly expected to adhere to the 20,000 visas per country rule, and free migration to the U.S. from Latin America was no longer possible. This change in immigration law jeopardized the foundations that the historically transnational community of Mexican migrant workers had built in the U.S. during the Bracero Program. To preserve these connections, migrant workers continued to cross the border. Thus, the impact of the Hart-Cellar Act partially explains the rise of undocumented immigration in the late 1960s onwards when borders became more concrete.

The Immigration and Nationality Act of 1965 was fundamental to increasing people of color’s visibility in the United States. But to this day, racist rhetoric shapes the American immigration system. Immigrants with college degrees are favored over those without them, as immigrants are seen as commodities to the American economy. Undocumented immigration continues because of how difficult it is for those from the heavily populated Global South to acquire visas to come to the United States. Immigrants from wealthier backgrounds find it easier to come to the U.S. than refugees or those with no higher education. Within the South Asian community, caste and class come into play. These variables call into question the success of the Immigration and Nationality Act of 1965. As immigrant rights are jeopardized, the South Asian community must stand in solidarity with other immigrant communities to demand immigration reform and an end to all discriminatory practices in the American legal system.