Feminism In the News PoliticsOctober 13, 2020 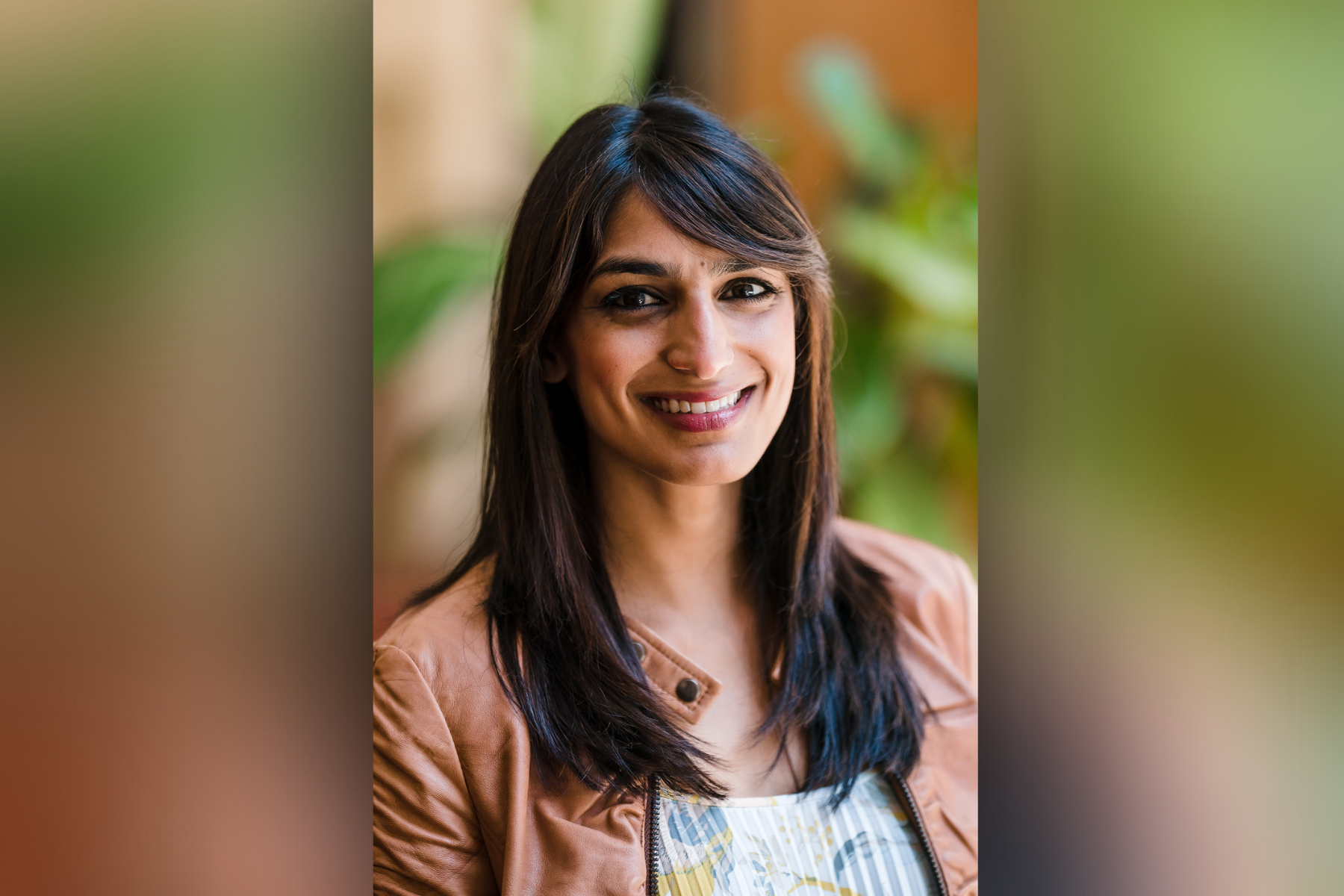 With the election quickly approaching, Sabrina Singh, Sen. Kamala Harris’ press secretary, is always on the move. She is constantly coordinating events with Sen. Harris and her team across the country, starting with a virtual event in Michigan, followed by one in Wisconsin and then another in California — all from the comfort of her home office. I was lucky enough to get some time in between her “travels” to speak with her. I was very excited to make the connection —  it’s not every day that I am able to speak with the first person of the Indian origin to be appointed as press secretary to a vice presidential nominee of a major political party in the U.S.

As someone born and raised in Los Angeles, Singh has a family history that is deeply entrenched in American politics. As a first-generation college student who came to the U.S. as an international student, I have had an on- and off-again relationship with the American immigration system. It was a surreal experience being able to speak with someone who has a strong Indian-American voice at the political table. What I expected to be a quick 30-minute phone call about her current role turned into an hour-long conversation covering so much more.

“I was extremely humbled, honored, nervous, and anxiety-ridden when I found out about [the appointment]. It is such an honor to work for Kamala Harris and to have a woman of color on the ticket, especially today when the base of the Democratic party is so diverse.”

Hearing Singh voice her feelings so honestly made me feel like I was catching up with a friend — albeit a highly accomplished and busy one at that. According to Singh, her responsibilities as a press secretary include communicating on behalf of Sen. Harris as well as the larger Biden campaign to ensure the campaign’s message and goals align and are effectively disseminated. Singh is the overachieving friend who never stops.

“It’s extremely fast-paced, which is great. I get really restless when I’m bored or when I don’t have enough to do. The great thing about this role is that there is always something to do. It definitely keeps you on your toes.”

A year like 2020 has certainly kept us all on our toes. Alongside the transition to working from home, the pandemic has brought issues such as disparities in healthcare, education and immigration to the forefront. In fact, my own legal standing was put into jeopardy a few months ago when Immigration and Customs Enforcement (ICE) announced that international students residing in the U.S. would be subject to deportation should they only take online classes. It was a warning signal that reiterated what I knew already —  the current administration does not care for someone like me. But knowing that there are people like Singh working towards inclusion does provide me some hope.

“The American Pacific Islander community is one of the fastest-growing communities and will be one of the largest growing [voting] blocks in the future. If we don’t have representation of that in all levels of our government, of our private sector world, non-profit world, all of that, then we are doing a disservice to the people we represent. I feel good to be in those rooms and to be someone who can advocate for more diverse representation. I think I bring a unique perspective to the table but I want more perspectives like that. We have a presence and a voice.”

Singh’s presence in politics began to take shape after she graduated from the University of Southern California with a degree in International Relations. As an intern at the Democratic Congressional Campaign Committee (DCCC), she was first exposed to political campaigns and how they operate. She soon fell in love with the work, she said.

“It was always drilled in me from my family to find ways to give back to your community. It can be anything from volunteering to what I’m doing now. I feel like I’m giving back to my community and I’m hoping to help elect people that will set our country on a better path. That was always important to me. I want to be a part of something that makes the world a better place, and I found a way to do it through democratic politics.”

For someone who is only 33 years old, Singh has already made great strides in her career. She was previously the National Press Secretary for New Jersey Senator Cory Booker’s presidential campaign as well as the national spokesperson for New York Mayor Mike Bloomberg. It doesn’t end there; in 2016, she was the regional communications director for Hillary Clinton’s presidential campaign.

“For me, it was always just about where I aligned on values with each candidate. Whether it’s Cory, Mike, Joe Biden or Kamala Harris, these are people who are fighting for everyday people and people who are hurting the most, the people that need the most help. That was something that drew me to each candidate, as each person I worked for had their own way of giving back to their community.”

Despite her busy schedule, Singh took the time to speak with me, a fellow South Asian woman, who is trying to figure out her role in American politics. I shared with her how my experiences in America are shaped by my being on a visa. As a result, my immigration status affects the opportunities I am able to partake in and to what capacity I can pursue my passions. My presence in America and my voice have been more or less decided for me.

[Read Related: Op-Ed: Being Brown in the South: Why Kamala Harris’ Acceptance as VP Candidate is Important to Me]

This is why it was eye-opening for me to learn more about Singh’s family history, one that is deeply rooted in American politics. Singh’s grandfather, J.J. Singh, was a freedom fighter in India. He immigrated to the U.S. in 1946 before the partition from present-day Pakistan. As president of the India League of America, a nonprofit organization working towards the interests of the Indian-American community in the U.S., her grandfather helped lobby Congress to pass the Luce-Celler Act into law on July 2, 1946. The Luce-Celler Act allowed a quota of 100 Indians to immigrate to the US every year. It also permitted Indian nationals at that time residing in the U.S. to become naturalized American citizens.

Even though she never had the opportunity to meet him, Singh grew up learning about the influence her grandfather had in the campaign against racially discriminatory policies. J.J. Singh helped pave the way for inclusionary measures. He championed the right to immigration — he championed for someone like me.

“There is a picture of my grandfather standing with President Truman signing the act. He is someone who I think is very inspiring because the same hall in Congress he walked, I have worked in and walked through. It means a lot to follow in his footsteps.”

Fascinated by how Singh is able to hold such strong convictions as one of the few Indian-Americans in politics, I asked her how she is able to keep her voice loud in rooms filled with so much noise.

“Keep doing what you’re doing. Keep fucking speaking up and being the first and breaking barriers. If you’re not going to do it, someone else is going to do it. Don’t let others speak for you. You have got to speak for yourself.”

While this may seem easier said than done, I’m nervous and yet excited. With Singh opening the door even slightly wider, just like her grandfather did all those years ago, I feel ready to follow suit.