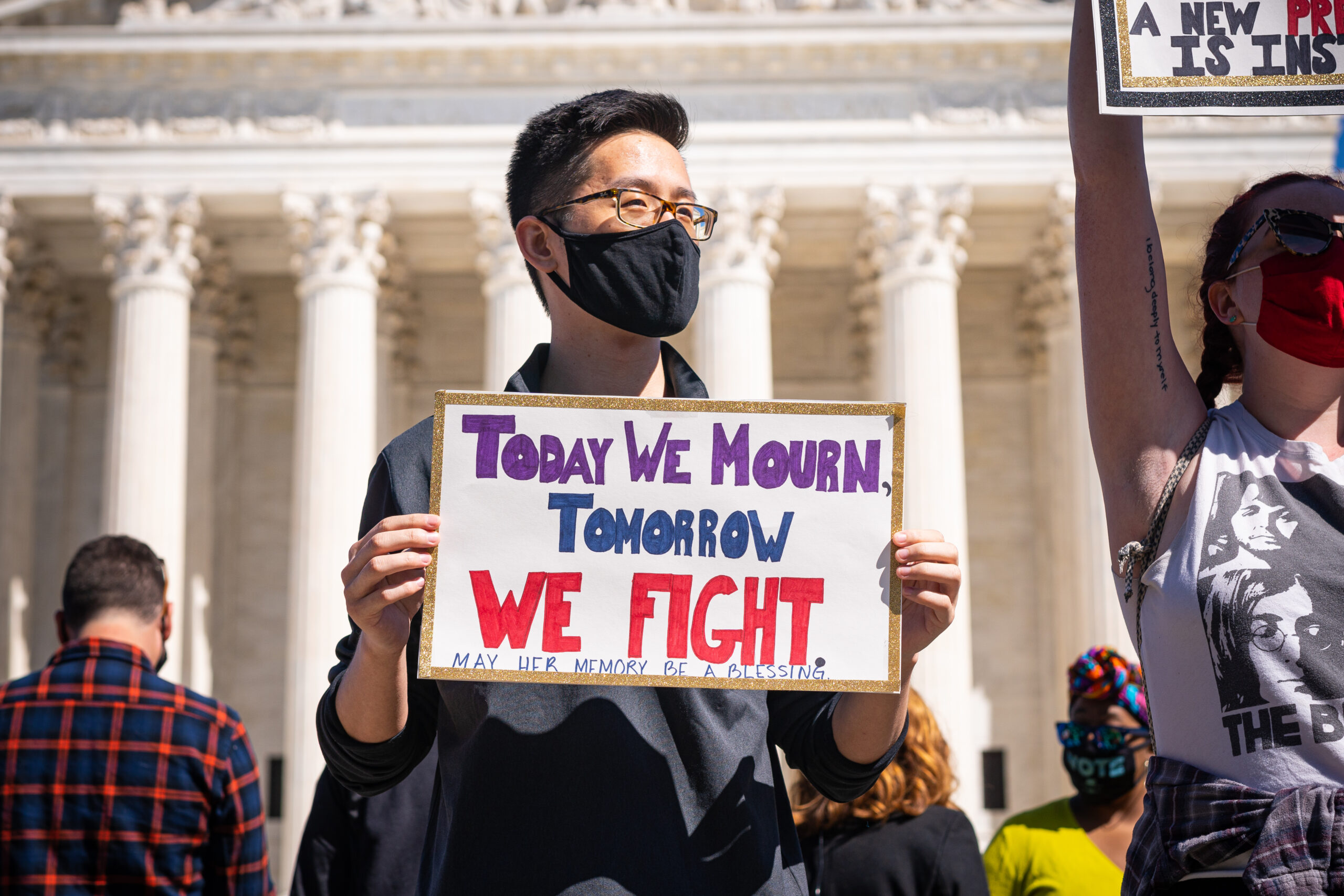 The successful confirmation of Amy Coney Barrett to the Supreme Court of the United States (SCOTUS) last week has been difficult to swallow given the history of her seat on the Seventh Circuit Court of Appeals. Barrett had served the last three years as a Circuit Judge in a seat that was originally intended for attorney Myra Selby by President Barack Obama. Selby, a Black woman, was nominated to the Appeals Court by President Obama in January 2016 — a nomination that was blocked by a Republican majority Senate, and later filled by President Trump. To date, the Trump Administration has successfully appointed 220 Article III judges to federal courts across the United States, including three conservative associate justices to the Supreme Court — Justice Neil Gorsuch in 2017, Justice Brett Kavanaugh in 2018, and now Amy Coney Barrett.

During her Senate confirmation hearings, Justice Ruth Bader Ginsburg (“RBG”) stated that Roe v. Wade “is something central to a woman’s life, to her dignity. It’s a decision that she must make for herself.” During her confirmation hearings, Justice Barrett stated that she thinks Roe doesn’t fall in the category of “super precedents,” or as Barrett defines them: “Cases that are so well settled that no political actors and no people seriously push for their overruling.” She also declined to affirm cases such as Griswold v. Connecticut (1965), which recognized a married couple’s right to use contraception.

A quick refresher on Roe: In 1973, an all-male SCOTUS bench decided on the landmark ruling, and upheld that the right to privacy extended to the right to abortion as a right of a person not to be encroached on by the state. The Court, however, declined to make a ruling on the question of when human life begins — at conception, birth, or some point in between the two — stating, “When those trained in the respective disciplines of medicine, philosophy, and theology are unable to arrive at any consensus, the judiciary, at this point in the development of man’s knowledge, is not in a position to speculate as to the answer.”

Barrett has made her beliefs about conception abundantly clear over the years, first by signing an advertisement published by St. Joseph County Right to Life Group, an anti-choice organization, in the South Bend Tribune in 2006. The advertisement sought to “defend the right to life from fertilization to the end of natural life,” and called for an end to abortion and the “barbaric legacy” of Roe v. Wade. She also signed a second anti-abortion ad while teaching at Notre Dame Law School as a member of the “University Faculty for Life” group.

While Barrett stated in 2017 that it is inappropriate for a judge “to impose that judge’s personal convictions, whether they derive from faith or anywhere else on the law,” she has a history of being affiliated with organizations that have an archaic interpretation of Catholic teachings. Justice Barrett and her husband Jesse have been members of “People of Praise,” a covenant community where members promise to abide by a common agreement — an agreement governed by biblical views of gender roles, where men have “headship” over their wives and women are little more than homemakers.

She served on the board of a private Christian school with anti-gay policies, that preaches homosexuality as a sin, effectively denies admission to children of same-sex parents and employment to openly LGBTQ+ individuals.

Justice Barrett also co-signed a missive to the Synod Fathers from Catholic Women in 2015 that stated that marriage and family are “founded on the indissoluble commitment of a man and a woman.” She has sided with Justice Roberts’ dissent in Obergefell v. Hodges, the landmark civil rights case that extended the fundamental right to marry to same-sex couples, and which held that same-sex marriage should be decided by individual states, not the Supreme Court. She has openly questioned whether Title IX protections, protections against discrimination based on sex in education programs that receive federal financial assistance, extend to transgender individuals.

So, what’s on the judicial chopping block now that the SCOTUS bench now has a 6-3 conservative majority? First, in the case of a contested election, Trump has made it clear that he expects his appointee to rule in his favor if the Supreme Court ends up deciding the next President of the United States.

As a SCOTUS justice, one of the first cases on Justice Barrett’s docket for November 10 is California v. Texas, which will determine the fate of the Affordable Care Act (“ACA”). Should the ACA — colloquially known as Obamacare — be overturned, more than 20 million Americans will become uninsured in the midst of the largest public health crisis of the last 100 years. It will also make it significantly more difficult for people with pre-existing conditions, which will include the 8.9 million people who have contracted COVID-19, to get insurance.

Should Roe be overturned, the mandate to decide abortion laws will fall to individual states —  21 of which have already indicated the intent to ban most if not all abortion rights. Some anti-abortion groups have long maintained that IUDs and emergency contraceptives like the morning after pill are abortifacient because they prevent the implantation of a fertilized egg. Should personhood laws (i.e. laws that classify fertilized eggs, zygotes, embryos, and fetuses as “persons,” and grant them full legal protection under the U.S. Constitution) be passed, contraception may be banned in some states.

In vitro fertilization (IVF), which also involves fertilized eggs, could be criminalized, or parents could be forced to transfer and carry embryos with genetic abnormalities. IVF patients who implant multiple embryos could be forced to carry all of them to term, not just the most viable ones, making the pregnancy significantly more dangerous with a much lower chance of success.

Justice Barrett will also be present when the Court hears arguments this week in Fulton v. City of Philadelphia, which will examine whether faith-based welfare agencies can refuse to work with LGBTQ+ couples as potential foster parents. Depending on how the case is ruled, it may have a far-reaching impact on protections that the LGBTQ+ community has against discrimination in areas like employment and housing.

With Barrett’s confirmation, the GOP has been responsible for appointing 15 of the last 19 SCOTUS justices, despite winning the popular vote only once in the last 30 years. For those who asked, “What’s the worst that could happen if Trump becomes President?” We now have our answer: A bungled pandemic response to the tune of 227,000 Americans dead, and decades of a conservative stronghold in the courts.

Amy Coney Barrett is 48, and most Justices serve well into their 80s before leaving the bench. It remains to be seen whether Trump will be successful in fulfilling his presidential campaign promise to overturn Roe v. Wade and Obamacare. What is readily apparent is that the changes to the courts made during his administration have altered the American judiciary for an entire generation, if not multiple ones.