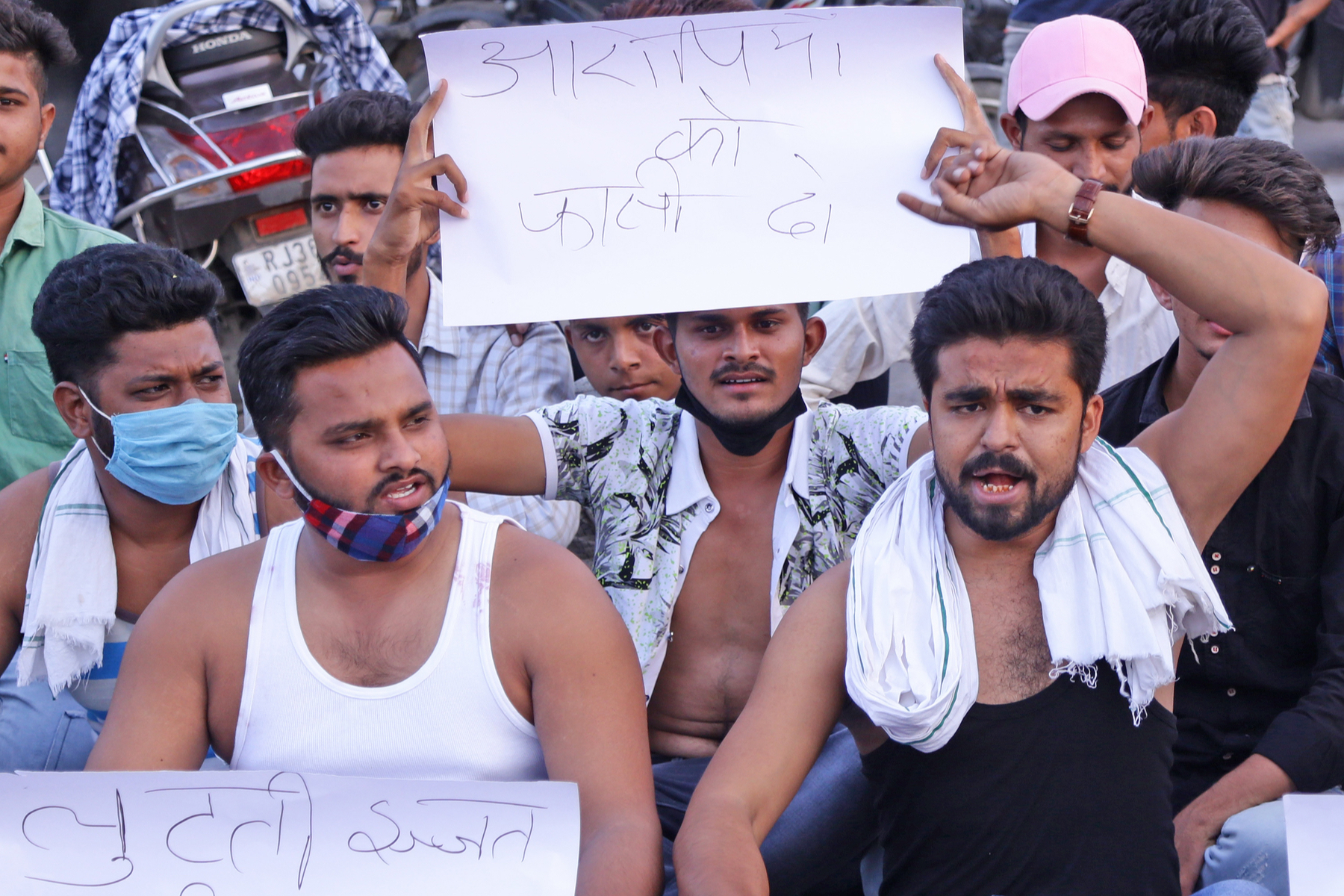 Congress party workers raise slogans during a protest against the death of a 19-year-old Dalit woman who was allegedly gang-raped in Hathras. | Photo Source: Sumit Saraswat/Shutterstock

As a young Indian-American woman who has lived in both the United States and India, whenever I hear of another rape case in India, my anger, frustration and grief take over completely. It’s no different this time around.

On September 14, a 19-year-old Dalit woman was tortured and allegedly gang-raped by four men in the Hathras district of the northern Indian state of Uttar Pradesh. Even though the woman was found naked in a field by her mother and had several injuries — a torn tongue, fractured limbs and damaged spinal cord — her family was sent away from the local police station when they attempted to file a complaint.

Reports indicate that the police first accused the young woman of lying about her injuries and initially did not register the case as a gang rape due to her inability to speak. They officially registered the complaint a week later. Two weeks after the incident on September 29, the victim died in a hospital in New Delhi, where she had been transferred for treatment due to the severity of her injuries. According to Al Jazeera, the woman’s body was cremated by the police in the middle of the night against the wishes of her family, who were beaten when trying to stop it from taking place. The Hathras horror has sparked protests across major cities in India by Dalit communities, activists and opposition parties. This outrage was further heightened on October 1, when the police in Uttar Pradesh announced that they were ruling out the rape allegations based on evidence of a post-mortem report.

In the days after the Hathras rape, Uttar Pradesh police arrested four men who belong to the influential, upper-caste Thakur community and charged them with gang rape and attempted murder. However, due to heavy public criticism of how this case has been handled thus far, the state government has fast-tracked the investigation and handed it over to the Central Bureau of Investigation, specifically, Deputy Superintendent of Police Seema Pahuja and her team.

Additionally, five senior police officers, including the district police chief, have been suspended over the investigation due to actions such as cremating the woman’s body without the family’s permission. Meanwhile, the argument over whether the Dalit woman was raped or not continues. A recent government forensic lab report backs the state police’s claim that the rape did not take place, but doctors who treated the woman reject these claims on the basis that the samples had been sent to the lab eleven days after the assault took place.

According to CNN, Dalits are considered the lowest on the social hierarchy that is India’s caste system, which categorizes Hindus at birth and defines their place in society. The word “Dalit” itself comes from a Hindi word that means “oppressed, suppressed, downtrodden.” Dalits’ status affects various components of their lives, such as which careers they can pursue, who they can marry and even where they sit on public transportation. Although the caste system was officially abolished in 1950, this hierarchy lives on in Indian society, with Dalits being particularly vulnerable to violence and discrimination, including forms of sexual violence. According to India’s National Crime Records Bureau, in 2018 there were more than 33,000 cases of alleged rape reported — roughly 91 cases per day. In 11 percent of these cases, the victim was a Dalit woman.

In India, sexual violence and discrimination are faced by women everywhere, but the justification of this violence is often tied to the gender dynamics and position held by them in society. Upper castes often still believe that they have excessive power over Dalits. This is often expressed through tools like rape so that the boundaries between classes are clearly reinforced. In the case of the 19-year-old Dalit woman, BBC notes that the family of the victim had a two-decade-long dispute with an upper-caste family. As a result, her alleged rape by four men who were higher in the caste system prompted little action on the part of the authorities. Additionally, there were significant delays in taking the woman to a larger medical facility, despite the severity of her injuries. This behavior, as well as the consensus that no rape took place, shows how powerful the caste system is in sexual violence cases.

[Read More: The Horror Story That Began at Home: The Shattering Child Rape Case in Chennai]

The Hathras case also represents the ongoing stigma against rape and other forms of sexual violence in a country where it is sometimes suggested that women and girls “invite” sexual assault through their clothing, conduct, identity or character. In 2012, when I was sixteen years old and still living in Kolkata, a single mother was gang-raped in Park Street, a well-known area in the city. The incident sparked national coverage, and soon after, speculations that the woman was a sex worker emerged. In the weeks after, I was shocked at hearing how some people in the city were using this new information to justify the assault. Eight years later, these feelings remain as the Dalit rape case unravels and I hear people like former Supreme Court Judge Markandey Katju justify the act with statements like, “sex is a natural urge in men.”

Experts believe that more than 90 percent of rape cases go unreported in India and incidents like this make it clear why. According to Human Rights Watch, “For many in India, rape renders the survivor as an object of ‘shame.’” As a result, when sexual assaults like that of the woman in Park Street or of the woman in Hathras make national and/or international headlines, there are often attempts by the police, government officials and the masses to cast the blame on the victim.

On the other hand, Dalits and other groups both nationally and internationally have also been vocal about the injustice and atrocity that was the Hathras rape. A group of women and queer individuals from the Dalit-Bahujan-Adivasi-Vimukta communities has issued a statement condemning the gang-rape and murder and the state government and police’s actions after the incident. Similarly, thirty feminist groups and Dalit organizations in the UK along with British MP Apsana Begum have written a letter to the leading intergovernmental organization, calling for pressure on Indian Prime Minister Narendra Modi to remove Uttar Pradesh chief minister Yogi Adiyanat from power and to set up an international inquiry into the case.