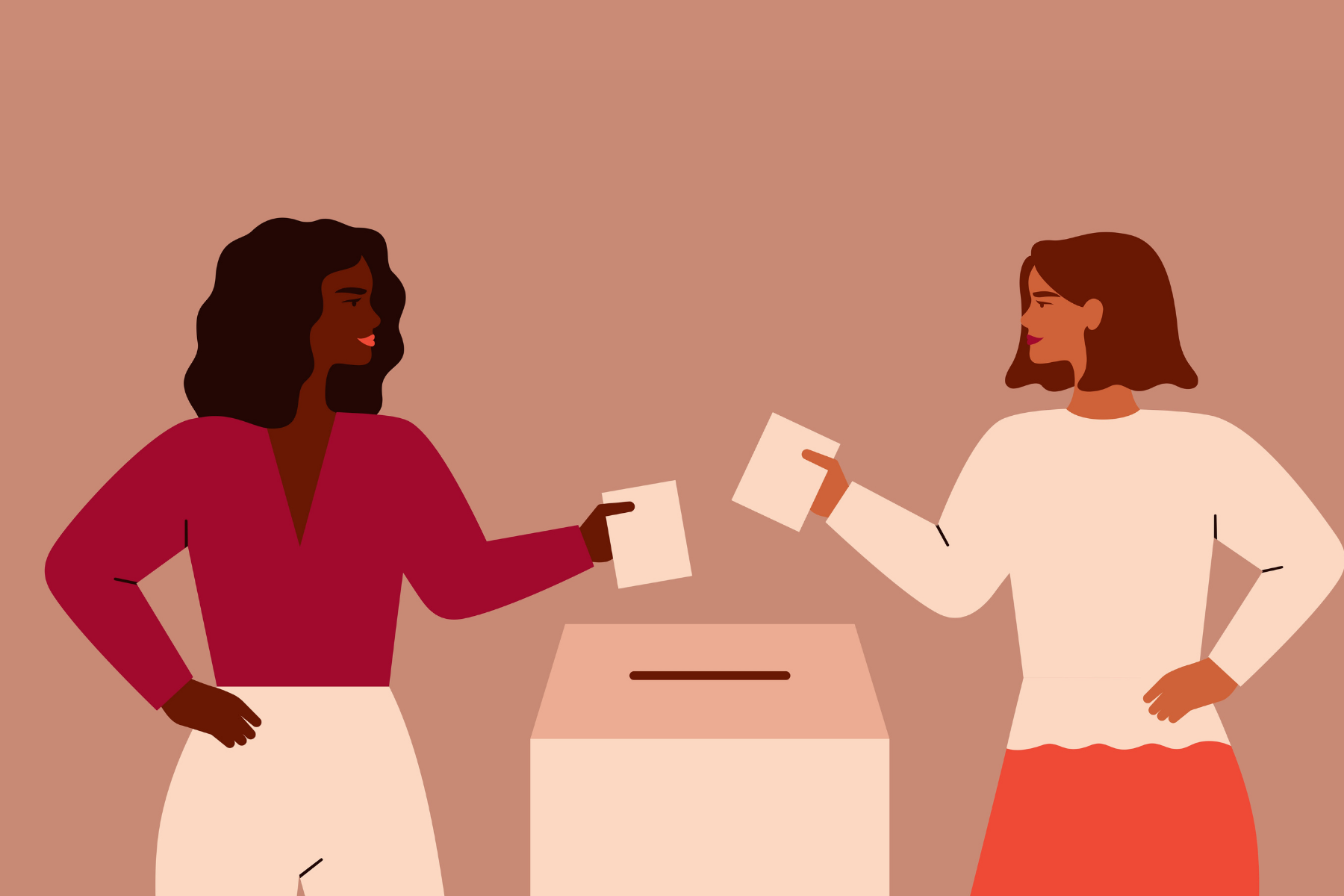 The following post is in collaboration with Emgage — a family of institutions that seeks to empower Muslim Americans through political literacy and civic engagement. Through efforts such as political education initiatives, engaging with elected officials and our historic “Million Muslim Votes” campaign, Emgage works to maximize the impact of Muslim American communities and demonstrate our inherency within American politics.

I lowered my arms, gripping my poster for stability as the chants around me seemed to fade. My body felt so heavy that I couldn’t move from the spot I stood, and the hot, bitter tears started to come down one by one by one by one into a steady stream. I took a deep breath, unbearably dizzy on the inside, but still as a statue on the outside. I then raised my arms again, this time a little higher, and I started chanting. With each chant my voice grew louder, my tears grew heavier and my soul transformed into a fighter.

The scene I am describing is the Muslim Ban protests at airports, shortly after Donald Trump was sworn into office. I had dedicated my life in the months prior as a field organizer in Ohio: seven days a week, working 12-14 hour long days, all in the service of preventing the very moment I found myself chanting in. Hadn’t I and thousands of other organizers been telling the American people about this possibility for months?

My name is Aysha Ahmed. I am a Pakistani, British-American Muslim (naturalized in 2009). I am the Deputy National Organizer at Emgage, an organization that seeks to empower Muslim Americans through civic engagement and political literacy. My days are filled with walking around neighborhoods, calling voters, building partnerships, talking to strangers, making connections and fighting together for a brighter and more welcoming tomorrow. Currently, we at Emgage have launched the historic “Million Muslim Votes” campaign, which seeks to turn out an unprecedented number of Muslim American voters during the upcoming presidential election.

During those initial Muslim Ban protests, little did I know of the countless other protests, briefings, hearings and press gatherings I would also find myself at over the next four years as a direct result of the Trump administration’s harmful policies.

Sometimes politics can get intimidating: big words, hard-to-decipher acronyms, countless statistics and numbers, bickering in the media and stuffy suits. But what always holds true from organizing efforts is that all human beings carry their own struggles and celebrations, and deserve the right to live in safety, security and happiness. We carry so much with us in our names and our stories: we carry the village that has made us who we are and hope to be.

I am inspired by my Nano’s (Grandmother) legacy — she was a pioneer of her time. She pursued and completed a full education, and served in the highest-ranking position for a woman of her time as the District Education Officer in Lahore, Pakistan.

I am driven by Father’s example; despite the ruthlessness of his cancer diagnosis, he always met everyone he came across with the same kind, open, and heartful jolliness — even during his worst and most painful conditions.

I am guided by giants like Congressman John Lewis and Supreme Court Justice Ruth Bader Ginsburg who fought inside and outside the halls of power for the rights that I can so easily access now.

I am pushed by activists like Linda Sarsour to grind for justice, not be a bystander and realize that there is always more we can do.

I am humbled by the community and family that raised me, like Kausar aunty, who fiercely puts the needs of others first.

I am heartened by my wonderful friends who have helped me in this thing called adulting and have always been my loudest cheerleaders.

[Read Related: Op-Ed: As a Naturalized Citizen, Voting is an Earned Right for Me]

I am joined by my team who are doing the unglamorous, unrecognized groundwork, often under immense pressure for the sake of leaving this day a little bit better than yesterday.

I am reminded by the many who are suffering from the cruelty of this administration’s greedy policies. I am reminded of Black communities that have suffered through mass incarceration, police brutality, and racial profiling. I am reminded of the families who have had to bury their loved ones from afar because of the recklessness of coronavirus.

I am excited by candidates like Madinah Wilson-Anton and Ihssane Leckey, incredible leaders with powerful stories who have stepped up to run for office this year!

I carry this village with me with every, “Hello, my name is Aysha Ahmed.”

And it is for this village that I vote — with a promise to continue the work needed to build a governing body that serves us all.
I don’t want to stand at another protest next year thinking:

“Hadn’t I and thousands of other organizers been telling the American people about this possibility for months?”