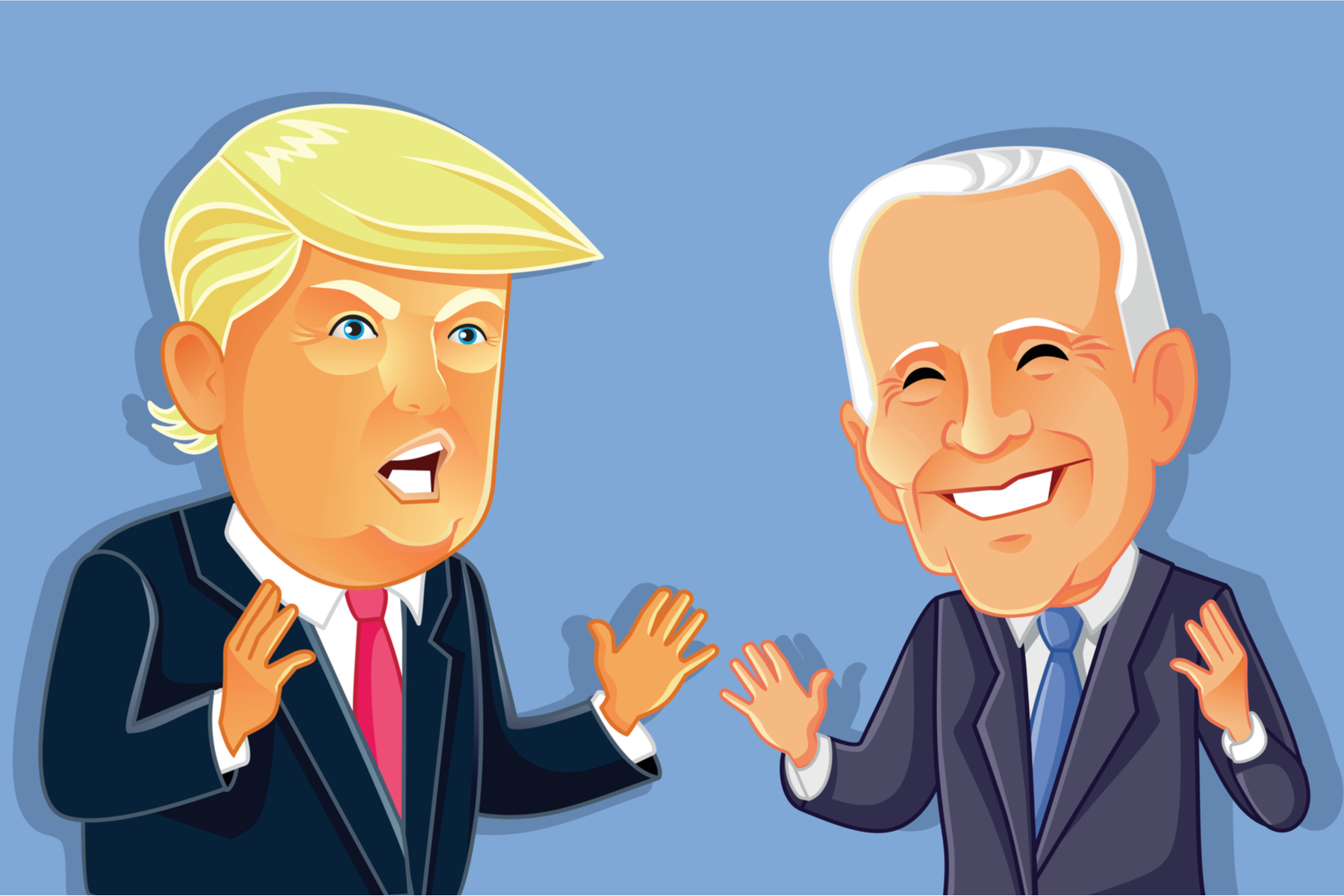 Photo by Nicoleta Ionescu via Shutterstock

The second and final presidential debate of this election was held on Thursday, Oct. 22. Due to the highly chaotic nature of the first debate, and the initial second debate being canceled due to President Trump’s COVID-19 diagnosis, this was the last chance for the presidential hopefuls to convince undecided voters. A total of six topics were discussed during the 90 minutes of the final debate in Nashville, TN: impacts of the ongoing pandemic, national security, healthcare, immigration, racism, and climate change.

According to officials from the Trump campaign, they wanted the President to not interrupt much and let the Vice President speak more, hoping that he would make a mistake. On the other hand, Biden’s campaign advised the former vice president to maintain his composure and let the President’s anger and agitation decide their fate. Overall, both candidates more or less heeded their staffers’ advice. President Trump initially spoke only when it was his turn. At the beginning of the debate, he was courteous enough to ask moderator Kristen Welker if he was allowed to follow up on his competitor’s comment before doing so. However, as the night progressed, President Trump started getting flustered and kept continuing the discussion even when Welker said that his time is up.

Vice President Biden, on the other hand, maintained his composure for the first 40 minutes of the debate. It was when he unexpectedly went on offense about Rudy Giuliani and the Ukraine scandal about Hunter Biden that the debate became more jarring. There were clashes on healthcare, minimum wage, and most importantly, on child separation. This debate was also the first where the mic was muted for one candidate while the other gave his initial two-minute response to the question posed by the moderator. While this resulted in fewer interruptions and almost equal times of speech for both presidents, it did not make the debate entirely truthful.

The COVID-19 pandemic was discussed first. President Trump said that it is a worldwide problem and that it is under control, while incorrectly hinting at a vaccine being invented in weeks. He claimed that people are learning to live with it and they cannot be asked to lock themselves up in basements. Biden responded that people are not learning to live with it; they “are learning to die with it.” He asserted that the person responsible for 220,000 deaths should not remain president.

On national security, both candidates were asked about their “foreign entanglements,” as Welker put it. Even though the primary question was about Iran’s and Russia’s interference in the election, the discussion turned into accusations against each other for taking money from foreign governments. Vice President Biden highlighted that President Trump has paid 50 times more tax in China than in the United States. He claimed that the president should release his own tax returns before accusing him of corruption in Ukraine. President Trump falsely claimed that his bank account in China was shut down in 2015 before he announced his campaign for president. He also announced that he has pre-paid “millions and millions” in taxes, and will release the returns as soon as his audit is completed.

During the discussion of healthcare, both candidates were quick to point out the misgivings of the other’s plans. President Trump misled the public that his challenger plans to socialize medicine, which would lead to 180 million people losing their insurance. While Biden rightly denied the allegation, he made a fallacious argument that nobody lost their insurance under Obamacare. He also attacked the President’s lack of a plan and compared its non-existence to the infrastructure plan that President Trump is yet to deliver.

On the issue of child separation, both candidates played the ultimate blame-game, reminiscent of the previous debate. When asked about the 500 children whose parents are unknown, Vice President Biden claimed that the country has become a laughing stock because of the policies of the Trump administration. President Trump struck back by claiming the Obama administration built the cages in which the children are being kept. While it is true that the Obama administration created the “cages,” it was the current administration’s “zero-tolerance” policy that resulted in family separations.

When asked about the race in America and the treatment of the African-American people by the police, Biden empathized with the Black population and admitted more needs to be done about inclusion. President Trump reciprocated that despite being in politics for 47 years, Biden has not done anything for criminal justice reform. Trump called him “a career politician” and also brought up the 1994 crime bill that resulted in the incarceration of thousands of Black people. Refreshingly, Biden admitted that his crime bill was a mistake and that people should not be persecuted for having drug problems.

The conversation about climate change was the most controversial of all. When asked about his rollback of regulations to the oil refineries affecting the people of color living nearby, President Trump said that they are satisfied because they have made more money under his administration. Biden retaliated that health matters more to the citizens than how much money they make. On this, President Trump asked Vice President Biden if he would close the oil industry; he replied, “yes.” Looking at the camera, President Trump asked Ohio, Pennsylvania, and Texas to remember this.

Perhaps the most memorable line was towards the end of the debate. Vice President Biden declared that if elected, he will not be the president of blue or red states, but the president of the entire United States. He claimed he would choose “science over fiction and hope over fear.” On the other hand, President Trump touted his previous performance by claiming record employment numbers and attacked Biden on his plan to raise taxes.