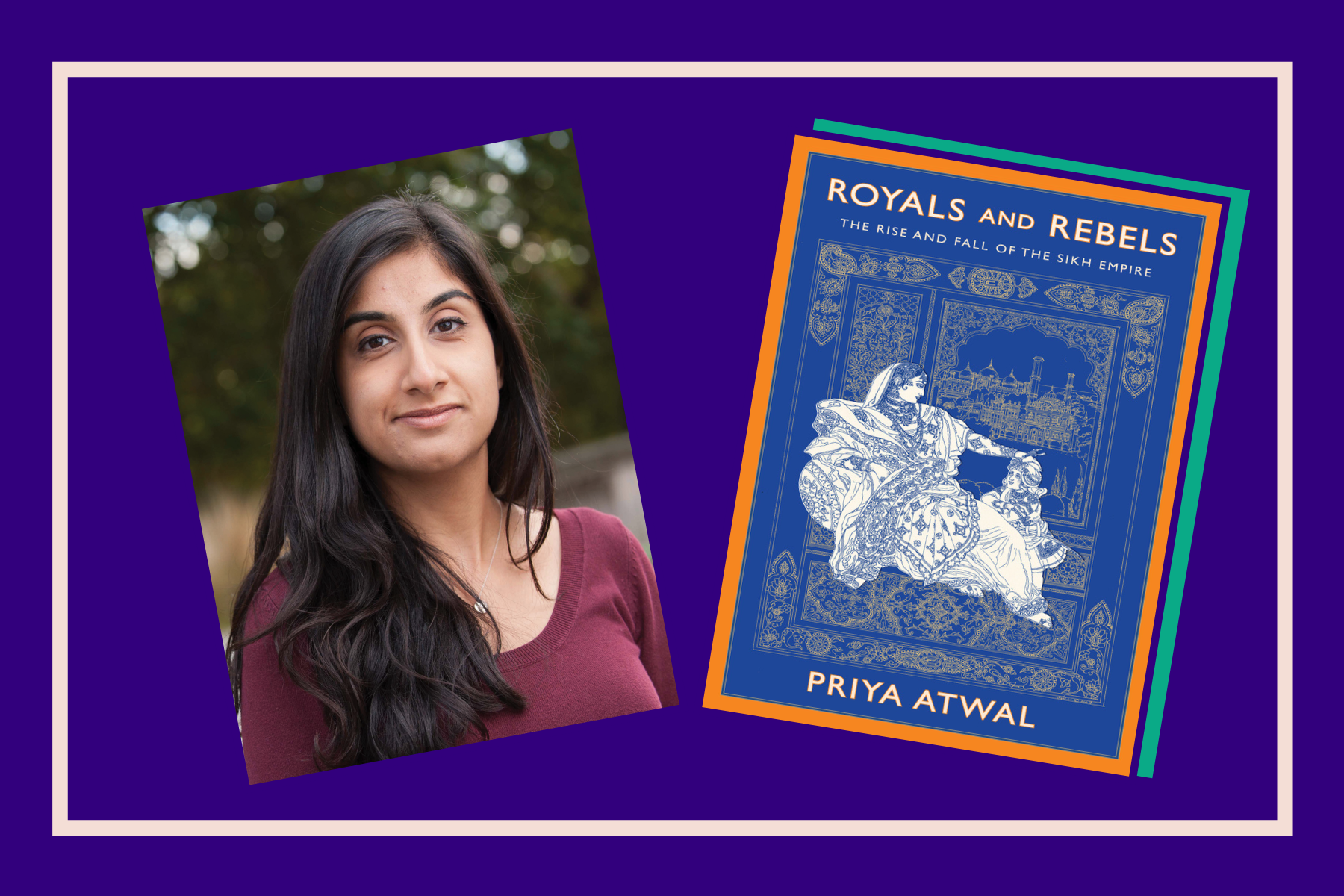 If I asked you about your own history, beyond your lived experience, what would you tell me?

Amongst other things, I am a Pakistani born, Punjabi, Muslim woman who is also a pardesi (an Urdu/Hindi term used to describe a diasporan). I can’t say with sheer confidence that I know why my ancestors chose to own these labels. In picking these, I don’t know which ones they cast aside. I just accepted them.

But at some point, the need to find out for yourself becomes apparent.

When presented with the opportunity to read an upcoming book on the history of the Sikh empire, I was intrigued. The grandeur of royalty and the lure of rebels aside, I had never heard of a Sikh empire! I wondered why I had no prior knowledge of a 50-year strong empire that was born to a people and land that I call my own.

“Royals and Rebels” by Priya Atwal welcomed me to the mysterious world of the Sikhs, Mughals and the British in pre-partition India. An intricate masterpiece laden with gems as old as the empire itself, “Royals and Rebels” is a welcome and necessary addition to the South Asian history repertoire.

In five succinct chapters, the reader is presented with a wholesome account of the Sikh empire’s rise and fall. Atwal sets the scene by introducing us to the origins and tenets of Sikhism, which is the very heartbeat of this book and hence the empire. By way of the Gurus, we are presented with the ascent of Maharajah Ranjit Singh, the Lion of Punjab, who was revered in the kingdom and far beyond. Priya probes at how he attained that title and who the kingmakers were at the time.

“Context is relevant. It’s important to showcase the world these Maharajahs were living in, the ideas they were imbibing, playing with and how they were throwing them back into the world. Things don’t happen in a vacuum.”

Ranjit Singh, the heir to the Sukerchakia misl, was able to create his kingdom because of the foundation his grandfather, Charat Singh, and father, Maha Singh, had built for him. With land, resources and a steady flow of money, Ranjit Singh could fuel his objectives as he wished.

[Read Related: The Problem with Equating Sikhism to Hinduism: Ignoring Diversity Within the South Asian Diaspora]

Marriage, part of his expansion strategy, was the key to Ranjit’s success. The numerous women he married, now Maharanis, were from various social classes and religions and did their share in empire-building. Although hardly mentioned in official records, female political activity was a powerful tool. We learn this from the likes of Mai Desan and Sada Kaur who supported the kingdom by sharing their own soldiers in times of threat. On the other hand, Ranjit’s sons received tailored education to prepare them for regional military conquests.

The style of diplomacy exercised during the Sikh reign was unique. Diplomatic etiquette, a vital part of foreign policy, derived from Punjabi customs of hospitality and local traditions of khi’lat, bestowing honour through gift-giving. Through this, Ranjit Singh established a trustworthy relationship with the East India Company producing a strong Sikh-Anglo alliance. He was a Maharajah determined to build an empire that would put him on the same table as British royalty.

For me, one of the most important takeaways was learning how easily narratives were manipulated for the sake of political agendas. Narratives were ever-changing but never avoided the theme of extremism — from Maharani Jind Kaur fluctuating between both a heroine and a whore. British curation governed chronicles, and alternative accounts were quick to be dismissed. As such, there are neither enough sources nor many remnants to tell us about this era. If there are, they are either hard to find (given that the Lahore Treasury was ransacked when Punjab was annexed in 1849) or they are suffocated by narratives brimming with personal biases. Since a female historian in this specific domain is a rarity, Dr. Priya Atwal challenges this status quo, amongst a myriad of others, by writing “Royals and Rebels.”

[Read Related: ‘Ask a Woman About her Hair’: How my Relationship with my Hair and Sikhism has Evolved]

A chance visit to the Oxford University Sikh Society for the sole purpose of curing homesickness through samosas ended up whetting Atwal’s appetite in both a literal and metaphorical manner. The Maharani Jind Kaur inspired Atwal to dig deeper into her Sikh heritage. Atwal’s decade-long inquiry has seen many transformations, from an undergraduate thesis to a Ph.D. to an actual book, yet has stayed true to its determination in colouring the existing narrative with brighter hues.

Like her subjects, Atwal accompanied me throughout my reading with care and simplicity. She presented information and left me with the task of defining my own opinion, equivalent to a breath of fresh air.

“We’re hungry to know more about our history and I think the appetite comes from that rich and intellectual legacy that we have. In some respects, we lost touch with it because we’ve been caught up with issues of colonization, immigration and displacement.  But there’s so much more to us than that. What I really wanted to show with this book was how vibrant a world Punjab was at that time and how much more we can gain from taking a thoughtful approach to our own history writing.”

In reading “Royals and Rebels,” I realised that as much as there were differences amongst the diverse faiths and ethnicities that resided in India at the time, there was also harmony, inter-cultural exchange and co-existence. There is no doubt that the Sikh reign was a cocktail rich with Mughal, Sikh, Punjabi and British influences, along with other regional ingredients.

[Read Related: Farmers in India are Protesting Against new Agricultural Legislation and Here’s Why]

After finishing the book and with a long list of questions ready, I sat down with Priya for a virtual chat. So much of our heritage was shared. My ancestral village of Khanqan (predominantly Sikh) isn’t far from Priya’s own ancestral village of Chitti in modern-day Indian Punjab. Learning of Pakistan’s importance for the 25 million Sikhs worldwide was eye-opening. Amongst countless sacred sites, Guru Nanak’s birthplace, Nankana Sahib, is in Pakistan. Last but not least, I walk away with a deeper appreciation of diverse narratives. Those that were royals to some were rebels to others, and the key to understanding why is perspective. Perspective gives us the power to observe from a gaze outside of the one we are accustomed to. It paves the way for answers and more questions.

So, tell me about your history.