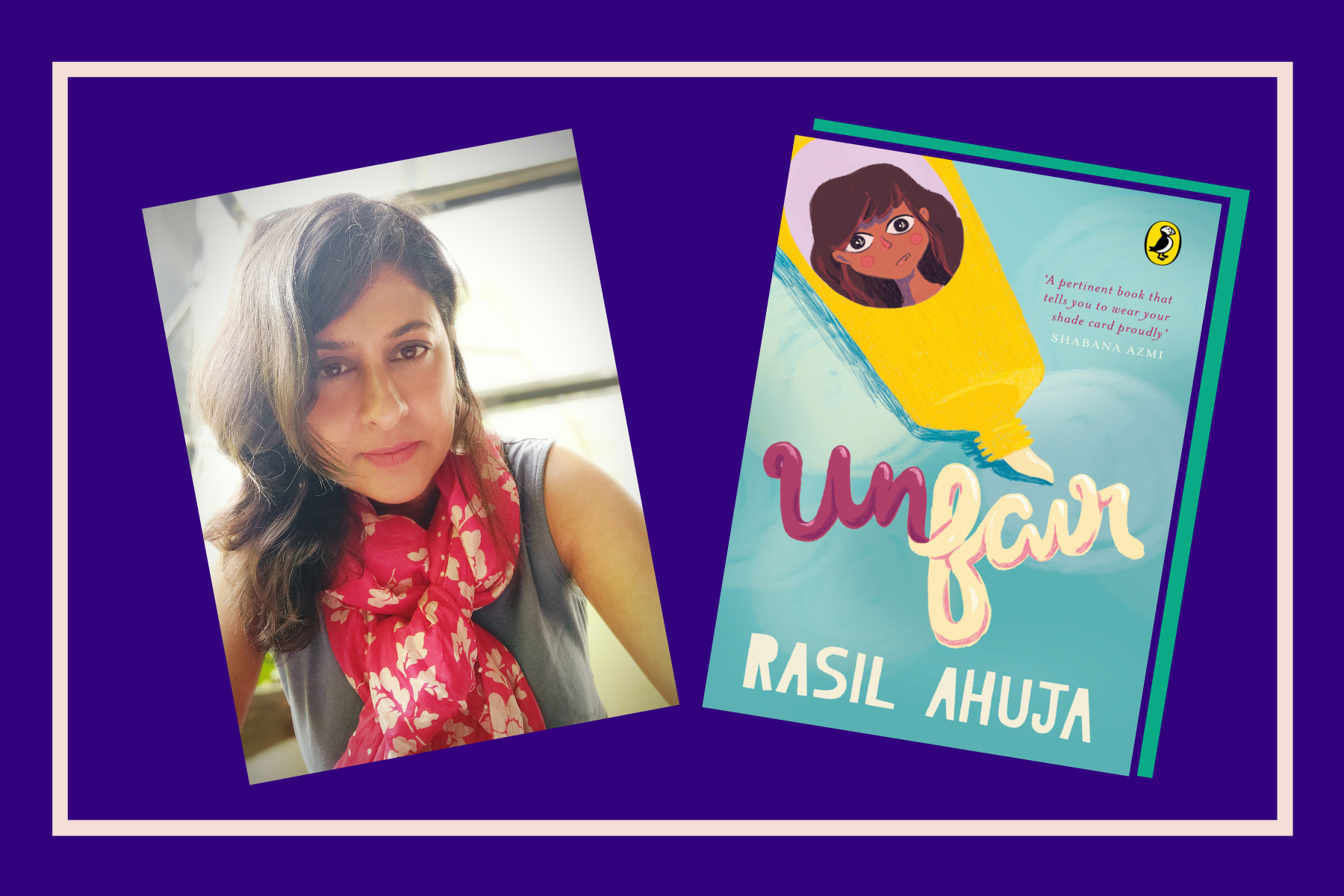 The South Asian community is all too familiar with the fact that light-skin preference is a prevalent issue affecting millions of people of all ages. What’s particularly saddening is how girls, even at a young age, are susceptible to this idea, with 90 percent of Indian girls saying that skin lightening was a high priority for them. In her upcoming book “Unfair,” Rasil Kaur Ahuja, director of Neev Literature Festival and an author of children and young adult books, narrates a beautiful story of two girls and their journey as they explore how colorism affects them, and how to love themselves.

Meher and Lina, longtime best friends, are just starting seventh grade and they ride the bus together to school every morning. Meher walks to Lina’s house to pick her up for the bus, ringing the doorbell exactly three times. An academic student, Meher is excellent at math, while Lina is outgoing, engaging and has a passion for theatrics. Having just returned from a Shakespeare theatre in the UK, she goes back to India, excited to put her experiences into practice. Lina is eager to try out for the lead role of Juliet from “Romeo and Juliet,” but is dismayed to find out that the drama teacher, Miss Deepa, thinks she might not be convincing as a dark-skinned actor playing a “fair” character. Ashamed of her appearance for the first time, and further goaded by school bullies, she hides her disappointment from everyone and buys a tube of skin-lightening cream, an endeavor that ends with disastrous results.

Meanwhile, Meher watches with sadness as her once-bubbly best friend becomes sullen and withdrawn. She vows to find out what is bothering her before it takes a toll on their friendship.

Based on Ahuja’s own experience with skin-lightening creams, this book is a great resource for young readers about self-love, rejecting shallow standards and standing up against an unjust status quo. As the mother of a mixed-race child, I was already considering how skin color bias would affect my daughter and how I might take steps not only to educate her against these types of biases, but also how to raise her confidence in her own self-worth.

“Unfair” is a great book, not just for younger readers, but for parents and caregivers. Ahuja inspires them to spark discussions on colorism, on whether the status quo is fair, and to reflect on the privileges that they hold even as youngsters. By featuring the story of two girls, one who is viewed as pretty with light skin,  and the one with dark skin who is starting to realize that she is deemed unattractive, young readers can understand the layers of privilege and oppression that they hold. In the story, Meher takes a while to understand why Lina is so upset about her skin color, because in her eyes, Lina is pretty, and she doesn’t understand why Lina doesn’t see herself as pretty. Only after she talks it through with her, can she properly empathize, as she does not regularly worry about her appearance. Through this storyline, Ahuja is able to show that, by not being aware of the privilege that you hold, you may not be able to understand someone’s struggle or how they experience it. Readers are encouraged to educate themselves and ask the difficult questions from people whose relationships they value.

The biology of skin color is another interesting topic that isn’t very well understood, so I was happy that Ahuja included it in the story. Lina learns that skin comes in many shades, based on the amount of melanin it contains. Meher learns that  darker skin is nature’s way of defense and protection against the sun in hotter climates, which is why skin color is connected to ethnicity. Skin is not just appearances, Ahuja shows, but also about protection from environmental threats, and there is a reason behind varying shades.

In “Unfair”, Ahuja has created a fun and engaging children’s book, tackling what might be one of South Asia’s most recognizable social problems. Hopefully, it will serve as a useful resource for young readers, families, and educational professionals alike, educating them about the roots of colorism, how it negatively affects young people’s self-esteem, and hinders self-love and acceptance.