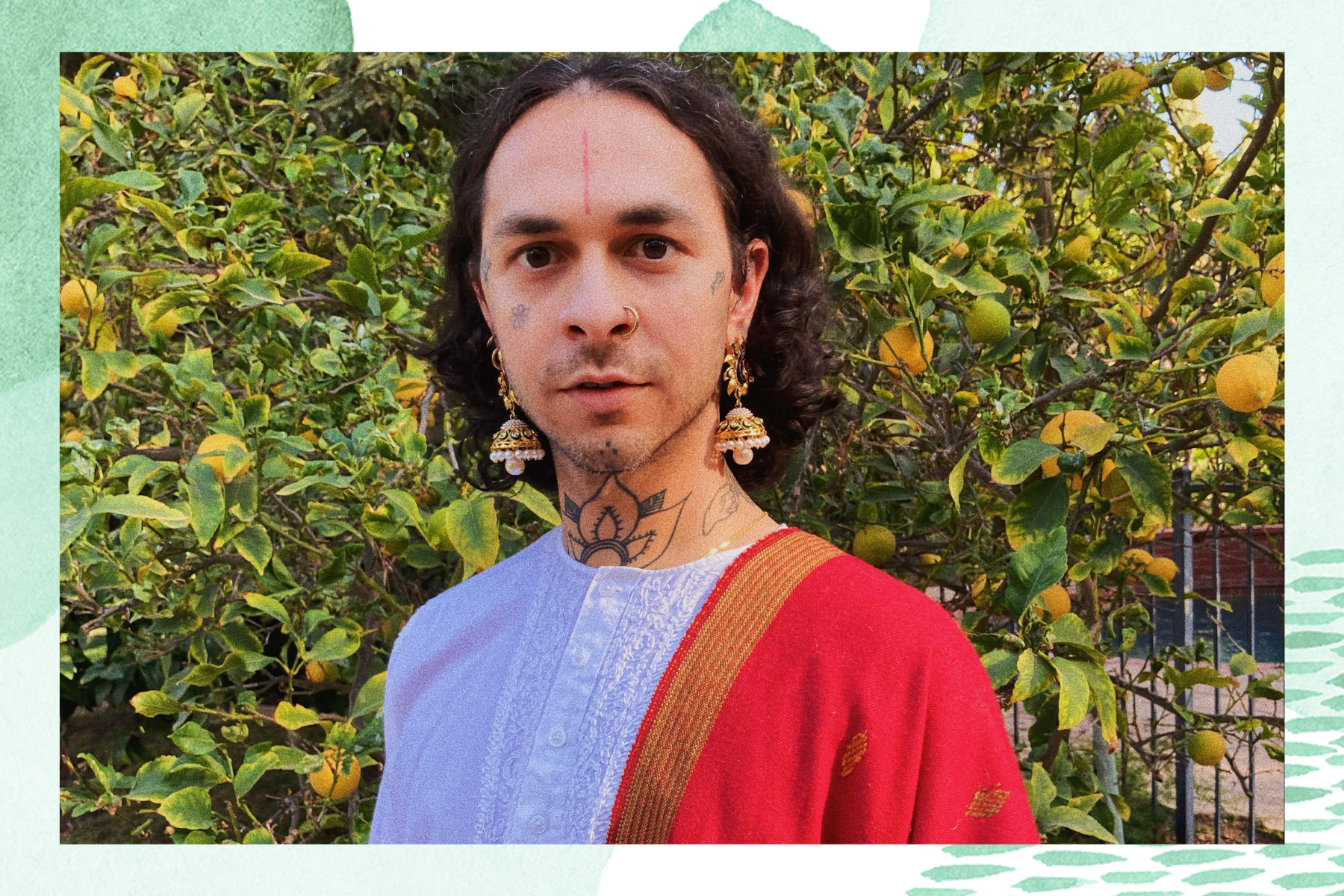 For this month’s artivist feature, Brown boy had the honor of sitting down with Mx. Puja Singh. Scroll through to follow their journey in becoming a multi-faceted musician who seeks to decolonize yoga and Hindu-based spirituality/ies.

Throughout my whole life, music has been my biggest passion. My parents told me that I was singing before I could speak. My mom tells the story of how we were in Delhi at some hotel, and I got up on stage after some people had performed and started playing the tabla. So it’s always been in me.

I sang in a choir in school and got into the musical theater when I was really young. That was a really big part of forming my musical identity. There was always pop music that I was very obsessed with. The Spice Girls were my everything. I thought I was going to be a Spice Girl when I grew up. When I was in my mid-20s, I started writing and producing music. That’s when the more electronic and techno-inspired kind of stuff really started to come in.

I started practicing yoga eight or nine years ago and teaching about six or seven years ago. That’s when I started chanting and doing kirtan and bhajan, but I had grown up hearing that stuff.

I had always grown up hearing kirtan in the gurdwara. It never felt like something I could do. I don’t remember ever thinking, “I could be a Ragi in a gurdwara.” It wasn’t until I got reintroduced to kirtan from a Western perspective, ironically and somewhat tragically, but it’s led me on this whole journey.

My experience in India is so different than my experience here. I am very light-skinned and look like a gora. So, a lot of people don’t know that I’m Indian. It was one of the things that kind of made me own my Brownness and my desi side more because it’s always been really important to me.

In India, because a lot of men are more feminine, I feel like I move through in a way that people generally don’t notice my queerness as much.

There will be days when I’ll wear a sari out, and I get why people are looking at me. But then, there are days when I wear jeans and a T-shirt (what I consider low-key), and people will stare at me almost more than when I’m turning it up.

My queerness is such an integral part of me. I’ve done so much work within myself that my queerness is not like something I’m ashamed of. In a lot of ways, that confidence somehow protects me.

There’s quite a clear distinction between religion in a political sense and religion in a spiritual sense. They’re two very different things to me.

Hinduism is not a real thing. It’s a concept created by non-South Asians to classify a philosophy that is beyond religion. They’ve kind of put it into this box of Hinduism as a religion. So even that in itself is such a kind of colonization of indigenous knowledge and practices.

The big question that’s always asked is, “What’s the difference between appropriation and appreciation?” It’s about self-inquiry. No one can give you the answer. You have to make this decision for yourself. If you feel like you’re culturally appropriating something, you have to dig deep within yourself and figure out why you feel that way and whether you want to continue doing that or how you can change that.

It’s not to say white people can’t be doing kirtan or leading kirtan. Same with yoga. But to be put on a pedestal above South Asians — how do we elevate South Asians and actually give them the credit, support and platforms that they deserve to share their own indigenous knowledge?