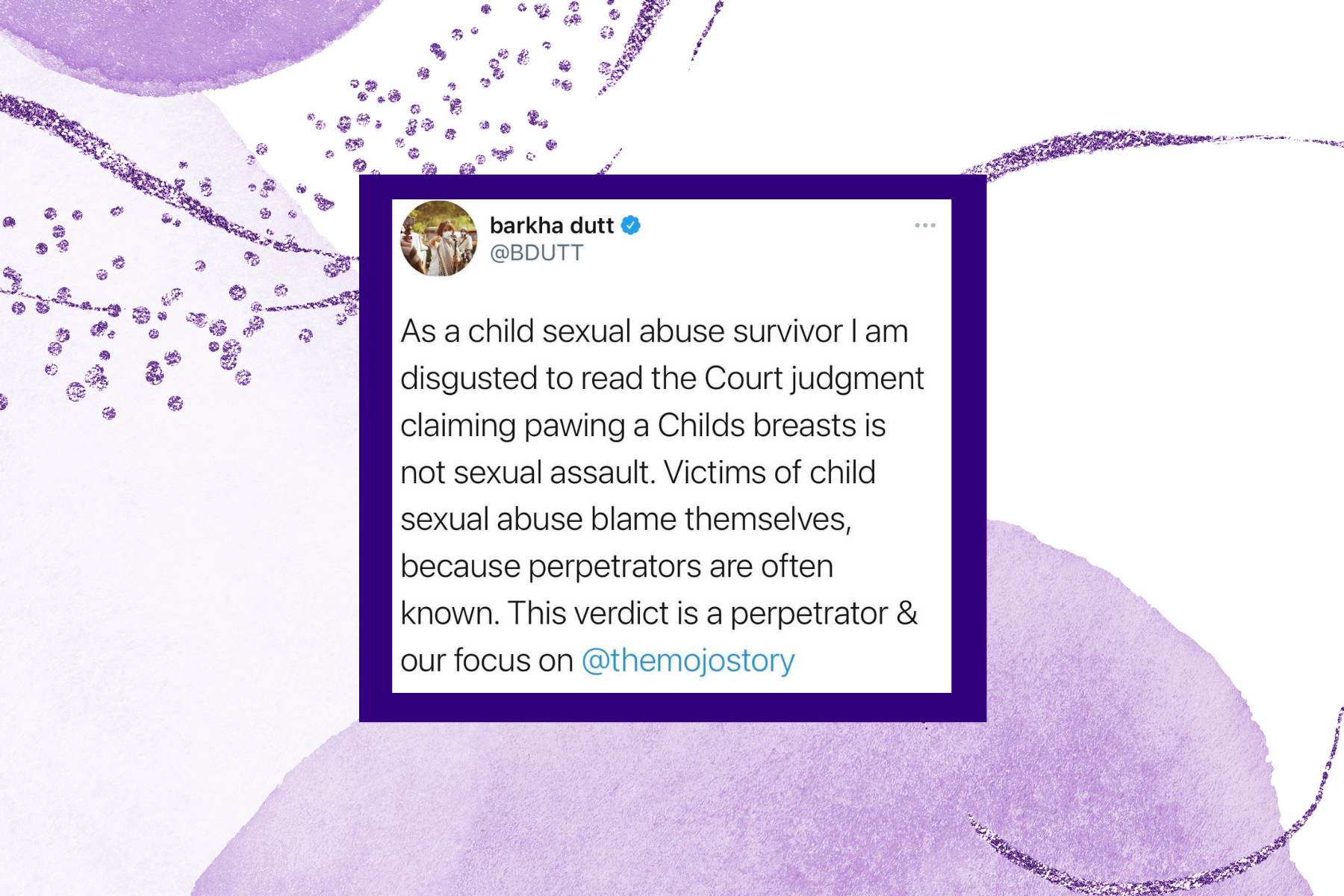 Justice Pushpa Ganediwala of the Nagpur branch of the Bombay High Court ruled that groping a minor’s breast without “skin to skin contact” is not an act of sexual assault as defined under Section 7 of the Protection of Children from Sexual Offences (POCSO) Act on Jan. 19. In her ruling, she claimed that for an act to be considered sexual assault, there must be “skin to skin contact with sexual intent.”

On @themojostory I spoke as a journalist and as a survivor of child sexual abuse -I was abused when I was 10- to raise my voice against a horrific Bombay HC verdict that says groping a Childs breasts minus skin to skin contact is not assault. Our show: https://t.co/jDtRPcoP23 pic.twitter.com/sjFPB4Tqld

This decision modifies the conviction of a 39-year-old man, referred to as “Satish,” who had been sentenced by a lower court to three years in prison for sexually assaulting a 12-year-old girl under both the POCSO Act and the Indian Penal Code (IPC). According to the prosecution and the minor’s testimony, Satish had taken the girl to his house on the pretext of giving her a guava to eat and then proceeded to grope her breasts and attempted to remove her clothes. The victim’s mother filed a complaint with the Gittikhadan, Nagpur police station on Dec. 14, 2016.

However, because the prosecution failed to prove that the groping took place under the victim’s shirt, Justice Ganediwala determined that the offense solely constituted “outraging a woman’s modesty” under Section 354 of the IPC, which mandates a minimum sentence of one year of imprisonment, and acquitted Satish of sexual assault under the POSCO Act, which requires a minimum sentence of three years.

“The act of pressing of breast of the child aged 12 years, in the absence of any specific detail as to whether the top was removed or whether he inserted his hand inside the top and pressed her breast, would not fall in the definition of sexual assault,” the High Court said.

This decision has been met with outrage and disbelief by women’s rights activists, non-profit organizations, and Bollywood celebrities. Priyank Kanoongo, Chairperson of the National Commission for Protection of Child Rights (NCPCR), has urged the government of Maharashtra government to challenge the Bombay High Court order.

Kanoongo stated, “[I]f the prosecution had made the submissions as per the spirit of the POCSO Act, the accused would not have been acquitted from the series offence against the minor.”

Activist Kavita Krishnan, secretary of the All India Progressive Women’s Association, called Justice Ganediwala’s ruling an “outrageous judgement” that goes against the letter of the law on sexual assault.

“The POCSO law defines sexual assault very clearly and it has a provision for sexual touch. This notion that you will circumvent the law by saying touch with or without clothes makes no sense at all,” Krishnan said.

I tried for long but m still left with no words to describe how I feel after reading this. https://t.co/U8BKFrkhu8

In a country that is still reeling from the aftermath of the Nirbhaya and Hathras gang rape cases, amongst thousands of other crimes against women, this decision — one rendered by a woman, nonetheless — simply reinforces and legitimizes behavior that women are all too familiar with.