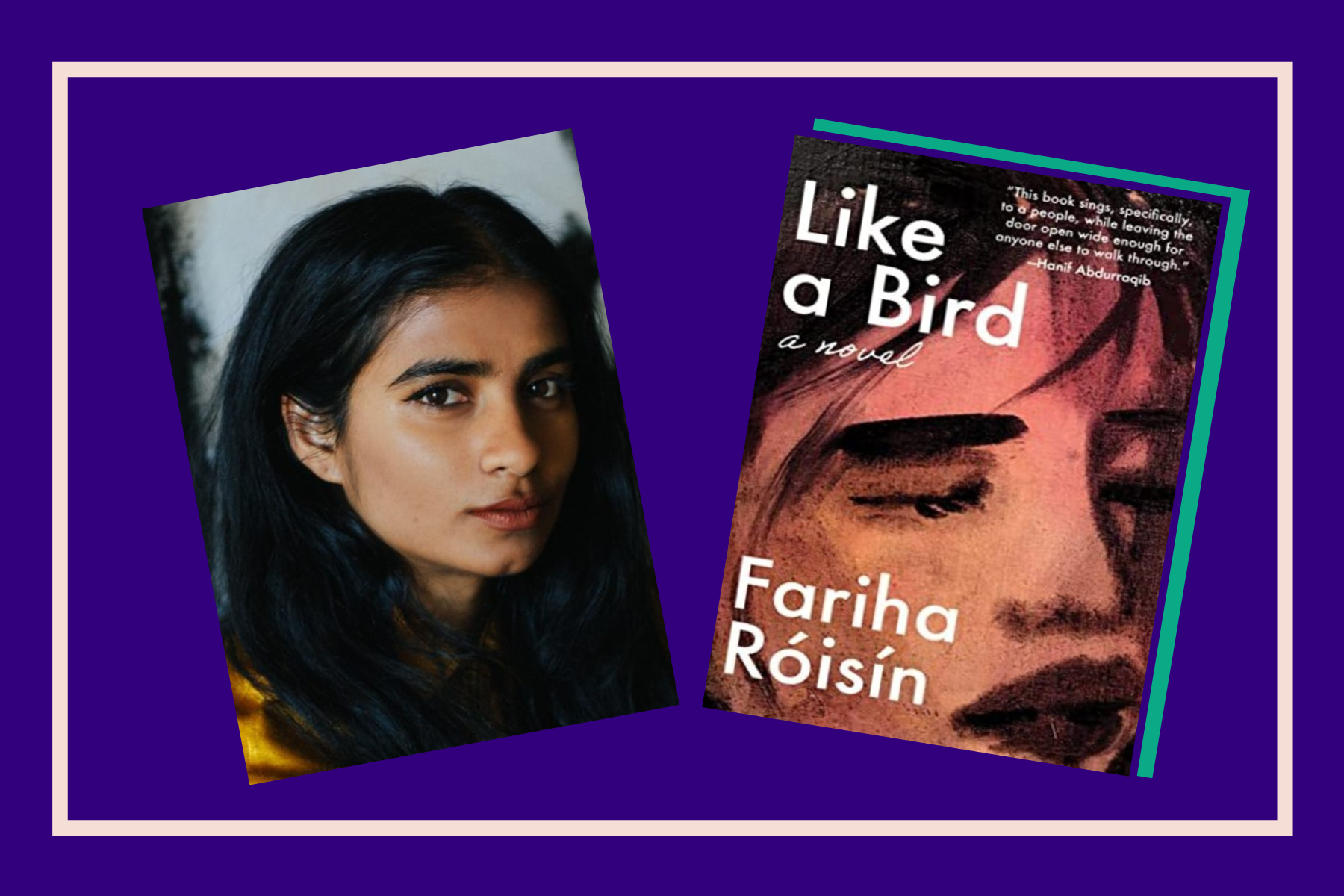 With the start of a new year, Fariha Róisín’s “Like a Bird” exemplifies a portal that could usher us into new beginnings — and an improved world.

As the name alludes, “Like a Bird” is a novel about freedom. And underneath this umbrella theme, we find sub-themes of belonging, purpose, memory, place, attachment and joy. These concepts are disseminated and dissected through the difficult yet glorious journey of the main character, Taylia Chatterjee, as well as through several secondary characters who dynamically come in and out of Taylia’s life to make her question and challenge “what she even wants to be and who she even is.”

Two months ago, I had the opportunity to virtually sit down and learn about Taylia in detail with none other than Taylia’s creator—and author of “Like a Bird”—Fariha Róisín. During this Instagram Live, Taylia truly came to life. Róisín shared, “I really wanted to write characters that are real.” The reality, however, can be awfully messy.

Taylia’s life experiences are not the easiest. Experiencing her life’s events from afar—as the observant reader at a distance—was also difficult. Taylia is raised with self-hatred from both branches of her upbringing: her mom’s white, Jewish, American identity, juxtaposed with her dad’s brown, Bengali Indian identity. Essentially, Taylia’s parents are caricatures of stereotypical archetypes that exude contradictory inconsistencies that they themselves refuse to acknowledge.

Through Taylia’s parents, Róisín shows how “education and awareness can be shields to not further interrogate why you are a certain way.” Although the mom acts according to decrees of political correctness, she embodies what Róisín calls “habitual racism” (p. 274). And although the dad is formally educated in leftist spaces, he embodies what could be inferred and coined as habitual sexism.

Thus, “Like a Bird” is about the expansive possibilities of integrity to self. Róisín openly shares: “Integrity to self is really rare. And it’s something that I am on a journey to. I haven’t arrived, I’m merely questioning — especially this last year — I’ve really had to sit with myself and look at all the holes in my being: All of the things that I say that I am, and, all of the things that I’m actually not.” Mis/alignment makes itself the crux of “Like a Bird.”

As a result, Róisín’s book took me some time to read and reflect on. And after a couple of months of digesting the longevity of this process in relation to collective healing, I’ve come to the conclusion that “Like a Bird” is worth the time and commitment.

The book comprises daringly experimental narrative forms seen as Taylia envisions and interacts with soul-manifestations of her long-lost sister, Alyssa, and grandmother, Dadi-ma. Taylia also is forced to confront her multidimensional identity through very direct—and sometimes texturally jarring—narration and dialogue. As I spent time with the book, I didn’t grow to cherish these narrative styles that continued to feel disjointed. However, I adjusted to them, which mirrors the story within the book — adjustment to the things you can’t change.

Taylia’s eventful life of extremities is one that requires adjustment. She is not as adored as her white-adjacent sister, who later takes her life. Taylia is sexually assaulted. Her parents take the side of her abuser and refuse to trust her innocence in the ordeal. She is kicked out by her parents as a result of their prioritization of shame over love and fear over the trust. Taylia is then forced to figure out life’s unpredictability as an adult who was never completely nurtured while experiencing toxicity as a child.

Due to the unprecedented roller coaster that is Taylia’s life, the secondary characters of the novel never develop as fully as I would have liked. Consequently, I lost myself in the middle portion of the novel but found myself thoroughly enjoying the final chapters (especially Chapter 27, which I would love to use as a stand-alone text in a writing workshop one day!). By the end, it was comforting to know that Taylia’s loose strings get (somewhat) tied up.

But not fully; because life is never one cleanly braided knot. Life is complex and has no true finalities. Róisín shares: “The first week, when [my novel] came out, I just sat with immense, unspeakable grief. I couldn’t fully comprehend or articulate. And it was because I was 12 when I started writing this book—because I needed to—and that is not grief I’ve ever sat with before.” She furthers, “Because of this book, I didn’t kill myself.” “Like a Bird” was Róisín’s only avenue to survival, and it became an avenue to healing. There is power in this book.

Róisín simultaneously shares how lucky she is that she knew deep down that if she “put it onto a page, something would happen. Something pushed me to know that,” she says. It is Róisín’s lifelong dances with her intuition that have allowed “Like a Bird” to become, as she says, “a beautiful archive—of myself and of my mind.” And this archive is special considering Róisín’s candid details on her childhood: “I don’t remember myself because I erased myself so much. And the remnants that still exist is ‘Like a Bird.’”

Róisín says that “Like a Bird” should make you wonder how you hold yourself during moments of rage. I agree. This novel should make you map out the negative space around peace and joy — a space that does not serve you. Róisín’s novel is about exercising our right to be radically optimistic, to love (imperfectly), to practice grace, to practice resiliency, to rest and to learn new lessons in radical optimism.

Keep up with Fariha Róisín on Instagram and buy your copy of “Like a Bird” from Unnamed Press!