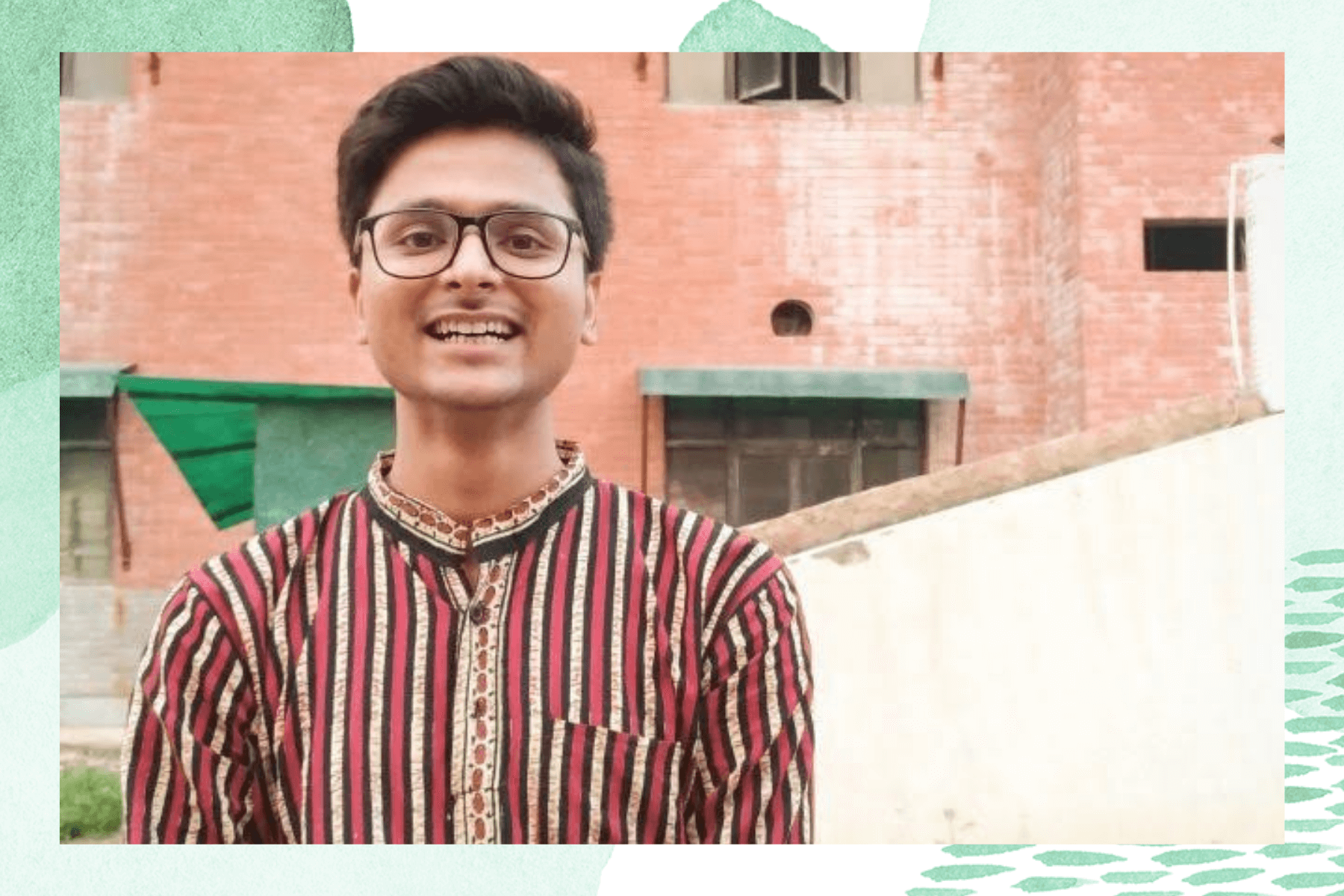 All photos are courtesy of Aditya Singh

The following post is originally published to livewire.thewire.in and republished here (with minor edits from our Brown boy editors) with permission by the author.

To successfully distance yourself from the prevalent norms of the society that with every passing breath from childhood aspires to instill in you every single grain of prejudice is a herculean task that cannot be accomplished without any support and in isolation.

Being born in a middle-class Rajput family was not a choice I made. As a child in his own bliss of innocence and ignorant to the ways of society, I enjoyed basking in the glorious orbs of my ma’s jewelry and sarees. Unlike the other boys my age, speeding and force were never my gaming zones. The tenderness and beauty of dolls often lured me into playing with them; dressing them up as gorgeously as nani would find me with those heavy, dark locks and big, round eyes of mine that shimmered in the attire of a bride. Dressing up as the dulhan in the dulha-dulhan game, wearing masi’s dupatta as a hairpiece and dancing wholeheartedly without an ounce of care for the world to Madhuri Dixit’s Bollywood numbers opened the non-negotiable realm of society for me; an arena I would bargain for by giving up all I had if only I knew what lied ahead.

While growing up, I did not share a friendly relationship with my father. Like most father-son bonds, ours was also garbed by the shades of masculinity, where the proclamation of love and expression of feelings lied suppressed. To make a man out of his effeminate son (whose walk and words resonated with feminine tenderness rather than masculine toughness), papa resided into relentlessly beating me even at the slightest of my mistakes. He detested my speaking of Bhojpuri, our mother tongue as he felt it made me sound like a mauga (a Bhojpuri word for effeminacy). I was unknown to the amiable side of parenting for the most part of my childhood; it resurfaced only in certain instances when ma was around. Her working in a different district often stole this bliss away.

While I could find bits of peace at home when my mother was around, my life at school had detrimental effects on my mental peace and only added to the trauma of being different. Known to be a space for the formation of one’s identity and shaping of personality, school contributed in making me known as a chakka and hijra (labels loosely translating to “eunuch” but said offensively), thrown like daggers at me by my schoolmates in the utmost derogatory sense. The notion of your name reflecting as your identity became a blurred idea for me. There were very few days of my school life when I was not bullied or humiliated, and hence, it is hard to forget the rest, which had become “my normal” for not being normal.

An incident of one such day is still etched clearly in my memory: when a classmate sitting behind me had tainted my shirt with the letters “SIXER” (an insult for queer people). Each day, I pushed myself to move ahead, silently mustering the courage and strength I needed to keep going. The resilience that took an eternity to put together was shattered into tiny fragments, seemingly at an instant. I tried every possible strategy in order to never go to school again, eventually resorting to intentionally hurting my own leg, to no avail. 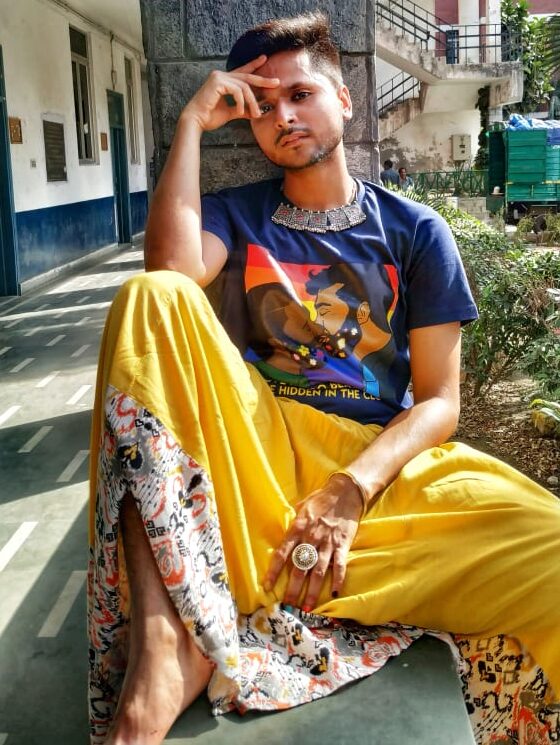 For once, after years, I let down my shield of masculinity and cried in the warm and secure arms of ma, cursing my birth and my own existence. The torment of years could not be calmed with her wise words. So taking the onus on her to set it all right, she spoke to my class teacher about all that had been going on. This only worsened things. Everyone at school had stopped talking to me, and my existence had now disappeared.

After matriculation, I took admission in humanities in a different school. My idiotic heart that clung to every false hope led me into believing that this change of place would mark a new beginning of acceptance, kindness, and warmth. Little did I know that humanities can only teach such notions but cannot force you into practicing them. All my aspirations to be known as “ADITYA” in this new setting, among new people, had burnt on the playground beneath the ravishing heat of the sun when a boy from my previous school called aloud to me “chakka, tu yahan!” I had decided not to succumb this time, so the “new” me did not let them humiliate me to my face, but that did not stop it from happening behind my back. Anonymously referring to me in those same slangs, they now sounded like teenage slurs from a distance.

To exist equally was now forgotten. The exuberance and flamboyancy about my personality had now been boxed forever. Insecure in my own skin, I had started to feel suffocated in my own body. Choking halfway by swallowing a piece of Motrin made me loathe myself for not having the cojones to free my own spirit. I started keeping to myself, an introvert who only found the resolve to breathe in the reality of my own identity either through comic books, TV series, or movies. At times, I danced in front of the mirror, in my dad’s dhoti wrapped around as a ghagra to live my veracity. It never felt as liberating, for the doors were always locked, and loneliness was my only audience. 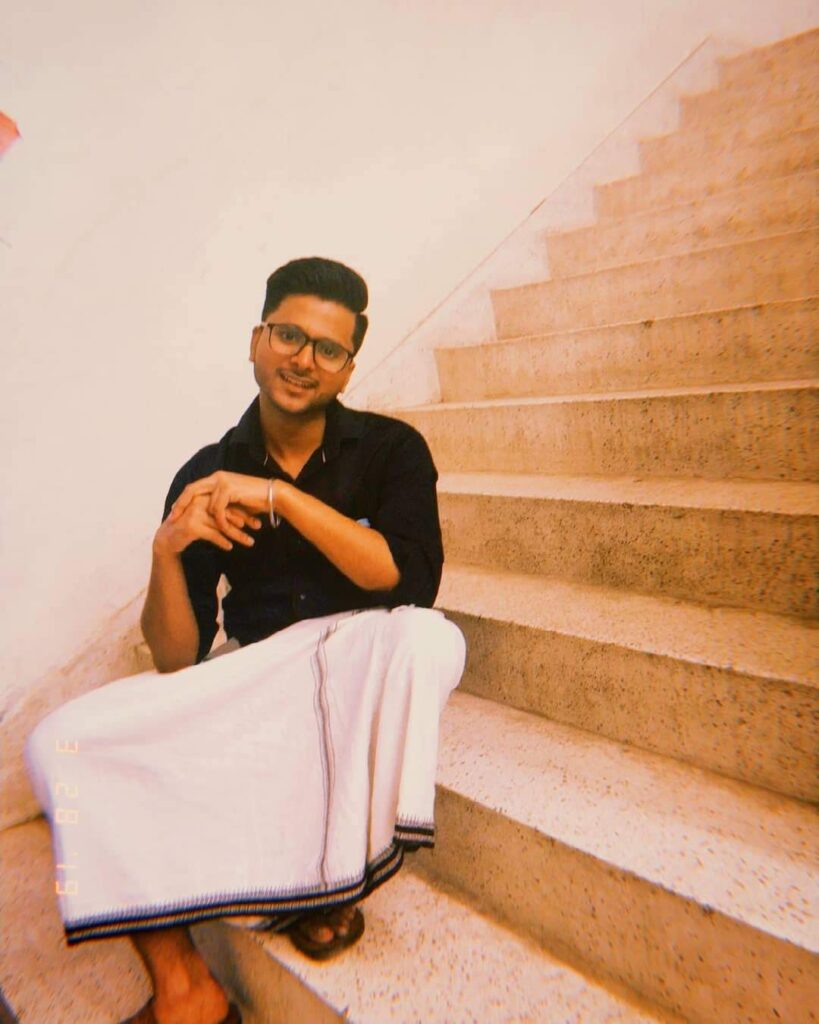 The process of change is not noticeable to the naked eye, nor is the human brain intelligent enough to register it until this change is visible outwardly. Standing on the stage in a long yellow skirt, resonating my faith in blurred gender roles and belief in masculinity beyond the idea of clothing, in an auditorium stuffed with people. I was not only accepting the award for topping the second year of college but also sinking in the realization of how the past three years in Delhi’s Ramjas College had empowered me to accept myself the way I am, to love myself beyond the horizon and to believe the notion that the sky can be your only limit.

This realization and acceptance did not enter my system overnight but was rather a process of constant unlearning of what society had breathed in me since birth. I had to learn to put individuality beyond the flawed spectrum of prejudices and stereotypes. To say that it was a cakewalk would be utter nonsense and a lie.

For the three years until my graduation, I resided in Ramjas Boys Hostel. Initially, it was tough to be surrounded by men who constantly questioned my manhood and masculinity, causing me to feel vulnerable beyond my threshold. But the beautiful course I was enrolled in helped me understand how fragile the word “masculinity” is. The constant load and pressure it puts upon the males of our society to “become a man,” to be conditioned as insensitive creatures and to san all the discussions and talks about this normalized oppression and constraint as it would manifest their unseen, unknown side of femininity.

[Read Related: VICE x Truly: What Pride Means to me]

Understanding this helped me soothe my anger towards my father. It helped me see his unfortified concerns for his son and being the product of his times, he gave into the methods of his father’s upbringing. Of late, I have been vocal about my feelings, and this has mended our bond. Delhi, in all its colors, brought with it some angels who manifested in the form of the most understanding humans in my life. Without their support and irrevocable faith in me, I would have never dared to take such a big leap from the side of constant insecurity and loathing to undeterrable belief in myself to become whoever I wanted to be.

With time and maturity of this enlightenment, I can now even comprehend the strength and beauty of my sexual orientation. I am a gay guy who happens to fall for the wrong men, always. To love them has always felt like “we” have never belonged to this tangible place and neither do our hearts. Yet, here we are. I am making love as we make love to life with no strings attached. This tantalizing fragrance of same-sex love has ephemerality and strength of petrichor — intense but short.

Every time I have fallen in love has been a different experience, just like the varied spectrum of sexuality. Still, the one thing that has been common to all is how easily a man can accept his vulnerability behind locked doors, but even his balls cannot help him do so in the outer world. Everyone is a little gay or has a “gayish” side to them that can be hidden well behind a façade. But, to portray it out boldly is to bathe in the unpretentious mirth of a unicorn ride over the slide of a rainbow.

Aditya Singh is a 22-year-old who identifies as a gay person and prefers to go by the pronouns (ze/hir/hirs/hirself). Ze has led 22 years of hirs life like a turtle, carrying the load of societal norms and prejudices and now finally, ze has reached the finish line of self loathe and depression beyond which lies acceptance and love studded among glimmering stars, unicorns and rainbows.