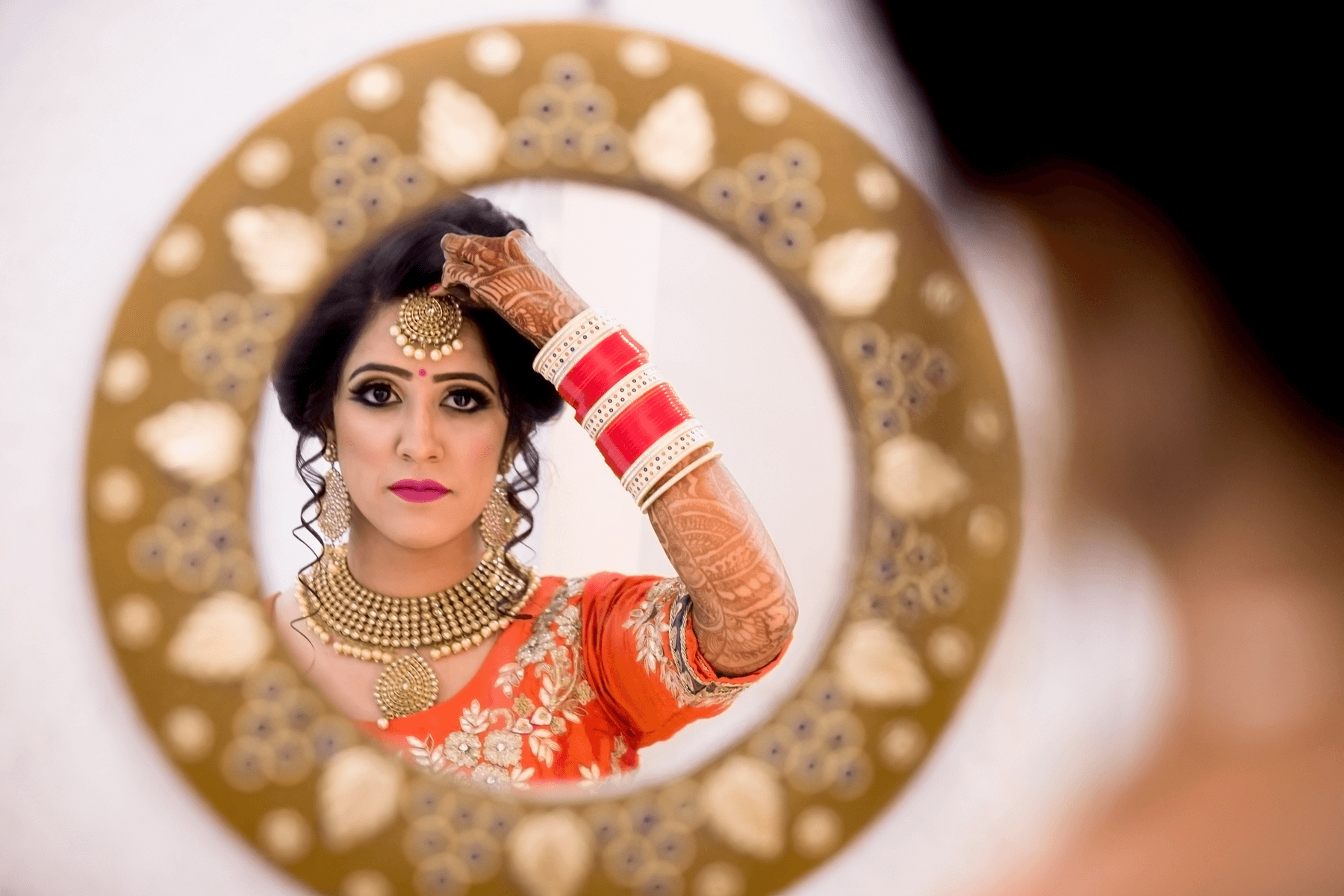 Punjabi bride on her wedding day | Photo by Photographielove via Shutterstock

Like many Punjabi kids, I’d grown up watching Punjabi films—almost all of them being romantic comedies. My family, in particular, had a knack for rom-com. The films drew us in through vivid imagery of a Punjab we’d remembered from visiting relatives back home. Sprawling farm fields, welcoming villages full of life, and a variety of modern and more traditionally-designed Punjabi homes. No matter what, Punjabi films constantly have us yearning for the land of five rivers. Yet, there’s something that, to this day, has been nagging me about these films.

Punjabi films typically fit within one of two genres, or both: romance and comedy. Audiences love watching lighthearted rom-com, as a way to escape the harsher realities of life. Often, these storylines follow a young couple desperate to maintain their relationship in spite of various obstacles, such as familial acceptance (or, lack thereof). Despite the focus of these films on the young couple, the spotlight tends to be on the male protagonist.

Ah, the typical Punjabi movie hero. As an upper-caste man—usually portrayed as the underdog of the film—with too much time on his hands, he spends the majority of the film chasing after the girl of his dreams. The girl of his dreams, the female protagonist, on the other hand, remains largely unknown to audiences. She’s there, ultimately, as the hero’s prize—the prize to his endless pursuing and evading of her family’s wrath. She, as a love interest, must be prim and proper—what is considered “beautiful” within Punjabi society. Ultimately, she’s a light-skinned, mild-mannered, upper-caste woman who’s deemed “worthy” of the hero’s affections. She cannot be a lower-caste woman, cannot be darker-skinned, and cannot have non-Eurocentric features. She, most certainly, cannot get angry and yell, or express herself in any way, shape or form.

Her role also extends to being a devoted daughter within a patriarchal household. Committing to her role as the devoted daughter, she must shy away from any advances made by the hero and must avoid him like the plague. Above all else, she’ll ultimately agree to an arranged marriage made on her behalf—for “the good of the family.” As the ideal woman, she ultimately has no say or input in the decisions the men in her family make for her. Rather, she must be content and grateful for the outcomes.

Her role as the devoted daughter and the perfect love interest is written to show Punjabi audiences what an ideal daughter, and woman, should be. It’s important to acknowledge the fact that, more often than not, these films and characters are written by men. These men are likely to be upper-caste, wealthier men, who have no inclination to represent the diverse population of Punjab.

They’d much rather stick to the status quo of portraying light-skinned, upper-caste folks that fit “acceptable” beauty and lifestyle standards. The creation and characterization of female protagonists in Punjabi films are the idealized versions of women created by these men. The female protagonist is the “ideal woman” in a society run by the patriarchy.

On the other hand, the hero continues his pursuits, pouring out his feelings and sharing his agony with the audience. The audience will then subconsciously root for him to get the girl. Rather than understanding boundaries of any sorts, he’ll begin wearing her down—to the point where she’ll maybe, finally, consider him as a viable love interest. Towards the end of the film, the hero will get the girl, convince her family that he’s good enough for her, and they’ll live happily ever after. In all of the runtime, the female character is merely reduced to the love interest to be chased and worn down. We, as an audience, never see her point of view fleshed out. She is merely there.

Mainstream Punjabi films still have a long way to go in regards to the portrayal of female characters. Punjabi women’s stories cannot go unnoticed. We must be centred in our own films. We must be portrayed as we are; with varying body types, skin tones, ideals and values, as well as different lifestyles. Though, with newer releases focusing on female characters, such as the 2019 film “Guddiyan Patole,” one can hope we’ll see more of women’s stories front-and-centre.

Parneet is currently studying English Literature & Language, with a heavy focus on topics relating to race, gender, and sexuality. She has been an avid reader from a young age, particularly of Contemporary novels. In her free time, she’s often binging sitcoms and rom-coms, writing, or picking up a new hobby or two.