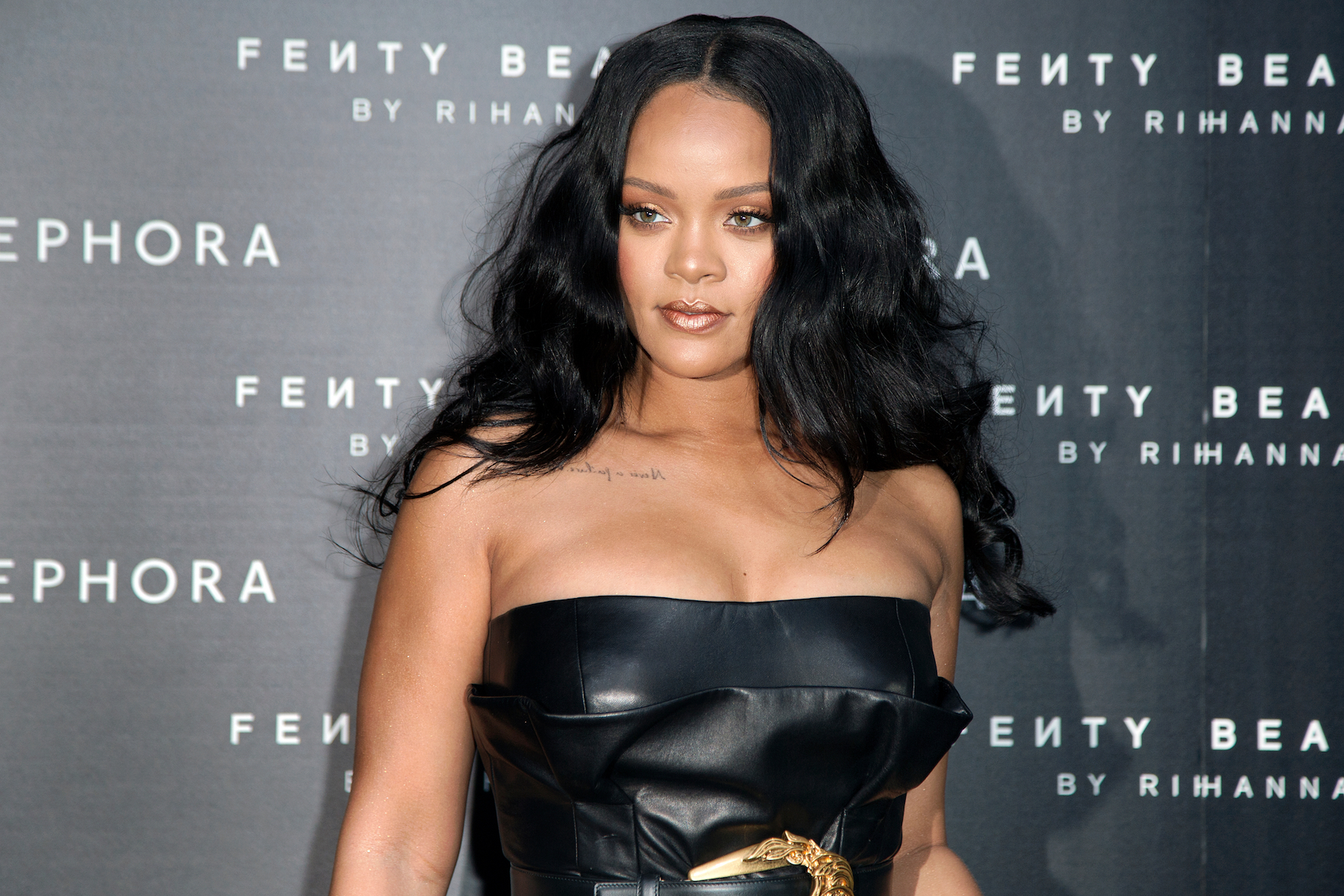 Photo by Andrea Raffin via Shutterstock

A version of this article was first published on DissDash and republished here with permission.

Social media has been ablaze with controversy over risqué photographs posted by Rihanna for her lingerie line Savage X Fenty — each of which having irresponsibly appropriated and accessorized sacred Hindu spaces and iconography. South Asians across the globe have called out the singer, brand, and featured model for their blatant and continued disregard of Hinduism. The recent topless photo of the singer clad in purple shorts and wearing a Ganesha pendant catalyzed conversation about the appropriation of Hinduism.

But this conversation first started with the Valentine’s Day-themed photoshoot for Rihanna’s lingerie line Savage X Fenty. Model Jhardan Reign was shot wearing a revealing ensemble consisting of a corset, thong, and Cupid’s bow and arrow. I was shocked because the photos (which have since been deleted) were shot in front of a Hindu temple. The photoshoot is clearly rude and disrespectful to the Hindu religion as our temples are sacred structures carefully built to house Hindu divinities according to principles outlined in scriptures. 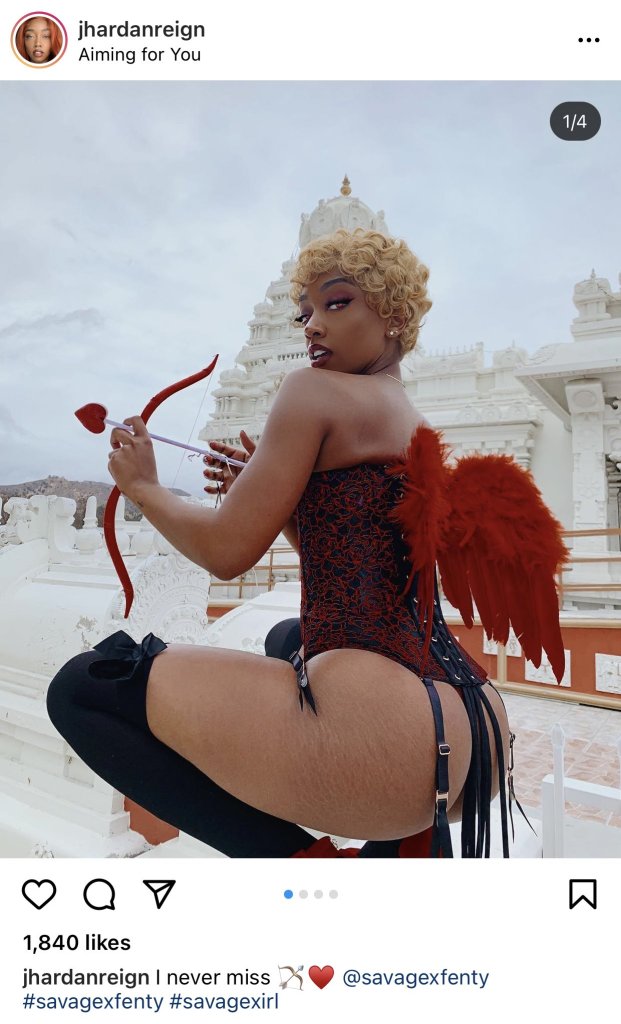 I’m the daughter of a temple builder. Growing up, I saw how much love, respect, devotion and careful planning and preparation it takes to build such a structure. To see a temple carelessly being used as a “pretty prop” for a photoshoot is beyond disrespectful. Would this kind of disrespect be tolerated if a model posed like this in front of a church, synagogue, or mosque?

So far Rihanna and Savage X Fenty have not issued any statements, but both Reign and the photographer of the shoot have apologized via Twitter.

The photos from my Cupid shoot have been taken down on all accounts. I again want to sincerely apologize for offending the Hindu community. It was never my intention and I have nothing but respect for your religion and culture. Thank you for speaking up. It won’t happen again.

Rihanna had nothing to do with this. This was not a paid shoot. We were creating content and we admit to our fault of not knowing more before shooting in front of such a sacred place. We’re deeply sorry for our ignorance, and we have learned our lesson.

However, it is not Reign’s duty to formally apologize on behalf of Savage X Fenty. Most models are told to “pose” — they are not in charge of the “creative direction” of a photoshoot. It is the art/creative director who should be held accountable. Reign stated that the photoshoot was her “own” and not the company’s, yet the photos appeared on Savage X Fenty’s Instagram and Twitter accounts before being deleted. These photos also went public the day LVMH, Fenty’s parent company, announced it was shutting down the Fenty fashion label after two years.

Even if Reign did the photoshoot on her own, she was wearing Savage X Fenty lingerie, thereby representing the brand. A company should double-check what photos they are receiving from their “freelancers.” Perhaps Rihanna did not know about this shoot, but she should still make a formal statement as the face of Savage X Fenty just like she had done for the Muslim community after the hadith was played during a Fenty lingerie show last year. I say this because I’m an art/creative director by profession, and I have directed numerous photoshoots and worked for many celebrity brands. Many celebrities “lend their name” and likeness out to companies, but are not aware of their day-to-day activities.

The world of fashion is notorious for inherently racist practices and irresponsible appropriation of many indigenous, minority, and religious communities’ cultural and spiritual practices. I have worked in the fashion industry for more than 20 years and been a firsthand witness to these damaging practices. For example, how many times have you seen a token Black, Asian, or brown model posing with a white model who is placed in the foreground of a photo? BIPOC bodies are not props, and we should be given equal compensation, representation, and opportunities in the fashion industry. How many times have you seen white models shot in “exotic” locations such as Marrakesh or Jaipur wearing traditional clothing and accessories and coined as “pretty”? Again, it is culturally-insensitive, rude, disrespectful and inappropriate! Despite its claims of inclusivity, Savage X Fenty is no different from other fashion companies in its practices, and the company, Rihanna and the creative director(s) (and the fashion industry at large) need to be held accountable for this photoshoot.

[Read Related: Why Do We Say No to Holi? A Guide To Challenge Casteism]

I advise the world to do your research if you are “inspired” by a certain faith or faiths. Research! Respect! Repeat! My own artistic work is reflective of this sensitive approach to creativity. I am Hindu, but I do create Islamic/Arabic art. I even started a fashion/art line as a way to bring about peace, unity and understanding between Hindu and Islam practitioners and to celebrate our shared traditions. I make sure every single piece of design I put out into the world is first seen and then approved by an Imam, Sheikha, or Sheikh of the Islamic faith.

A lack of research and education can also lead to ignorance even in our own communities. Someone commented on Instagram saying,

“[C]riminalizing sex is a colonial concept, not Hindu as Hindus have a lot of figures of partially clad men/women etched on temple walls in India, being a Hindu my faith is strong enough not to be disrespected by a lingerie shoot outside a temple.”

Neither sex nor sexy lingerie is the issue here: the concept behind the photoshoot is. ”Posing” with your backside turned toward a house of worship is disrespectful.

Just as the Muslim community rallied together quickly and swiftly last year, Hindus, too, should demand a formal apology from Rihanna and Savage X Fenty. As a woman of color, I am disappointed that Rihanna — also a woman of color — would behave like this, especially when I thought she would be a more responsible ally for minority communities (not to mention she rallied for farmers protesting in India last week). She and her creative team should be held accountable instead of just getting away with deleting questionable content. Let’s do better collectively without tearing one another down and further enabling cancel culture.

Sangeetha Kowsik was born and raised in California, is a graduate of Parsons School of Design, and a NYC-based fashion/graphic/museum designer, interfaith chaplain, and an established gallery artist. She serves as the Hindu Chaplain/Spiritual Advisor of NYU and Columbia Universities, founder of NYU Hindu Center, and a founding member of NAHCA (North American Hindu Chaplain Association). She is affectionately known as the #pujaqueen because she loves her pujas. She was awarded “Chaplain of the Year” for her interfaith initiatives by Chelsea Clinton. Her brand IhsanIshan Design works for religious, cultural and ethnic unity by connecting across global cultures through art and design, told through the art of Arabic calligraphy.