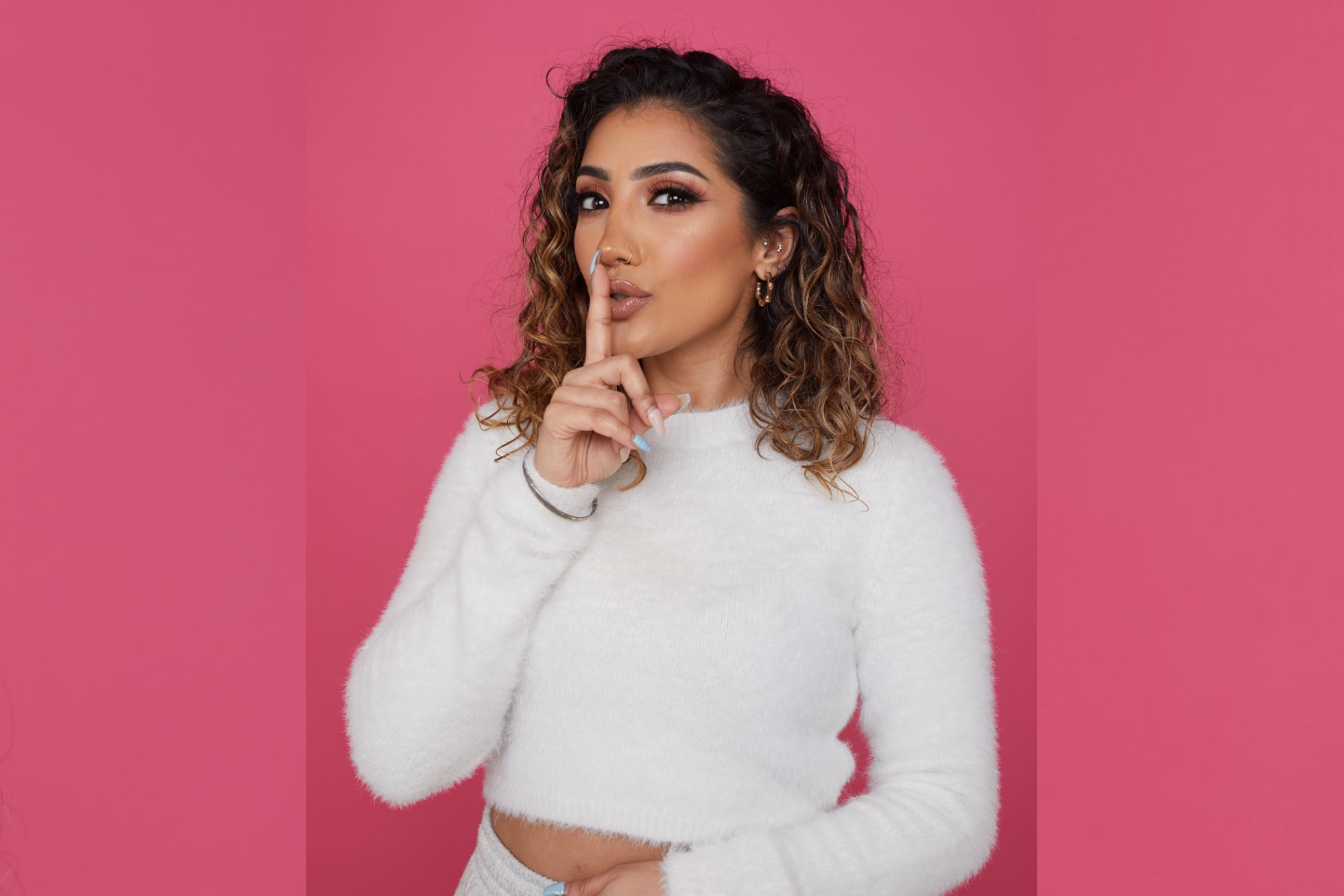 Meddling, judgemental, often brutal and bordering on toxic, South Asian ‘Aunties’ are an entity unto themselves. They thrive on gossip; their dreams are made up of matchmaking successes, and they simply love having unwarranted opinions about anyone and everyone. They don’t necessarily have to be related to you, but they’ll still feel the need to comment. Such is the misery of growing up South Asian. It’s not the silence but the chatter that is slowly killing the generation.

It’s time to finally put the auntie brigade to task, and famed British beauty blogger Anchal did just that with her bold, no-filter podcast, aptly titled ‘What Would The Aunties Say’. From mental health and interracial relationships to colorism, Anchal touches upon a variety of topics that are otherwise deemed taboo in South Asian culture. She speaks at length with her guests, sharing their experiences with the South Asian community’s stereotypical approach to real-life issues made fairly uncomfortable over time, while revisiting her own personal journey as a brown girl.

[Read Related: Dear Aunties, Stop Telling Me It’s My Turn to Get Married]

Anchal has always been quick to find gaps in the digital sphere and take on a route less explored. She started doing make-up tutorials on YouTube at a time when there was barely any representation of brown skin in the beauty industry. It wasn’t long before she became an online sensation for her unbiased reviews, with brands like Garnier, MAC, and more approaching her for collaborations. In the same vein, Anchal spotted the gap in difficult conversations that needed to take place within the South Asian community. The conversations often dodged like bullets coming our way because we’ve been raised to believe that speaking our minds, especially in front of elders, is a show of disrespect.

In an interview with Brown Girl, Anchal unpacks the need to ruffle some feathers and discuss issues out in the open to normalise the idea that “it’s okay to go against the grain.”

‘What Would The Aunties Say’ is a very interesting name for a podcast that you just got done with. Tell us a bit more about the idea behind it?

As brown girls, we’re always worrying about ‘what will other people think?’ whenever we want to do anything and the people whose opinion we care so much for are usually gossiping aunties. Every family has one…or a few! I wanted to create a space where we could talk about topics that would probably send shivers down an aunty’s spine if she heard what us young brown girls really had to say. I wanted it to be a judgement and ‘Auntie-Free’ zone so we could finally address topics that are really important and have played a huge part in shaping us to be who are today. The good and the bad, all while having fun with it.

Have the aunties ever said anything to you? Has there been a particular instance in life that sort of became a driving factor in you always wanting to start something along the lines of ‘What Would The Aunties Say?’

The reason I wanted to start a podcast along these lines was because as I grew older, into my twenties, I started to question things a lot more. Why can’t we marry someone from a different race? Why are brown girls not as favoured as boys? Why can’t we drink alcohol? I just started to notice how much there is to think about for brown girls, and guys sometimes too.

If I’m honest, it’s a lot of pressure trying to find yourself, all while pleasing the people around you. I didn’t really have anyone I could relate to or knew anyone that felt the same as me. I would question myself and who I am and whether I am good enough if I’m not following certain protocol and it made me feel quite alone. The purpose of the podcast was to help other brown girls, like me, who also feel alone in these situations. I want them to know that they ARE good enough even if they’re going against the grain.

What are the aunties saying now? How has the response been from your community now that you’ve touched upon some crucial and some taboo topics out in the open?

The response has actually been amazing. I can’t say I’ve completely changed the minds of the people around me. However, by allowing them to hear these topics so openly spoken about has definitely been thought provoking for them. We’ve even had deep discussions in my own home since my family have listened and that’s all I could ask for at this point really. As for the brown girls that have listened, the response has been so positively overwhelming. I’m so touched that so many other people feel the same way and can relate. It’s definitely made me feel less alone, and in turn them too.

You’ve discussed a range of topics, but what has been your biggest challenge growing up with this dual South-Asian-British, identity in a traditional South Asian, Punjabi household?

I think my biggest challenge has been trying to understand and accept my parents’ views, while trying to be my most authentic self and live a life that makes me happy, and hope that they too can understand my views.

[Read Related: The Evolution of Sexism: What it Looks Like for Brown Girls Today]

South Asians within themselves are a very diverse community with a host of subcultures. And then there are also religious differences to account for. Has finding relatability with your guests on a topic been a struggle at times?

No, not really. Fundamentally, we all have had similar upbringings in some way shape or form. For some brown girls we may have been able to have slightly more freedom in some things, while others have been far more restricted. But I think there is an unspoken understanding between us. We will always be able to relate with each other, and if not, can understand why things are the way they are for another brown girl.

There are a number of South Asian-focused online platforms highlighting similar cultural predicaments within our community. How do you think your podcast stands out?

I think my podcast stands out because it’s very personal. I share stories and parts of me that I have never shared before and so have my wonderful guests. It’s like listening in on real conversations or being a part of a conversation, you would have already had with a friend. Aside from that, I also like to have a laugh from time to time. I know these are serious issues and topics, however being a brown girl isn’t all doom and gloom and I wanted to put that across in my tone.

Now that you’ve completed Season 1 of ‘What Would The Aunties Say’ successfully, what do you want everyone listening in to take away from it?

As I’ve mentioned before, I want them to know they’re not alone in whatever they’re going through. Whether that’s something as little as trying to dodge loud and nosey Aunties that turn up to your house, or something big like having parents that aren’t understanding of your mental health, whatever it is, I promise you are not alone. Secondly, I want them to know that they are worthy, and they are capable of anything.

Will there be a season 2? What should listeners expect?

Most definitely! After the amazing response, how could I not haha! I can’t tell you too much, however what I will say is that we’ve only just touched the surface with Season 1 and the topics and conversations are about to get a whole lot deeper! I’m really excited to have you all join in and listen!

If the success of Season 1 is anything to go by, we are sure the next season of “What Would The Aunties Say” will definitely be worth the wait!